Mixed data released today shows that ISM Non-Manufacturing PMI rose, while Factory Orders declined, as shown on the graphs below…conflicting messages for a second month. Take your pick as to which one you like! 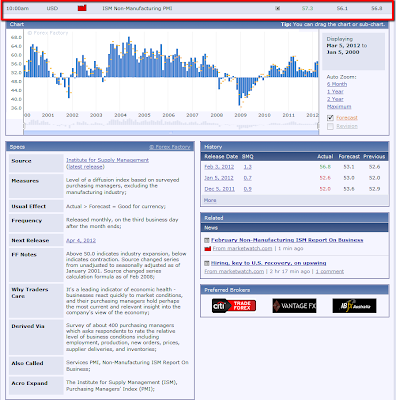 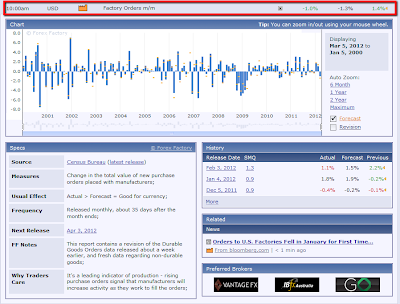 The 4-Hour charts below of the YM, ES, NQ & TF show that the YM, ES & NQ are at the bottom of their trading ranges, while the TF has broken below (last week)…the YM, ES & TF are currently trading below their 50 sma (red). Selling came in on all four e-mini futures indices after these reports were released. A break with conviction and hold below these current levels, would be bearish. Various Fibonacci retracement levels are plotted on each chart (taken from their January low) and represent support levels, as well as the 200 sma (pink) and the Monthly Volume Profile POC (heavy horizontal pink line)…ones to watch this week. 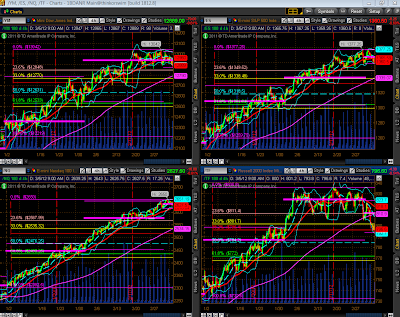