~~~
***PLEASE NOTE that in the interest of conserving space on this post, I've provided links only to my charts and graphs again this week.
~~~

As shown on the 1-Year Daily thumbnail charts below, you can see that price is either pushing up to new highs (TRAN & RUT) or up towards last year's highs (SPX & INDU). UTIL & NDX are lagging at the moment. I'll be watching for signs of weakness in the leaders or strength in the laggards in the coming week(s).
As shown on the 1-Week percentage gained/lost graph below, the NDX made the largest gains on the week, while the UTIL made losses. We'll see if the NDX continues to play catch-up to the other Indices now.

As shown on the 1-Year Daily thumbnail charts below, most Sectors are continuing to push to new highs. Technology, Energy, and Utilities are lagging — confirming the above Indices. We'll see if the markets continue to add risk next week(s), and if they begin to buy into XLK, XLE & XLU.
As shown on the 1-Week percentage gained/lost graph below, the largest gains were made in Healthcare, followed by Materials. Utilities made losses.

Ratio Charts comparing the SPX to other Major World Indices

I last wrote about these in my post of December 14, 2012.  I mentioned that the SPX was weaker than other Major World Indices and had been trending down from mid-2012. It was at/near some form of horizontal, downtrend, or moving average support level, but on accelerating bearish downward RSI below the 50.00 bull/bear level, and was the theme to watch going forward.
As shown on the 3-Year Weekly ratio charts below, the SPX began to bounce last week, and it either continued modestly higher or retraced somewhat this week.
I'll be monitoring these ratio charts over the next week(s) to see if the buying in the SPX continues to outperform other Major World Indices — the RSI, MACD, and Stochastics indicators are turning up (and the RSI is above 50.00 in some cases) to signal that this may continue — and whether the U.S. is, in fact, the "best place to invest for 2013," as some analysts/fund managers have been claiming lately on (U.S.) national television.

I last wrote about these in my post of December 28, 2012. They had been losing steam as measured against either the SPX, or in the case of the European and Chinese Financials, against their country's Index.
As shown on the 3-Year Weekly charts below, the only one that has been picking up steam and outperforming its Index is the European Financial Sector. However, the others are poised for a breakout above major resistance levels and may hold clues for further accumulation of riskier assets — ones to also watch over the coming week(s).

I last wrote about these stocks on December 14, 2012. We'd seen some buying on these beaten-down high beta stocks — signalling an interest in riskier assets.

As shown on the 2-Year Weekly charts below, this past week was no exception — also ones to watch going forward.

Please see my comments in my earlier post today (Friday) with reference to the U.S. $, Canadian $, the Homebuilders ETF, Lumber, Oil, and widening Trade Balance Deficits for the U.S. and Canada.

As shown on the 5-Year Weekly chart below of 30-Year Bonds, price closed back above major support on the week on higher volumes than the prior holiday week. I'd watch for a break and hold below last week's low on accelerating volumes, before I'd conclude that selling has begun in earnest.

In summary, we'll see whether:
I'd look for confirming volumes on any breakout/breakdown of these markets.
~~~
Enjoy your weekend, and good luck next week! 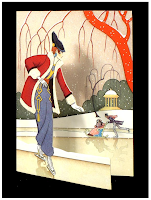