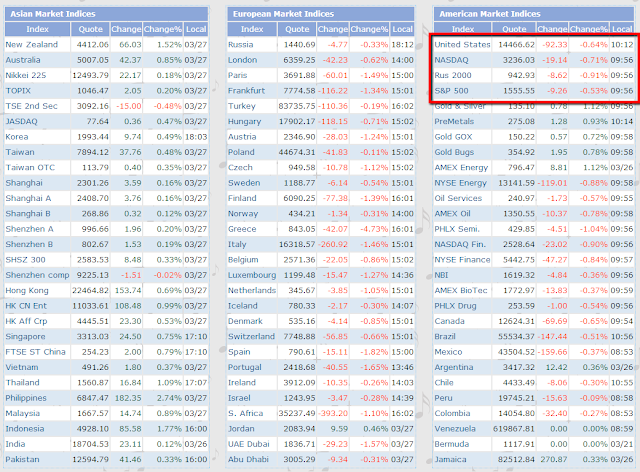 UPDATE: 1:15 pm EST: Which market has been hurt the most over the past couple of days by the Cyprus banking crisis? Hint, see data below, as well as yesterday’s post. 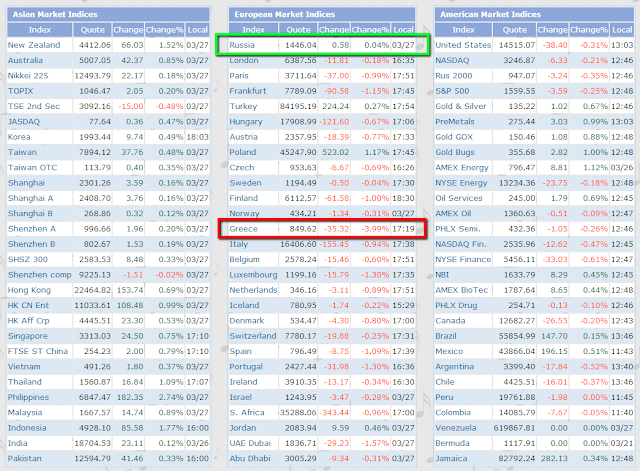 UPDATE: 7:15 pm EST: This Daily ratio chart of the Russian Index vs. the Greek Index shows Russia’s relative strength over Greece for the past two days. A break and hold above 30.00 could launch it higher above the trading range that it’s been in since last November on further weakening of Greece, while a break and hold below 25.00 could signal much more trouble ahead for Russia. 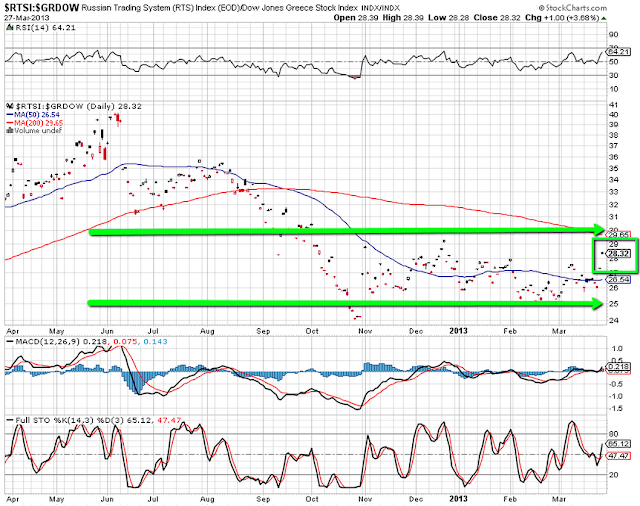 In the meantime, Brent Crude Oil and WTIC have both popped during the past several days, as shown on the Daily chart below. We’ll see if Brent now holds above its 200 sma (109.44), as all three indicators are pointing to a further rally…its next target would be the 50 sma at 112.70. WTIC is approaching major resistance, but it may break above and follow suit if Brent continues to rally…100.00 would be the next upside target. 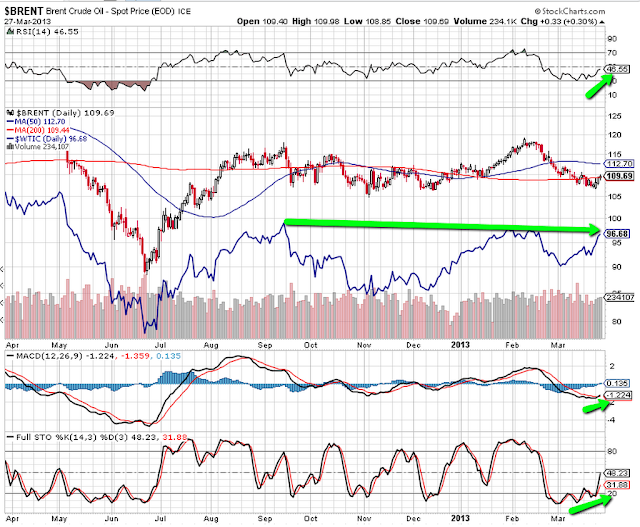 The following Daily ratio chart of Brent:WTIC shows a very slight stabilization (at a major support level) in the spread between the two over the past couple of days…one to watch to see if that continues, or if it begins to widen in favour of Brent, once more. 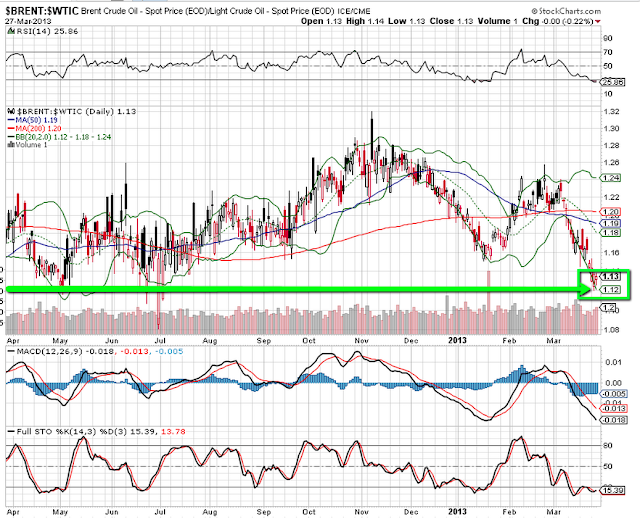