This Daily ratio chart of the Russian Index vs. the European STOXX 50 Index shows that Russia has been much weaker and is sitting on major support. A break and hold below that level could indicate more disruption ahead for both of those nations. 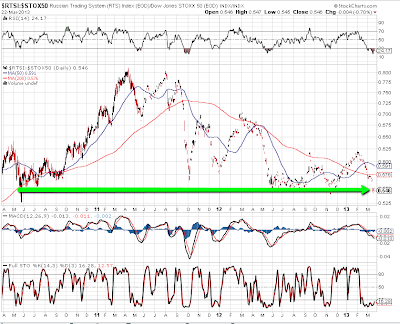 Price has closed just below major support on the following Daily chart of the Russian Index vs. the SPX. I’ll be watching for a continuation of weakness in Russia below what is now a major resistance level, particularly if we see another bearish “Death Cross” develop. 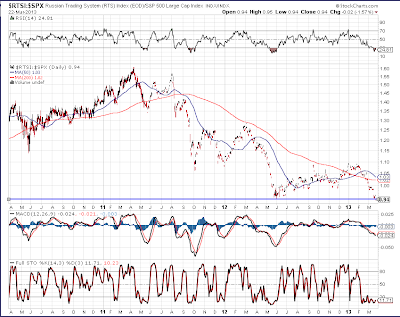 In the meantime, the following Daily ratio chart of the Russian Index vs. China’s Shanghai Index shows that price has now dropped below major support as Russia continues to underperform China. A hold below that level, as well as the formation of a bearish “Death Cross,” would signal further weakness is in store for Russia. 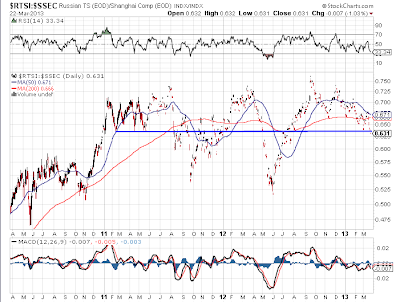 China’s Shanghai Index has been outperforming the SPX recently, however, as both the 50 and 200 smas have converged at a major support level just below Friday’s close, as shown on the following Daily ratio chart. A drop and hold below that level could signal much further weakness ahead for the SPX, particularly on the formation of a confirming bearish “Death Cross.” 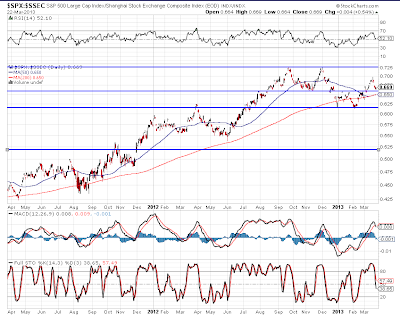 On the metals side of things, I’m watching to see if price drops below major support and for a bearish “Death Cross” to form on the following Weekly chart of  Dr. Copper. 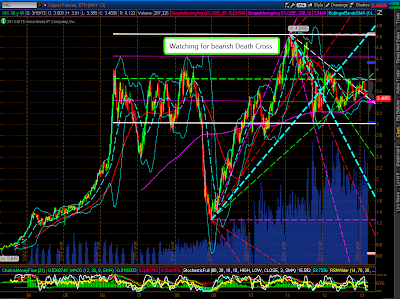 In the meantime, we’ll see if price bounces at this major support level to reverse a recent bearish “Death Cross” on the Weekly timeframe of the following chart of Platinum. There have been increased interest and volumes in 2013 and at this level. 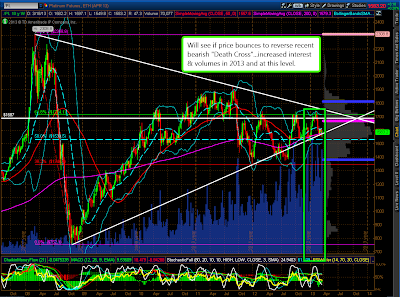 Further weakening of these two metals below their major support levels may finally have a negative influence on equities…ones worth watching.

The Commodities ETF (DBC) has fallen below major support on increased volumes, while the AUD/USD forex pair has rallied to a major resistance level, as shown on the Weekly charts below. 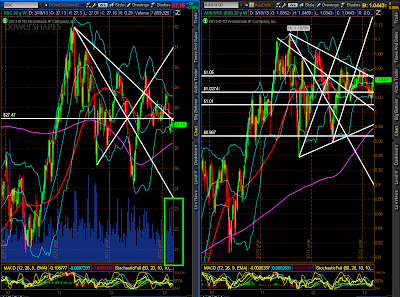 No doubt, North/South American traders will be watching for overnight reaction to the developing situation in Cyprus in the Asian, Russian, and European markets, as well as the currency and commodity markets (also see my last post on Brent and WTIC). We’ll see if the VIX pops or drops (as it sits just below major resistance) when the SPX begins trading on Monday. 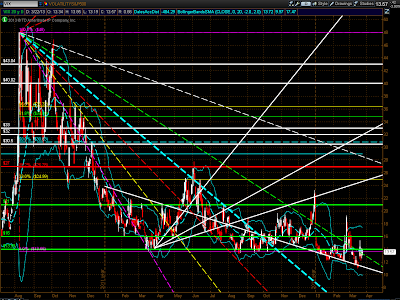