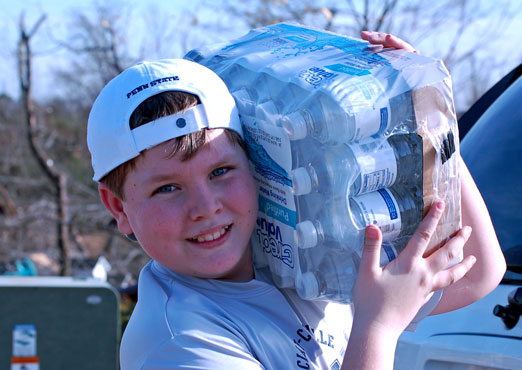 The Webcast was hosted by the WSJ’s own Sudeep Reddy, who was indeed ready to take the mound, lobbing one soft ball pitch after another down the middle of the plate, right into Hilsenrath’s predetermined sweet spot for the deep long ball.

John promptly clocked the first pitch with his corked bat, sending the juiced SPX baseball sailing right over the bleachers at Citi Field of FOMC dreams.

Just in case you missed the pregame game show, the following are the well orchestrated play by play highlights in slow motion, direct from the horse’s mouth:  (I have paraphrased below, as accurately as possible, the actual live WSJ interactive session.)

Important meeting at the FED today and tomorrow, they are having consequential discussions on interest rate strategy.

Not much has changed in the economy since July.  The key indicator remains the employment rate  (Not consider it the best indicator of the labor market slack) which hasn’t changed and remains at 6.1% exactly where is was when they met in July, so there has been no notable improvement on that.  On Payroll employment growth; that has actually slowed down a bit, as we were getting very strong payroll numbers earlier in the year.

The inflation numbers that had picked up earlier in the year, have settled down, still under 2 %. The one change I see is on the growth front it looks a little stronger than it did in July.   We could see upward revisions for 2nd quarter growth, it looks like 3rd quarter growth is finally coming in at 3% trend which they have been calling for.

BUT they are a data dependent institution and what the data is telling them is that not much has changed since July.

EVERYONE at the Fed agrees, everyone I have talked to at the FED anyways.  I just did a big profile of Yellen, I spoke to a lot of people for that story. They have ALL noted that they job market improvements have been greater than they expected so far this year.  They had initially thought 6.3-6.5% by the end of the year.  They feel that they need to be responsive to that. HOWEVER, most of the employment improvements came early in the year, and those improvements have stalled out a bit and settling down in pace recently.  And, that kind of complicates their discussion, because A lot of THEM, both hawks and doves are now getting uncomfortable with the rigid guidance which is set in their previous policy statement on interest rates, which categorically states that they are gonna keep rates low for quite some time after the bond buying program ends.

There is an internal debate going on right now, as we speak, regarding what to do about that guidance, and this economic backdrop certainly complicates it.   Because, a month or two ago you could make an argument that things were improving rapidly, more than they had expected, so they needed to move more quickly so as to alter that forward guidance that they had suggested.  Now that the pace has settled down, it has taken a little heat of that consideration.

There are two very important phrases in their statement:  “Considerable Time” & “Significant under utilization of resources in the labor market” (a trigger point).

Lower Energy prices and USD strength, which reduces import price pressures, both give the fed cause and leeway to be patient.

What they have to do now is look through two narratives;   One narrative is that during a lot of this recovery we have seen the unemployment going down steadily, almost a percentage point per year, however, for the last few months since May it has leveled off.  They have to decide which of these two trends points to the correct way forward.

The other argument is that unemployment been coming down at this consistently fast pace of almost a percentage point a year, and there is no reason to think that that has changed, all the workers are leaving the labor force, and its gonna continue to decline at a quick pace.  This is one reason why they are going to wait and look at couple more months of data before making such an important consequential decision as to when to pull that trigger.

The head line of my thinking is as follows:
The words “considerable time” are still gonna be in there, but they are gonna be qualified in either the statement or during Yellens’ press conference.  A number of Fed officials have become uncomfortable with this phrase “considerable time” they don’t want to be locked into some kind of calender mind set.  The market tends to hold them to that in some black & white binary way, there’s this idea in the market that it means six months, even though they have been trying to say for a long time now that they are data dependent, and when they raise rates it will depend on how the economy is actually doing.

Everyone from Eric Rosengren, one of the Feds most notable doves, to Charlie Plosser, one of the feds notable hawks, is saying that they want to change that language.  And anyways, they have to change that language some how by October, as they have attached the words “considerable time” to the bond buying program that their doing. What I mean is that they have said that they would keep rates near zero for a considerable time after the bond buying program ends, well, the program ends in October, so they got to change that formulation.  They are having a debate right now about how to do that.  The question is how.  Given the economic backdrop; they don’t want to send a signal right now that rate increases are imminent, or that they are locked into a March rate increase period. So I think what they are gonna do at the end of the day is qualify the way they describe the term “considerable time”

There’s a little saying that we should all keep in mind; People in the market often say, “don’t fight the Fed”, well, what I’m gonna say to you now is “don’t over think the Fed!”.  Very often, what they’re doing and where they’re going s sitting right before your very eyes.  So I have Janet’s Jackson-Hole speech sitting right in front of my eyes now.  And, she’s been saying this several times.  She said it in JH in August, she said it in front of the Senate and House in July.  When she talks about this “considerable time” frame work that the Fed has, she has been qualifying it for the last two months, and I’m gonna read it to you:

Yellen at Jackson Hole, Wyoming:  “But if progress in the labor market continues to be more rapid than anticipated by the Committee or if inflation moves up more rapidly than anticipated, resulting in faster convergence toward our dual objectives, then increases in the federal funds rate target could come sooner than the Committee currently expects and could be more rapid thereafter. Of course, if economic performance turns out to be disappointing and progress toward our goals proceeds more slowly than we expect, then the future path of interest rates likely would be more accommodative than we currently anticipate.”

That is the qualification that they have been trying to get people to embrace, and that becomes the new place holder qualification that they will use at this meeting.  One other main point.  The FED is a big institution with a lot of inertia, and they have been having a debate about their exit strategy for several moths, and they want to rap that up at this meeting, and that becomes the focus of a lot of discussion today and tomorrow.  One of the headlines they are gonna come out with is formalizing some of their exit plan.  It becomes a lot, in their mind, for the market to digest both an exit strategy and change their guidance at the same time.  That’s why I think on the guidance front they qualify and leave the hard decisions on the exit out for another day.

I don’t think Janet is comfortable with the generally accepted view that she’s an uber dove, who’s never gonna raise rates.  I think she wants people to see that she has a balanced view of the economy, and that when push comes to shove she will make the tough decisions when she needs to.

The Fed doesn’t believe there is a financial asset bubble, when they look at overall leverage in the financial system, the debt carried at financial institution for instance, they don’t see the kind of leverage that we saw preceding the housing bubble that blew out in 2008.  So, they don’t think there’s a financial instability problem right now, they’re watching it very closely, they’re watching things like leveraged loans and sub-prime auto, they don’t think there is a bubble, as a result, they believe they have some breathing room for now.

The alternative course is the late and fast path, in that path, they wait until they see unemployment much lower, and they wait until they see inflation clearly near their 2% objective, they don’t do anything until they are sure the economy is back on its feet.  At that point they are prepared to quickly raise rates back on its normal path. That approach is not directed at the financial stability problem, but rather at getting the macro economy back to where they want it to be.  They are debating these two different courses right now, and financial stability is very much part of that discussion they are having about interest rate strategy.

On Job polarization.  The problem with job polarization is that you have Jobs going to the low end and jobs going to the high end, and the people in the middle are basically stuck.  Since they don’t have the skills for the high end, they tend to migrate to the low end, and that actually puts pressure on low end wages. There are a number of reasons why this is happening related in part to technology and globalization, and that is why we are seeing a two tiered recovery right now.  Jobs and wealth are being are being created in large scale for the high income household, as well as many more jobs on the low end.  The question is how do fill in the middle.  Traditionally, these were manufacturing jobs that we were talking about, and since we have a competitive global market place and a an automated domestic market place, it makes it harder to create a lot of those jobs that the middle class depended on for so long.

Janet Yellen really doesn’t want to go there, and move the balance sheet to 7 trillion USD.  Also, she doesn’t want to make promises that interest rates stay at zero until my kids get out of graduate school. So there is a strong argument inside the Fed for really waiting until you’re sure you see serious traction in this economy before you start raising rates.   And, that’s the late and fast approach as opposed to the soon and slow approach. However, they haven’t resolves that, and that’s exactly what they are talking about there.

Finally, the Fed has been working on exit strategy tools.  They will further formalize some of those tools that were laid out in July’s meeting regarding Interest on excess reserves & overnight Repos among others………

So there you have it, direct from the NY Fed team’s designated hitter.  Batter up!  Don’t strike out.

Courtesy of the SlealthFlation Blog
Mark This Post as a Favorite