the media, as well as people I come in contact with, who once again, are talking in tone and tenor that this new adversary that means us great harm is some how not as great of a threat because “they are over there and don’t have the means to get over here.” I must ask: Is this all we’ve learned? i.e., Nothing.

I would like to remind whomever might take the time to read this of a few thoughts and facts.
First: The group that successfully launched and executed the horrific on U.S. soil that we are remembering today were not an army over there. Most were here on visas in one form or another. In other words: legally.

Second: Currently we have two known Americans that left the U.S. to fight along side this current threat and if they were not killed in battle – they could have just re-entered and be living, and plotting another more horrific attack right next door to you. And, as of today it’s still possible for others.

Third: Just by the very act of you reading this you are less than one degree of separation from knowing one of the actual people killed on this day. I’m sick too death of hearing people spew rhetoric in some form of arms length narrative as if the next horror again might happen to someone else and not anyone connected with them personally. My suggestion to all of them is to stop talking and start thinking. There are more people here today (in fact exponentially more) on visas from counties that would just love to see a repeat. And more than 6000 of them have not only over stayed – but are lost somewhere within. That puts an average of 120 in each state across America. Maybe – they’re right next door to you. Now how reassured do you feel when someone in the media states the “improbable” aspect that something can’t/won’t happen to you or your family because: “They’re isolated over there.”

This whole threat to you, me, and our way of life is not something to take lightly, or to try and brush aside as if thinking you or I couldn’t be next in whatever plot is possibly conspired, because after all, if one can see the amazing proximity one can be in 6 degrees (or acquaintances) of Kevin Bacon. Once again I remind you if you wish to ponder more fully, just by reading this you are only 1 removed from my friend who was on that plane you see hitting the towers. Think about it.

Life is precious. And, when it ends for what ever the reason, at any time, chances are you will not have any control of the timing, or the circumstances. So live to your fullest everyday. Regardless of where you are in life for the unexpected, and the horrific, can happen to you, not just someone else. 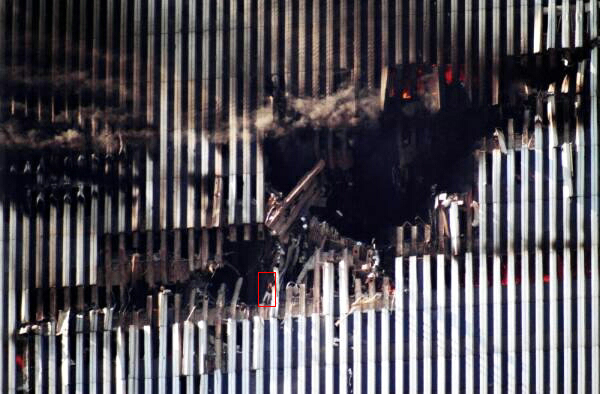 When the tragedy on 9/11 happened it changed many of us, if not all. Like most, I remember exactly where I was. I also remember standing in line at my local bank moments after it happened watching the televisions while waiting in line in utter disbelief along with everyone else in the bank. For all of us – time had stopped.

The days and months that followed with the stories of heroism and the outpouring of help and support are well documented. For myself living in New England at the time one had either gone to Ground Zero personally as to try to offer any help, or someone you knew had.

I owned a local deli at the time. The owner of a company which supplied me with breads went back and forth to Ground Zero nightly to pass out muffins and pastries to the rescue teams working through the night only to drive back to New Hampshire to then start his own deliveries.

No one complained. No one ever mentioned how hard it was. No one was looking for any credit. It was just done. Period. That’s just the way it was and how everyone viewed it.

On that day many of us changed. We viewed life a little differently from that point. Life suddenly hit you with laser focus. You could no longer trivialize the sage of “life is precious.” You now clearly understood the meaning of death can come at any moment. From anywhere.

No longer was this an esoteric exercise. This was life at its core, and it was playing out in front of our eyes leaving no gray area to ponder. You either got it – or you didn’t. There was no middle ground.

To honor that tragic event I myself set new rules, new guidelines in how I was going to go forward in life. I decided I would live life – my way, by my rules. And, if I were to die today – so be it.

I could say this because I truly was going to ensure I was living.  Not just some bystander in life trying to merely exist, or just get by like so many other do. Those are not the reasons why we’re given life. It’s given to us to live. To be alive. It’s not to play in some endless game of “go along to get along.” Rather, it’s to use what ever talents we have, or develop them and push ourselves to not just survive this game, but rather, to play on offense and thrive! That, is the epitome of living in my world.

September 11, 2001 changed my life forever, Yet, to honor the lives of the people who perished on that tragic day, I decided to use it as a reminder that while on this Earth, I should make sure I was engaged in living.

Live everyday. Take nothing, nor anyone for granted. Live today.

For you see, Peter was not just someone who tragically died on that day. He was the younger brother of my close friends growing up.

Life doesn’t just happen to someone else. It happens to us all.