A Brazilian Reasons To Be Bearish

In a recent post (“A Brazilian with a Sudden Rip of the Wax”), Tim noted that Brazil ETF EWZ was in free fall. For those who haven’t been keeping up on the bad news from Brazil, the headline of this AP article from Tuesday will give you a sense of what’s been happening: “Brazil’s economy plunging; no relief in sight amid political, financial chaos”.

A Hedged Bet Against Brazil

As of Tuesday’s close, you had a shot of capturing that potential return, while limiting your downside risk to 15% – and getting paid to hedge – by using the optimal collar below: 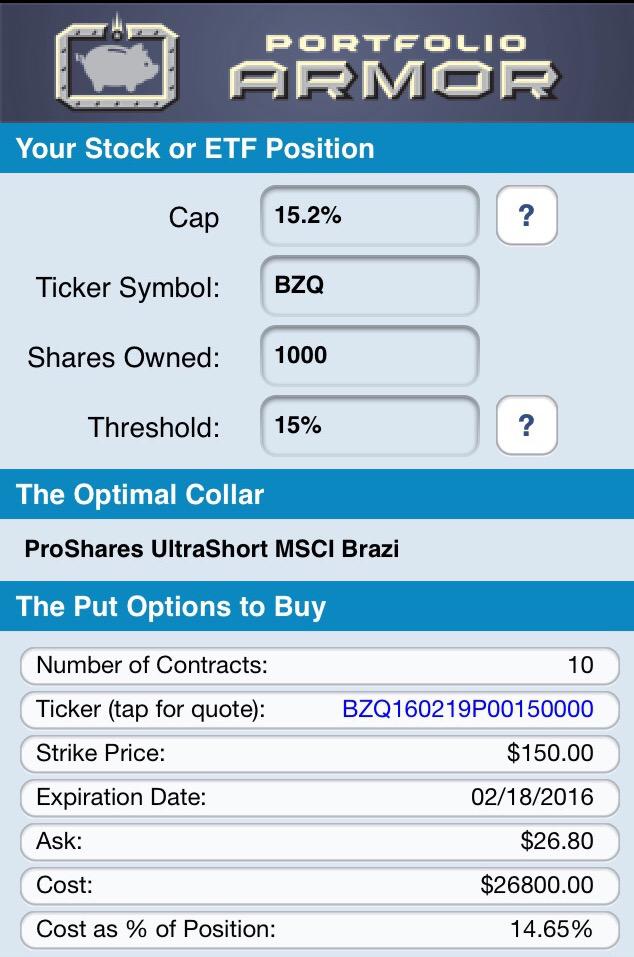 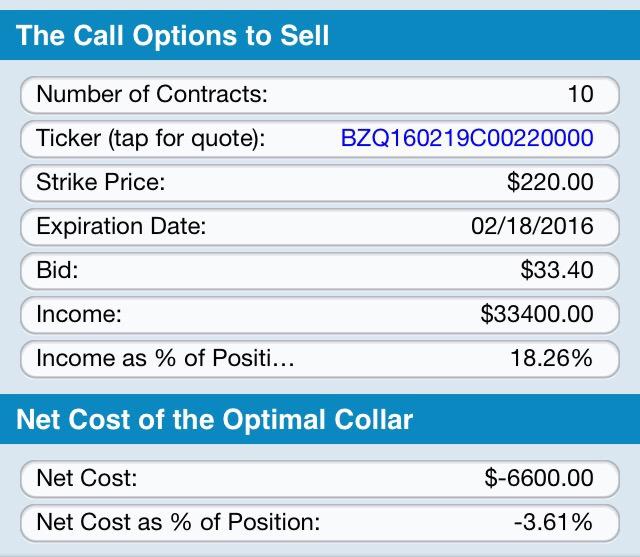 So the net cost of the collar was negative: you would have gotten paid $6,600, or 3.61% of position value to open this collar. Note that this cost was calculated conservatively, using the ask price of the puts and the bid price of the calls; in practice, you can often buy puts for less than the ask (i.e., at some price between the bid and the ask), and sell calls for more than the bid (again, at some price between the bid and the ask). So, in practice, you would have likely collected more than $6,600 to open this hedge. The images above are from the Portfolio Armor iOS app.