His first book, pictured above, was written nearly forty years ago, and it was one of the best-selling books of all time at 35 million copies. He did many PBS specials (featured innumerable times during pledge drives) and spoke to millions of people all over the world. Over the course of time, he morphed away from self-help psychologist toward new-age guru. I’m sure if he wanted to form a large cult, he could have done so, since many considered him essentially a prophet, but he never abused his charismatic power.

I am personally turned off by the whole hippie-dippie Deepak Chopra tea-sipping Sedona Arizona kind of scene, so more recent Dyer books and seminars were of far less interest to me than his earlier stuff. Still, I watched his seminars via YouTube from time to time (particularly during my darker moments over the past six years) and revisited his past writings. I used him as a crutch, and I doubt Dr. Dyer would resent me having done so one iota.

One poem I will never forget is due to Dr. Dyer reading it at one of his seminars. I offer it here, and it was written by famed American poet e.e. cummings:

bellowing through the general noise
Where is Effie who was dead?
-to God in a tiny voice,
i am may the first crumb said

cried the third crumb, i am should
and this is my little sister could
with our big brother who is would
don’t punish us for we were good;

and the last crumb with some shame
whispered unto God, my name
is must and with the others i’ve
been Effie who isn’t alive

just imagine it I say
God amid a monstrous din
watch your step and follow me
stooping by Effie’s little, in

(want a match or can you see?)
which the six subjective crumbs
twitch like mutilated thumbs;
picture His peering biggest whey

coloured face on which a frown
puzzles, but I know the way-
(nervously Whose eyes approve
the blessed while His ears are crammed

Rest in peace, Dr. Dyer. You helped millions of people in your life, and I hope your spirit lives on in the way you long dreamed. 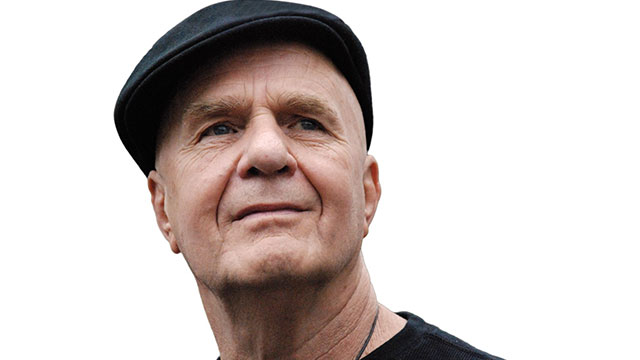