Is the Fed really saying that their present economic monetary policy dictates that they treat current economic conditions like they had to in March of 2009 (re: their decision today to leave Fed Funds Rate unchanged at zero to 1/4 percent)?

If so, then what does that say about the health of U.S. banks? Does that mean they’re at the same stress levels as they were in 2009?

If so, then one could rationally conclude that the S&P 500 Index should not be trading 1,323 points higher than it was at the March 2009 lows, as shown on the Monthly chart of the SPX below. 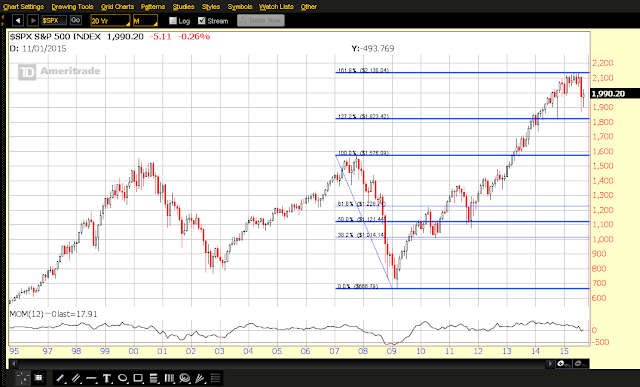 The message I’m seeing on the following Monthly ratio chart of SPX:VIX indicates that the current fear level of market participants equals that experienced back in April of 2011, when the SPX was trading at 1364 before it tumbled to 1074 and, eventually, rallied steadily  to reach all-time highs earlier this year. 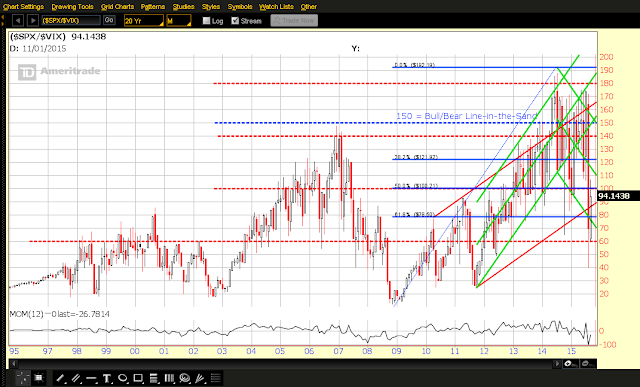 Both, today’s message from the Fed and information on the SPX:VIX ratio chart, are telling me that the current valuation of the SPX (at 1990) is far above where it should be. My comments (and subsequent UPDATES) noted in this previous post regarding the SPX:VIX ratio still apply and are worth monitoring over the coming days and weeks. 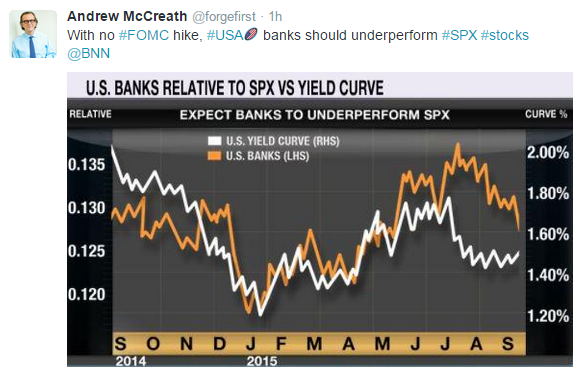