In my last update of September 8th, I noted that a bearish moving average Death Cross had formed on the Daily chart and price closed at 3170.45. Since that date, price moved sideways for over a month before it, finally, rallied to where it closed today (Tuesday) at 3604.80.

I have the following observations on the 2-year Daily chart below:

I wouldn’t be surprised to see some major selling come in sometime soon on this index to, possibly, take price down to around 2500, or lower (what would be Wave 5 for Elliott Wave enthusiasts). 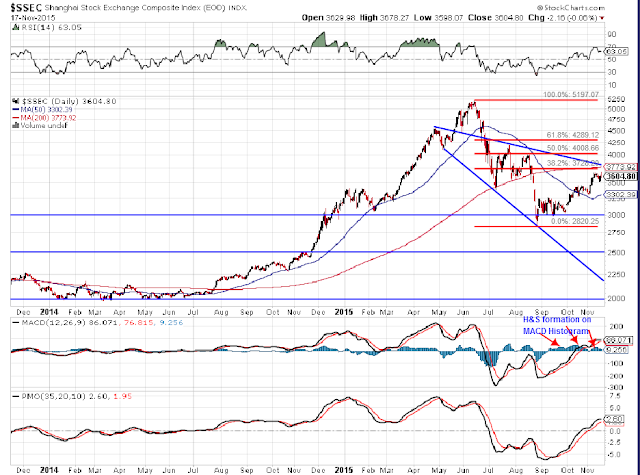 https://slopeofhope.com/2015/11/third-major-leg-down-ahead-for-shanghai-index.html
Third Major Leg Down Ahead For Shanghai Index?