Ironically, probably my best call of the entire year was the one I kept being so embarrassed about: declaring that the crude oil gap at $73.25 would be the peak of a staggering, multi-hundred percent increase in energy over a period greater than two years. Yet that is almost precisely where it flipped around, getting as high as 72.83. Since then, KABOOM, oil has been vomiting all over itself. As it melts past that magenta area I’ve tinted, we have a failed bullish breakout, plain as day. 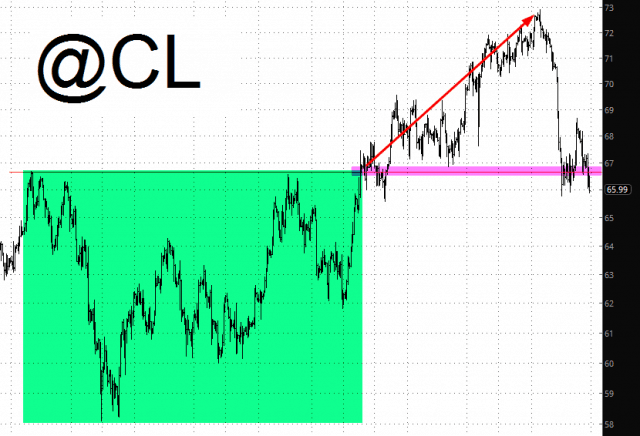 I would also state that another prediction I made with my stomach in knots was that the head-spinning rally in bonds wouldn’t push past its long-term broken trendline. I offer this chart as a follow-up: 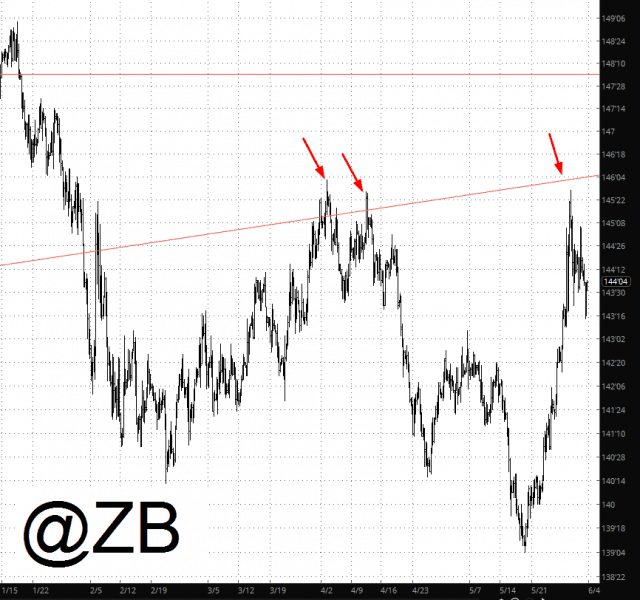