Another day, another NASDAQ lifetime high. And what’s the driver? It used to be QE, but the central banks around the world have already turned off that spigot. The explanation is easier had by one acronym: FANG. Let’s take a look at the four components:

First there is Facebook, which got smacked down hard by the whole privacy scandal earlier this year, but now it just pennies away from its own lifetime high (or double top, depending on which way the wind blows). 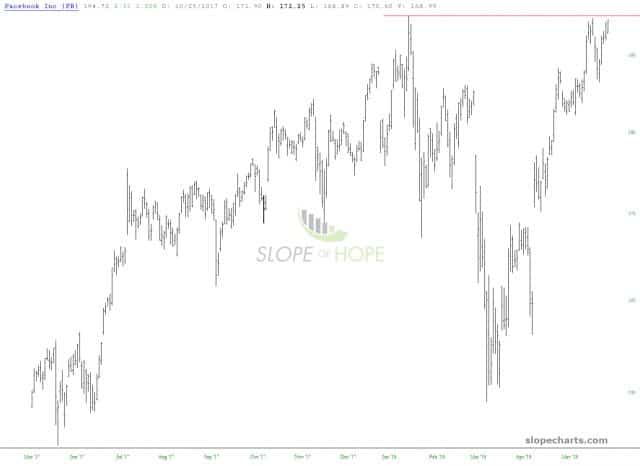 Amazon has become almost a joke in how it lines Bezos’ pockets with another $100 million per day. AMZN makes lifetime highs every single day with two notable exceptions: Saturday and Sunday. The P/E is about 216 right now. 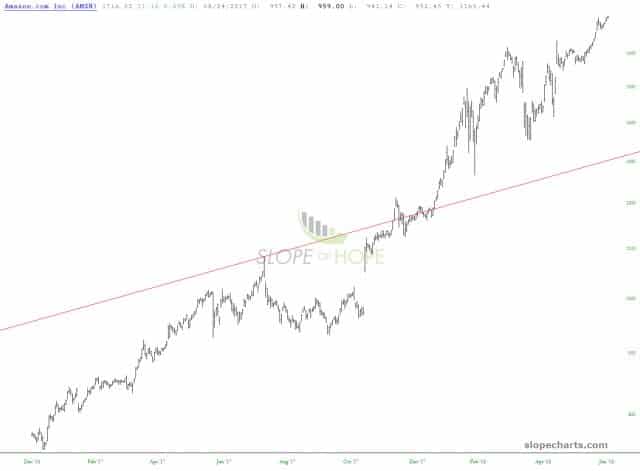 That’s a bargain compared to Netflix, however, sporting a P/E of 260. Like AMZN, it does nothing but make new daily highs. 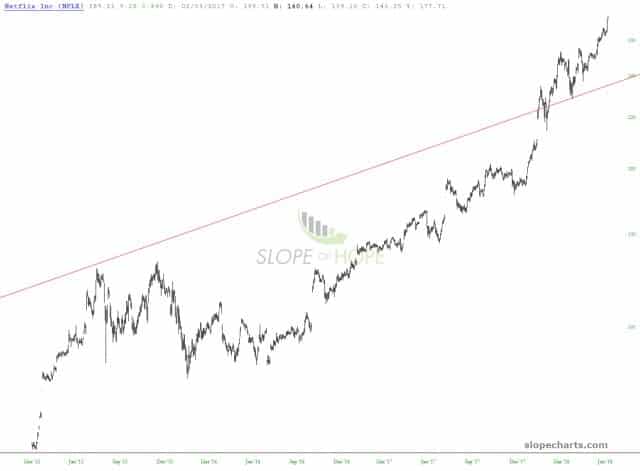 The dullest of the group is Google (oh, sorry, Alphabet) which has is actually, gosh, one or two percent from its own new records. 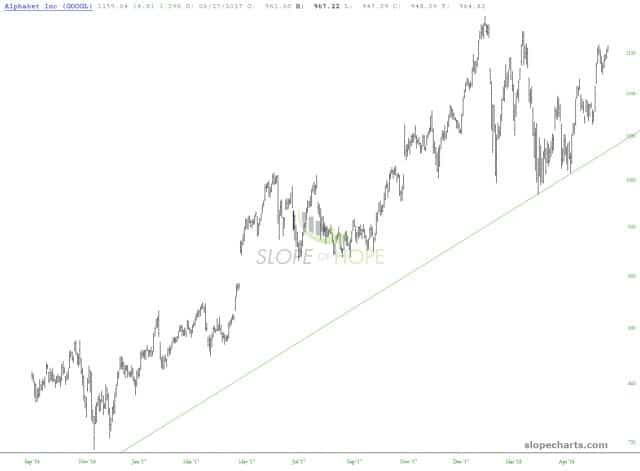 I personally avoid all four of these creatures, but they are so important in the global equity market, I wanted to use up a post to highlight them.

https://slopeofhope.com/2018/06/the-nasty-bite-of-fang.html
The Nasty Bite of FANG