A few days ago, a former employee of mine from back in the days of Prophet, and now a friend/business associate, emailed me to ask if I’d be heading up to San Francisco for the Money Show. He lives in San Francisco, and Palo Alto is about a forty minute drive from there, so he thought that, if I was going, it would be a good opportunity to get together.

I hadn’t really planned on going. Back when I was building Prophet, particularly in the late 1990s, financial trade shows were actually pretty fun. In fact, during the Internet boom, they were amazing, because there was a bustle of activity, and there would be hundreds of booths with the latest trading, charting, and portfolio technologies.

If you attended shows like Traders Expo, Money Show, and similar exhibitions during that time, you know what I’m talking about. I was usually there as an exhibitor myself, and although standing at a booth answering the same questions for three days in a row gets tiresome near the end, the shows were still exhilarating and interesting.

After the bursting of the Internet bubble, though, things started to change. The pace of cool new startups slowed quite a bit. Some exhibitors stopped coming. One by one, and Prophet was among these, companies decided that it just really worth attending these shows. After the financial crisis, the situation got even worse, and my perception was the cool companies (like Prophet) were being replaced by booths like, say, Procter & Gamble, which would be there handing out annual reports. B-O-R-I-N-G.

One show was quite unfortunately scheduled to take place in Monterey in early October 2001, and the nation had other things on its mind. I walked through the nearly empty exhibit hall, staffed only with depressed exhibitors who had spent good money to be showing their wares to the handful of people shuffling through. “When’s your presentation?” I asked one staffer. “Whenever you sit down”, he replied.

Anyway, back to the present: when my friend wrote me, I decided to at least check out the Money Show website to see if it would be worth making the journey. It didn’t take me long to get the jist of things: 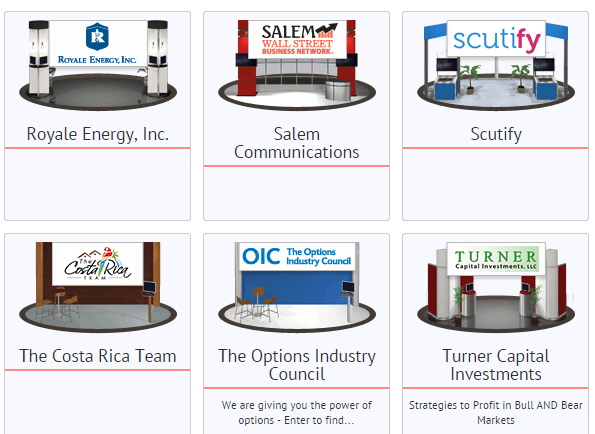 These little graphics, of course, are meant to suggest that all 55 exhibitors have a rather grand display, when in fact the majority of them will have a table with foldable legs and a piece of cloth draped over it with brochures scattered on top. If you’re lucky, they might even have some hard candy in a bowl to tempt you into walking a little closer to their booth.

Some people attend these shows for the speakers, as opposed to the exhibits. That never had any appeal for me, even during the glory days of the late 90s. I would also like to mention that if any of you have ambitions to form a Museum of Middle Aged White Guys, rounding up all the speakers at one of these finance shows would be a real time-saver. 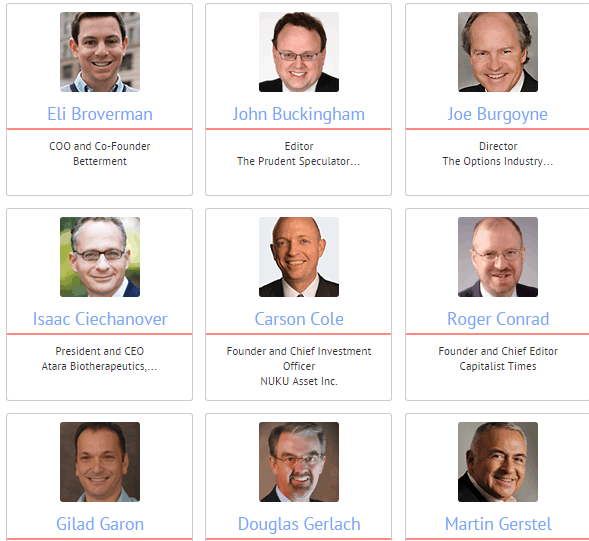 It makes me wistful for a much deeper memory, which is of my first visit to the West Coast Computer Faire in early 1980. I had first laid hands on a computer (the Commodore PET) in late 1979, and I sweet-talked my parents into buying me a TRS-80 Model 1 for my birthday in the spring of 1980. I had never been to a trade show in my life until then, and descending the escalator into the dilapidated Brooks Hall in the seedy Civic Center area of San Francisco was electrifying. The crowds, the excitement, the booths all seemed (quite rightly) to usher in a totally new age.

This little clip from Pirates of the Silicon Valley does a great job capturing what it looked and felt like in those halcyon days:

That’s ancient history, of course. Thomas Wolfe famously declared that you can never go home again. The same goes for memories like this.