It's OPEX week, and that may well hold up equities, which have frankly been looking very weak. There's some reason to think that Friday's lows were significant though, as SPX held above the 1319 gap, which Pug is calling a gap of recognition. Here it is on the SPX 15min chart: 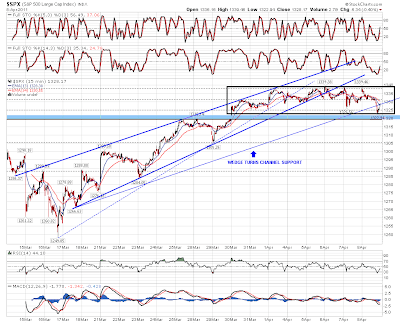 Here's the rather weaker NDX 15min chart for comparison. What's worth noting about both these charts is the trading zone, held within the black box on SPX and the red declining channel on NDX. A break up from these zones on both would be very bullish: 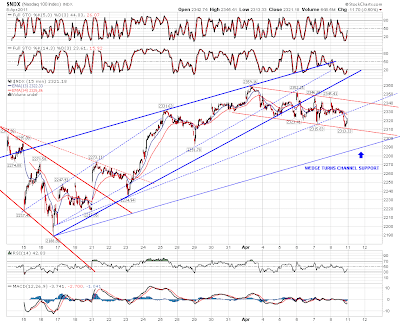 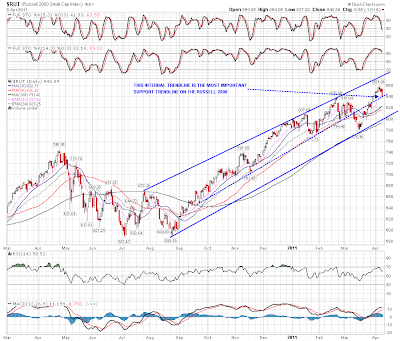 Vix has been chopping around uncertainly within the closed gap zone. I can see some trendline justification for a move back just over 20 to establish a declining channel though I wouldn't put any money on it: 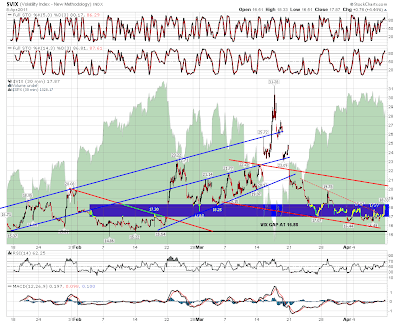 I'm watching copper carefully this morning. Copper has a big move up last week that didn't carry equities with it. It was showing signs of topping on Friday and has since retraced to a possible lower channel trendline. At the time of writing copper has broken down through that at support is at 445.5 and 438. A big retracement on copper would most likely mean further downside on equities:

I have mixed feelings about direction today and tomorrow and I'll be looking mainly at the two trading ranges on SPX and NDX. A break up from those ranges would be extremely bullish, and a break down could potentially be very bearish indeed, though I'd then be looking at the SPX daily 20 SMA at 1309 and serious support in the 1300 – 1305 zone.