What do the dates 1826, 1843, 1860, 1894 and 1932 have in common? They're all years when the Greeks defaulted on their debts in the last two centuries. Greece has been in default for approximately 50% of the time since it gained independence. The Greeks aren't even particularly remarkable with this track record. Over the same period Venezuela and Ecuador have each defaulted ten times.

Governments defaulting on their debts used to be a common occurrence and it's a useful safety valve for profligate governments that won't balance budgets, and don't mind wiping out a large proportion of the nation's savings regularly. Spendthrift small countries used to default regularly and still do in South America particularly. Sometimes they make a fresh start and behave better thereafter, and sometimes they just do it all over again.

There's little appetite for austerity or reform in Greece, a country where civil servants can retire at 49, and so reluctant to modernize that on the deaths of those civil servants, their pension can be left to any unmarried daughters. It's obviously mad to put serious money from still relatively solvent countries behind a rescue plan that would require greek cooperation. The Euro area may well be dodging a bullet with this referendum, which is apparently unlikely to be held much before Christmas, so the period of uncertainty about this is likely to last a while.

In the short term there are some strong indications that a short term low was put in yesterday. The strongest sign was from EURUSD, which broke and retested the declining channel and I'm looking for a retracement into the 1.39-1.40 area: 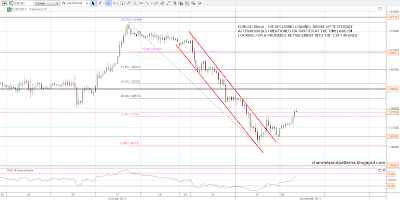 30yr Treasury futures broke up through 142 resistance, but not with any confidence yet and a retracement here looks likely. I've put the main targets on the chart: 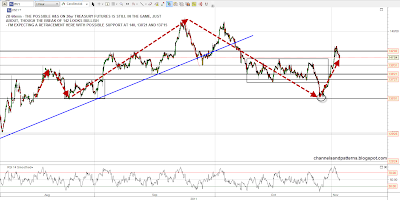 On the SPX daily chart a bounce here would be at the middle bollinger band, which is an obvious support level. I've marked in a tentative large scale falling wedge but the main trendline on that is the upper trendline at the moment, which would need to hold on any bounce: 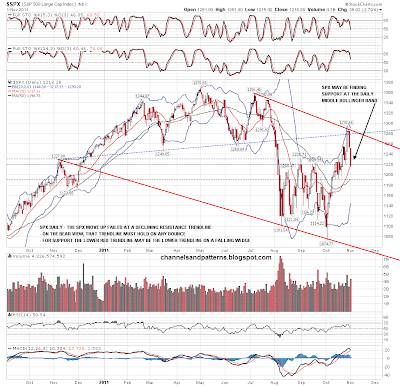 On the SPY 15min chart we have a possible sloping H&S forming. The ideal target for a right shoulder would be the 125.80 area, which would also fill the open gap from yesterday morning. The neckline is an important trendline here as a break below it today would suggest a test of main support just above 129: 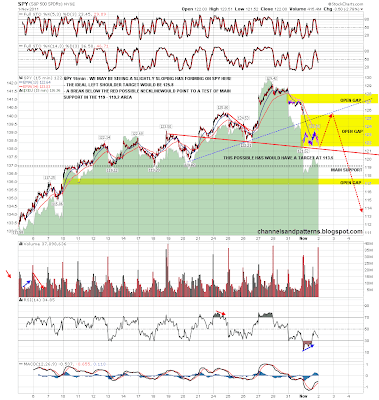 If we are going to see a bounce today then the key declining trendline to watch is the declining resistance trendline on ES that was tested at the overnight high. That's currently at 1234 and a break above would strongly support that the short term low is in: 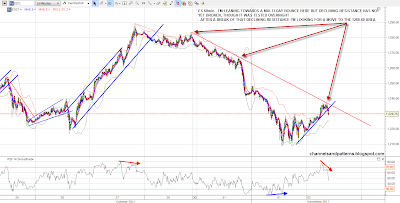 SPX obviously made a lower low yesterday and Vix rose an impressive 50%+ from the low to make a higher high. I don't think a significant low is in yet on SPX and we should see at least a lower low on SPX in the next couple of weeks. Meanwhile Vix looks ready to retrace a bit here and the obvious target for that retracement would be a retest of the 30 support level, which is also a gap fill target: 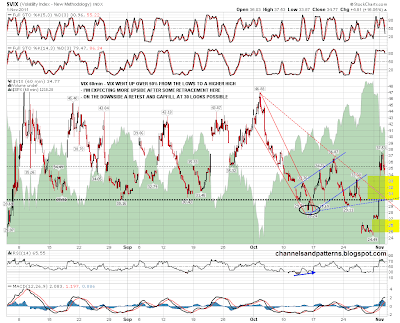 Oil broke the declining channel I posted last week, and has since bounced strongly. After the bounce I'm expecting a stronger move downwards: 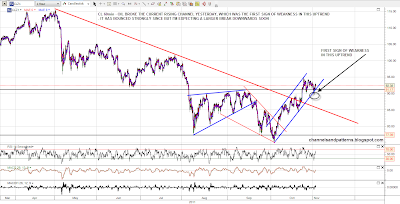 Lots of news today which may move the markets including FOMC. The Gap Guy is doubtful about a gap fill on a gap up today historically. I don't think we've seen a significant low yet and expect the real test to come in the 1285 ES, 129.1 SPX, 1290 SPX area. However a short term bounce here is looking good and once declining resistance on ES broken, which it hasn't yet, then I'm looking for a two to four day retracement. After two trend days down the odds for a green close today are pretty good and Cobra's writeup on that last night is well worth reading. You can see that here.