I didn't post yesterday on Slope… but did put out a post on my site (here) that may have saved some bears today. Now we all know from yesterday's post how deadly the RSI can be, and that we should trust the RSI more than the price.

First let me show you the intraday I have been looking at for $VIX, $SPX, /ES, and $NYA.

The $SPX breaks channel resistance and almost at it's measured target of 1248 from mini inverted H+S.

However look at the ES… Resistance is close by and doesn't the target of the mini Inverse H+S from $SPX coincide with the resistance on the ES???

Next up the $NYA..breaks channel resistance.

And the $VIX..I don't like to apply technical analysis to VIX that much…but note that we are on support.

Now that November has ended, let's look at the monthly chart for 30yr. We close UNDER resistance. 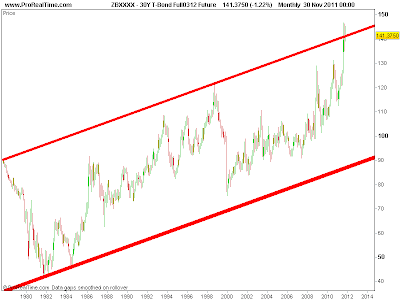 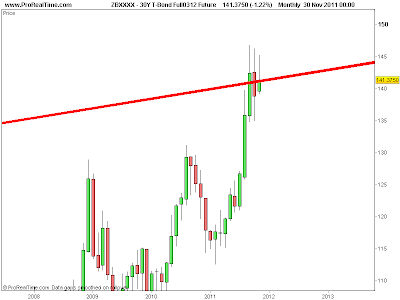 I have been using RSI in my trading before but have never documented its effectiveness publicly. And the past few posts goes to show how deadly it can be. And someone should slap me since I jumped out and sold TMV on Monday's open instead of believing my trading signals and holding for a bigger profit. 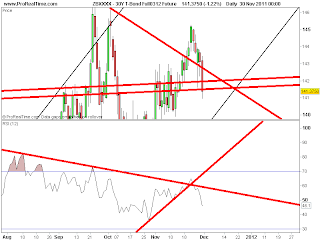 AEX-Index daily and monthly. RSI lead resistance but now we have black resistance to break. We also closed above monthly trendline from the 90s. 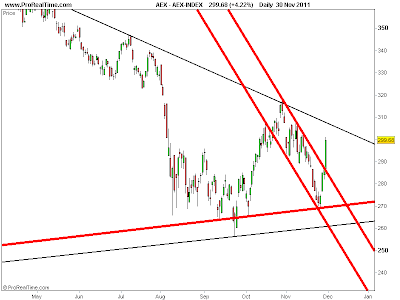 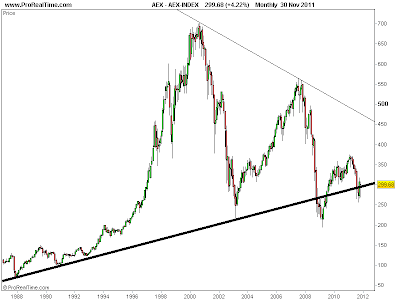 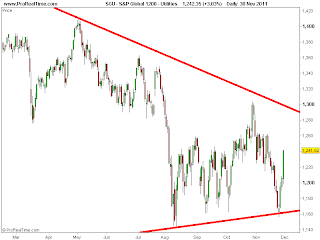 Next up is the Bel20 Index. 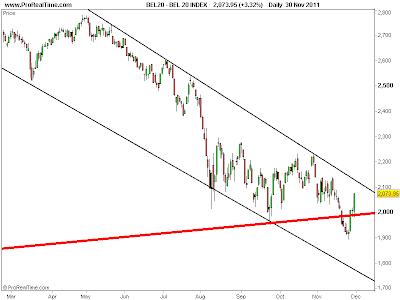 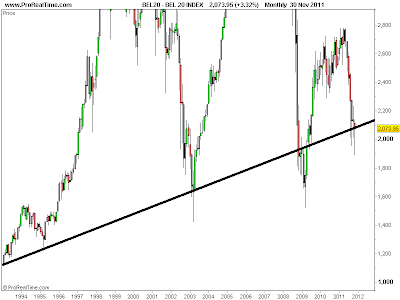 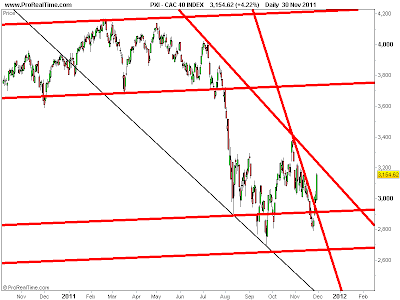 Dax back at resistance. 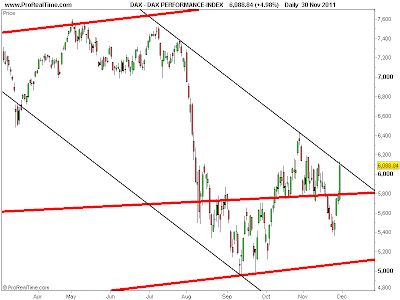 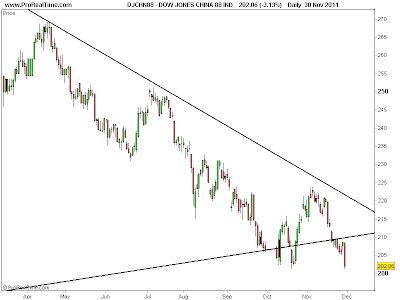 Dow Jones Composite… I havent moved the resistance/ question mark since the last time we were there. 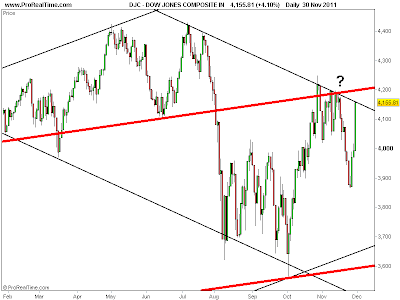 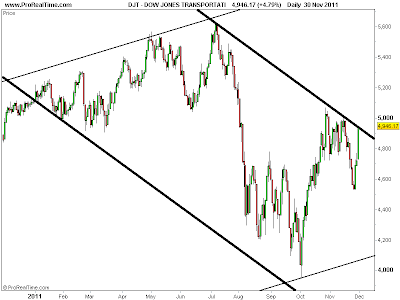 Evil Index breaks short term channel/bear flag. If it can break below the last support, only then would I feel very confident going long. 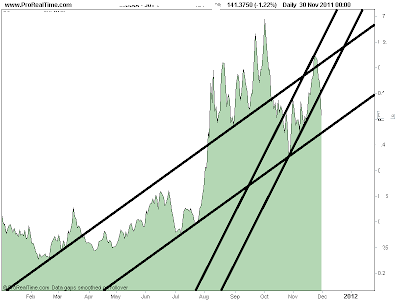 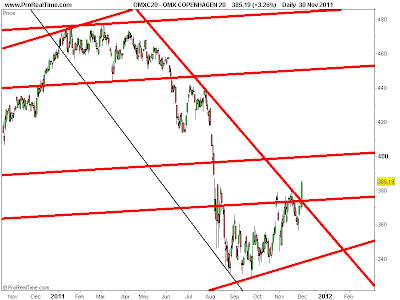 S&P 100 for all those pennant formation watches. 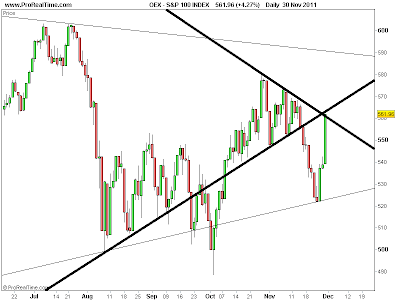 S&P Utilities… This probably would have been the best trade in terms of choice, coming into the week as it was on support, and the risk on/off was still unclear… so it could have hedged both. 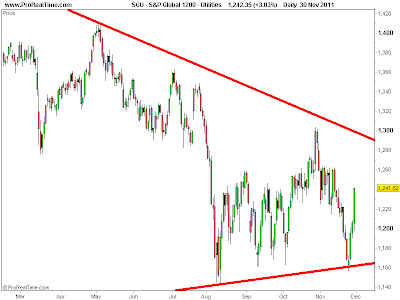 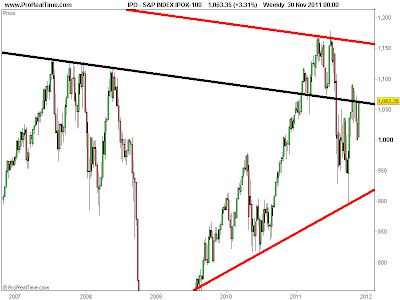 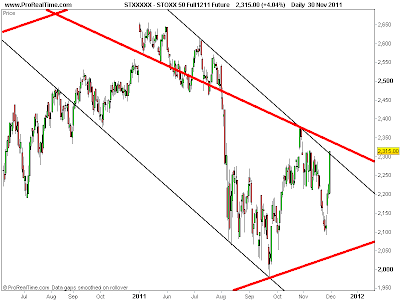 Summary: Yesterday after the markets closed…I did my normal daily analysis and showed that the Atomic Index and Trump card broke back below support…and the RSI could be foreshadowing something…. I don't think the Fed bailout this morning was a coincidence…and maybe that was why there was a strange weakness in bonds.

Today the OMX Copenhagen broke out of its channel resistance , but we closed right at resistance for Indices such as the DAX, Dow Composite, Dow Transports to name a few… I am out of the UPRO scalp and back in 100% cash. If we can break the channel resistances, or the supports for the inverse indexes, I will be glad to get very long. However keep in mind that China is still relatively weak and Portugal is under its 03-08 trendline.