Data released
on Wednesday shows a continued decline in China's GDP, which
began in April 2010, as shown on the graph below. There were only two quarters
with lower GDP numbers since January 2009. 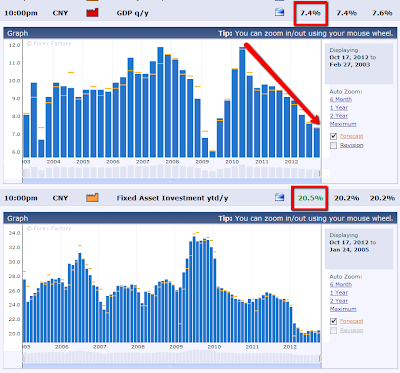 In addition,
the Fixed Asset Investment, Industrial
Production, and Retail Sales data (also released
yesterday) showed a small improvement. The numbers, however, remain subdued at
2009 levels. Fixed Asset Investment in 2012 has been the lowest since
2005. Since it's a "leading indicator of economic health and changes in
private and public investment levels can be an early signal of future economic
activity such as hiring, spending, and earnings," this low level,
combined with a still-declining GDP, does not signal a growing
economy. 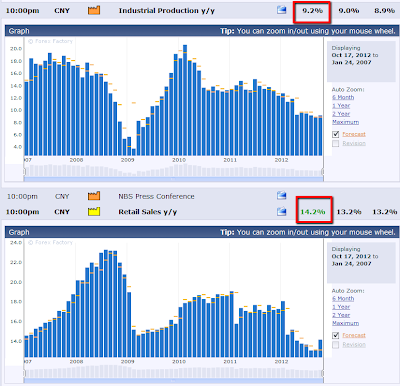 As can be seen from
the Daily chart below of the Shanghai Index,
price has rallied slightly, but faces resistance at the 2150
level. Not shown on this chart is today's close at 2131.69. So far, this is only
indicating a rally and not a bottom yet. Price will have to
break and hold above 2150, and we'll have to see a turn-around in declining GDP
and continued improving data to be supportive of any such scenario. 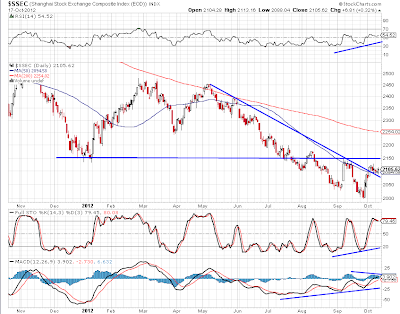