Data released today (Friday) shows a rise in the
Advance GDP numbers, as shown on the graph below. 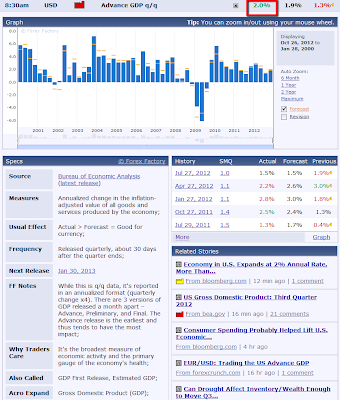 There was also a rise
in the Advance GDP Price Index numbers, as shown on the graph
below. 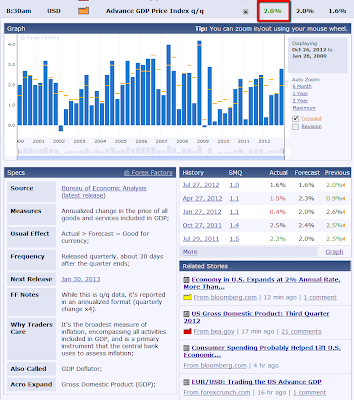 This link to the details of the GDP released by
the U.S. Department of Commerce Bureau of Economic Analysis says
that: "The acceleration in real
GDP in the third quarter primarily reflected an upturn in federal government
spending, a downturn in imports, an acceleration in PCE, a smaller decrease in
private inventory investment, an acceleration in residential fixed investment,
and a smaller decrease in state and local government spending that were partly
offset by downturns in exports and in nonresidential fixed
investment."

This Tweet by Bloomberg's Economics Editor summarizes the above: