Further to my last Weekly Market update, this week's update will look at:

As shown on the Weekly charts and 1-Week percentage gained/lost graph below of the Major Indices, the largest gains were made in the Russell 2000, followed by the Dow Transports. The S&P 500 and Dow 30 were, essentially, flat, and there were minor losses in the Dow Utilities and Nasdaq 100.

As I mentioned last week, I was going to be watching to see if the Nasdaq and Utilities played catch-up…they didn't. 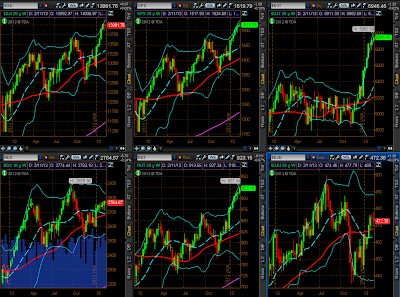 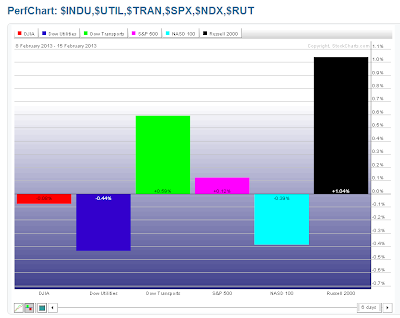 As shown on the Weekly charts and 1-Week percentage gained/lost graph below of the Major Sectors, the largest gains were made in Industrials, Financials, Consumer Discretionary, and Consumer Staples. There were losses in Technology, while Materials, Energy, Health Care, and Utilities were, basically, flat.

These tell me that there was not much strength in the overall equity markets this past week…more of a pause in a lengthy (and, potentially, exhausted) uptrend. 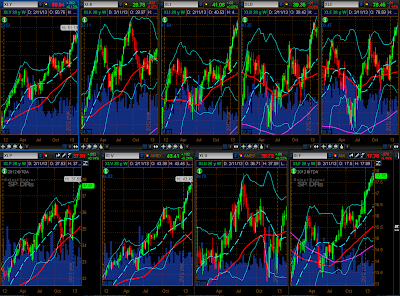 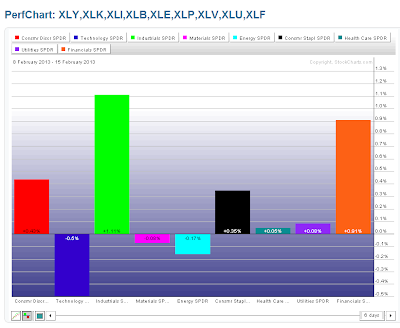 Price closed slightly below last week's close, as shown on the 5-Year Weekly chart below of 30-Year Bonds. It remains just below major resistance. Despite the large volumes of the past few weeks, the drop below this resistance level has been small in comparison. 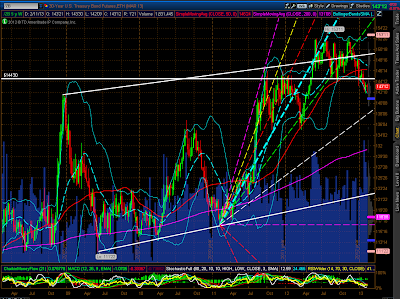 As shown on the 5-Year Weekly chart below of the U.S. $, price continued to rise this past week to close just below the 50 sma (red) and the 50% Fibonacci retracement level. A break and hold above this confluence resistance point may propel the dollar to 82.00, or higher. 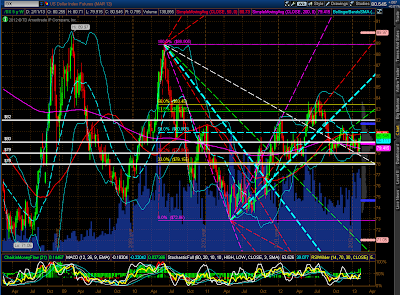 This is a short review, as not much happened in equities this past week.

Going forward, I'll be watching Technology, the U.S. $, and 30-Year Bonds, as discussed above, together with the 60 min trading ranges on the 4 Major E-mini Futures Indices and the Euro (as I discussed earlier in the week here) for possible negative or positive influences on the U.S. equity markets, BUT being mindful of this potential VIX scenario. We may also see hints of strength or weakness when trading resumes in China this coming week.

Have a great long weekend and good luck next week!