As shown on the Weekly charts and the percentage gained/lost graph below of the Major Indices, all of them erased gains from last week’s close and ended lower. The largest losses were made in the Nasdaq 100, followed by the Dow 30, S&P 500, Russell 2000, Dow Transports, and Dow Utilities.

As I mentioned in my last weekly update, and is still the case, price remains elevated, overcrowded, and overbought in all of them (see Stochastics indicator) on, not only their Weekly timeframe, but also their Monthly and Monthly Options Expiration timeframes. The one exception (on a Weekly timeframe only) is the Dow Utilities, which, so far, has held the 50 week moving average…it’s still overbought on the other two timeframes. 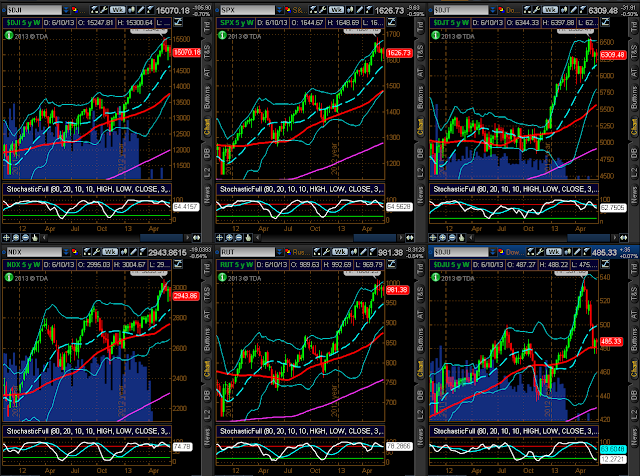 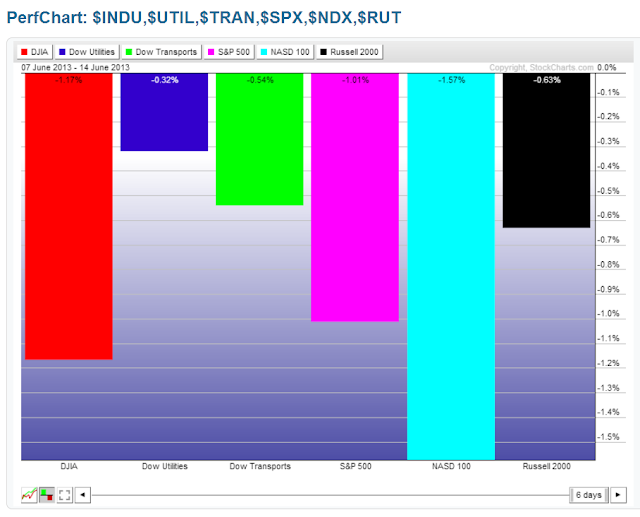 As shown on the Weekly charts and the percentage gained/lost graph of the Major Sectors, six of them erased gains made from the previous week. Financials was the biggest loser, followed by Energy, Industrials, Technology, Cyclicals, and Materials. The “defensive” sectors were flat on the week.

The above comments are also applicable to these Sectors with respect to elevated price and overbought territory on the same three timeframes. 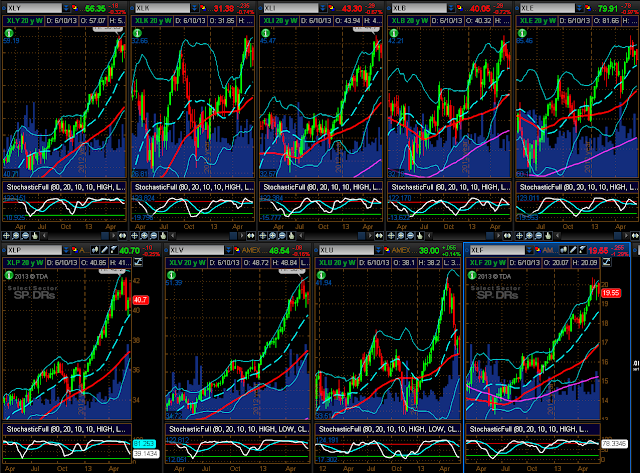 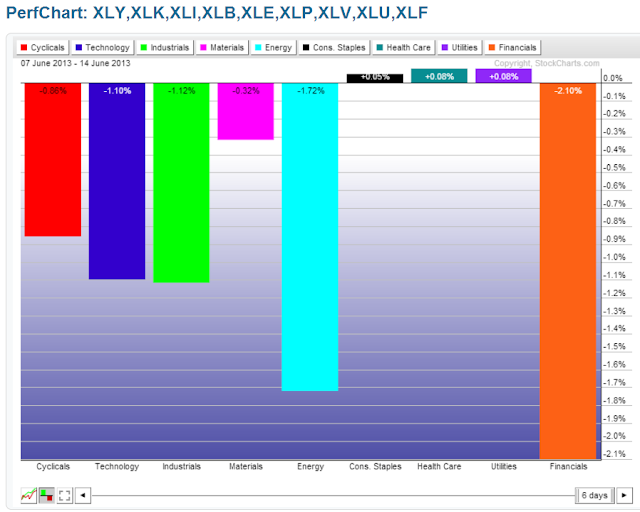 The following 10-Year Weekly ratio chart of the SPX vs. the VIX shows that the SPX (as compared with volatility) has been unable to penetrate above the 2006/07 highs and has been, basically trading in a large, volatile, non-directional trading range between 95.00 and 140.00 since January of this year. Price closed a fraction below support of 95.00 on Friday and the Momentum indicator remains below zero.

Until we see a clear breakout and hold above this year’s highs on the SPX, we will likely continue to see this kind of uncommitted volatility in its ratio. A resolution is needed in the current weekly trading range in the SPX, but it may, first, come to the downside before serious investors feel confident about buying into this market at better prices and value than we’re seeing now. Downtrending momentum on this ratio does not favour buying stocks at the moment, and it has not yet reached an oversold level. 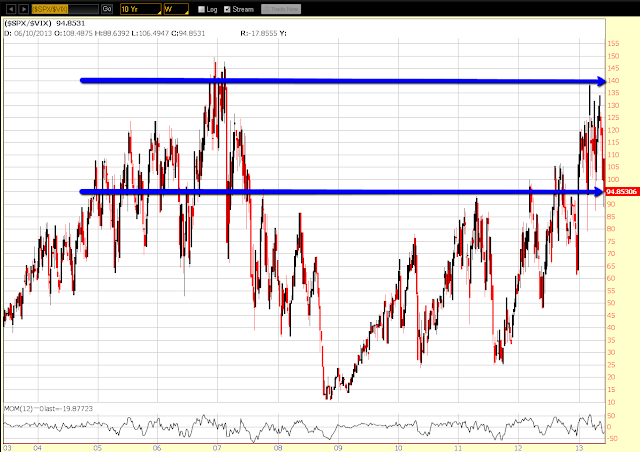 This is a short summary this week, as there’s not much more that I can say. Markets are likely awaiting the results of the upcoming Fed meeting and Chairman’s press conference on Wednesday before making a major move either above or below their current weekly trading range, and we have the monthly and quarterly June Options Expiration occurring at the end of the week. These will, no doubt, add to the wild overnight and intraday volatile swings that we’ve seen over the past six weeks.

Enjoy your weekend and good luck next week! And, I’d like to wish all Dads a very Happy Father’s Day on Sunday! 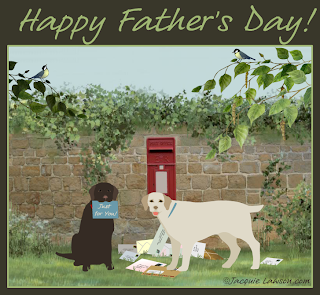