As shown on the Weekly charts and the percentage gained/lost graph below of the Major Indices, the Russell 2000 gained the most, followed by the Dow Transports, Nasdaq 100, S&P 500, and Dow 30, while losses were made in the Dow Utilities this past week. 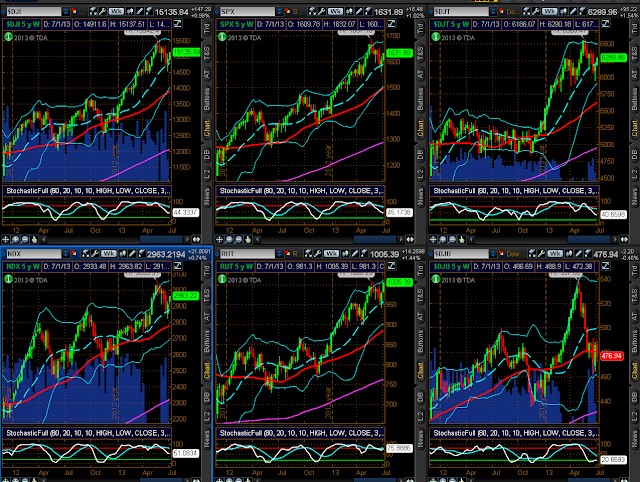 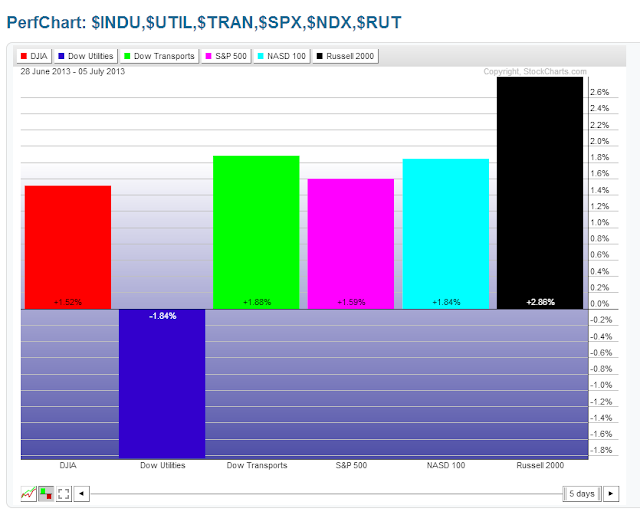 As shown on the Weekly charts and the percentage gained/lost graph of the Major Sectors, the largest gains were made in Cyclicals, followed by Energy, Technology, Financials, Industrials, Health Care, Materials, and Consumer Staples, while there were losses in Utilities. 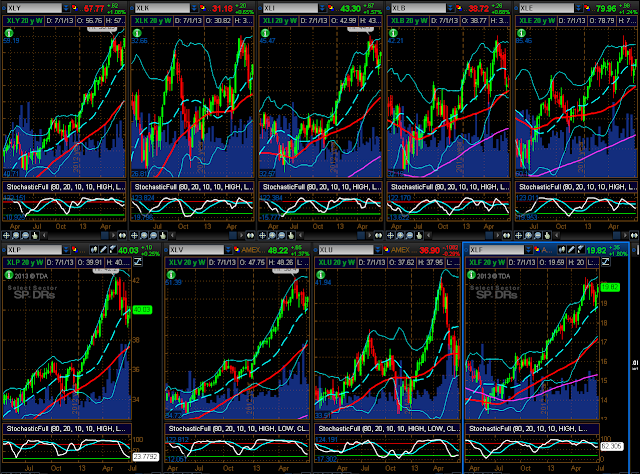 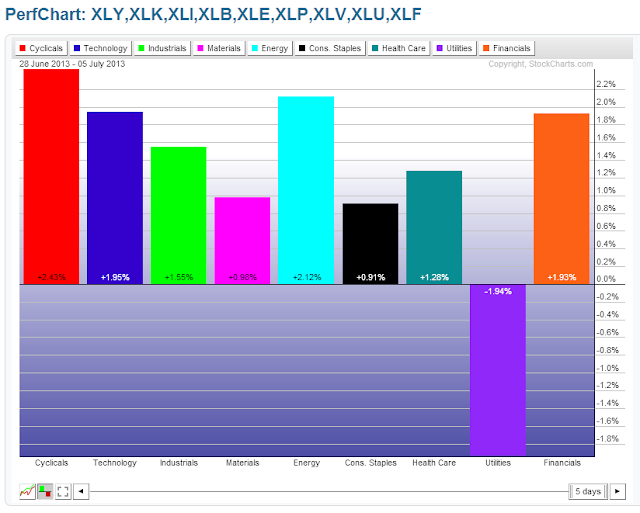 I most recently discussed the price action from the November 2012 lows on these 5 E-mini Futures Indices in my last weekly market update.

You can see from the updated Weekly charts below that Small-caps (TF) and Technology (NQ) garnered the most support during the week to close just above the middle of their respective uptrending channels. The TF has made a new Daily swing high but will need to make a higher swing low to, potentially, re-establish its former uptrend on the daily timeframe…the one to watch for either continued leadership in a push higher, or for the onset of weakness to, potentially, drag the others lower.

I’d be looking for all of these indices to advance and hold above their mid-channel levels to signal that the bulls have control, once again, and are ready to take these markets higher…BUT I’d like to see any further advance beyond that level done so on higher volumes…otherwise, we may just be witnessing a “dead cat bounce” that has no sustainability. This week’s advance occurred on greatly-reduced volumes, likely due to the July 3rd & 4th holiday closures.

As such, we may see this past week’s lows tested, and possibly the prior week’s lows, before a serious advance resumes. 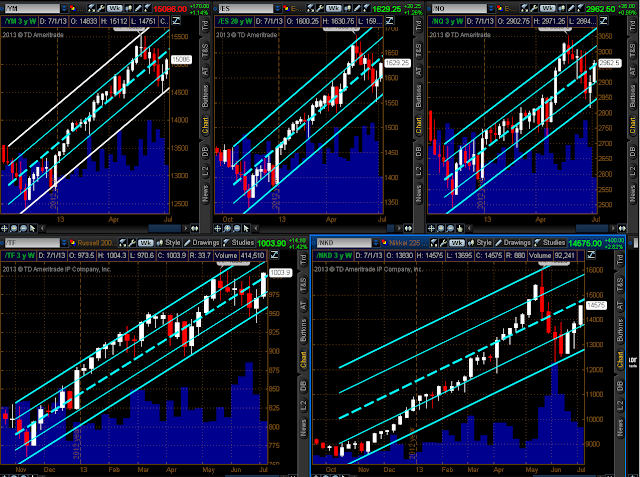 Inasmuch as 2013 Q2 earnings season begins next week with Alcoa reporting on Monday, I thought it might be interesting to monitor the following Indices and Sectors during Q3.

In the “real world” where the “ninety-nine-percenters” are affected the most by inflationary factors, I’ve assembled the following grouping to see how the SPX reacts to any further rise in the other instruments. It’s my opinion that it’s unfair to simply look at one segment of the market and say that a further rise in prices or interest/loan rates would not be onerous on consumers; rather, it’s important to look at the impact on the average consumer based on aggregate factors.

You can see from the following 1-Year Daily charts and 1-Year percentage gained/lost graph that 10-Year Treasury yields have gained the most (a whopping 70.01%) during this timeperiod and have set a new 1-year high on Friday, while the Homebuilders Sector is up by 35.57% and is in the midst of a recent downtrend, the Food Retailers & Wholesalers Index is up by 20.08% and is near its 1-year highs, Oil is up by 18.63% and is at a new 1-year high, and Gasoline is up by 5.54% and is retesting recent resistance above the 50 MA. Furthermore, Lumber is now up 8.77% after retesting support near its 1-year lows and Copper is in the red, but is retesting support near its 1-year lows. As well, the Financials Sector has gained 38.29% and is trading near 1-year highs.

I don’t know about the rest of you, but my grocery and gasoline bills have been steadily increasing over the past year, and my home and car insurance is more expensive this year than last (I’m definitely not in the 1% category). Further increases in bank loans, car loans, mortgages, home prices, rents, insurance, gasoline prices, food, and cyclical products (as represented by GE, which is up 18.13% and trading near 1-year highs) is bound to place a definite “drag” on consumers. Any further hike in Treasury yields will, no doubt, affect all consumer products…at some point, we’ll see a slowing in consumer demand…that’s why I’m monitoring this group for any signs of weakness or excessive frothiness during Q3 and Q4 [in spite of what Q2 earnings reports (and any forward-guidance) may reveal] to gauge the impact on the SPX. 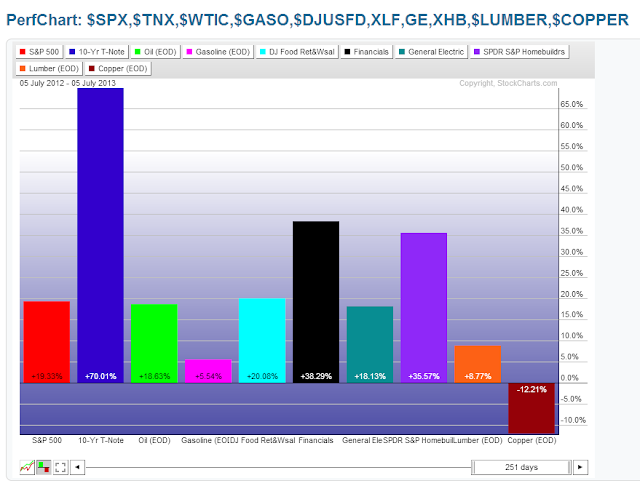 We’ll see the release of the minutes of the last FOMC meeting on Wednesday at 2:00pm EDT. No doubt, analysts will be scrutinizing the language related to any future Fed bond purchase “tapering.”

Have a great weekend, stay cool, and good luck next week.