SPX tested the daily middle bollinger band yesterday and as with Wednesday, there was then a sustained rally to a lower high (so far). The SPX daily middle band is obviously a significant support level, but there should be more downside coming if the bears can put a whole day together. SPX daily chart: 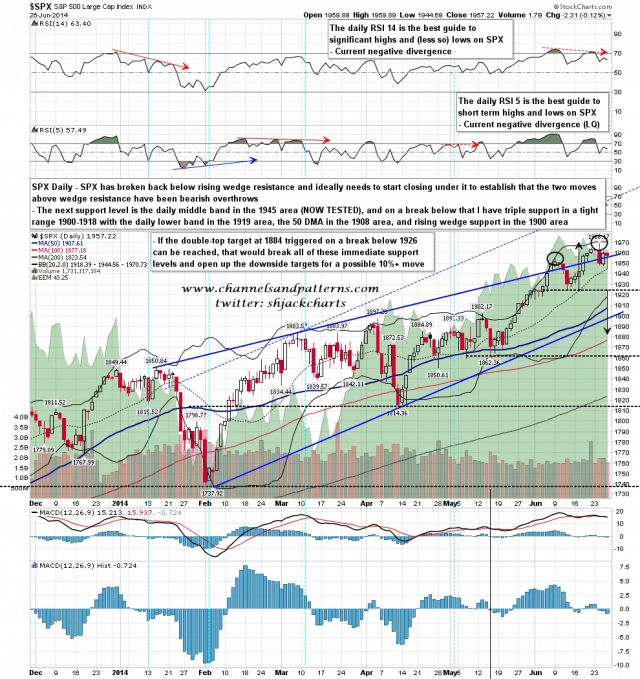 For today there are two main options. The first is that if yesterday’s low can be taken out, then the 1,2 – 1,2 setup of the last two days should deliver a more sustained move with a chance of breaking the daily middle band and making my 1926 target to test larger double top support there. The second option, if SPX can break back over 1860.83, is that the 1868 high should then be tested. SPX 15min chart: 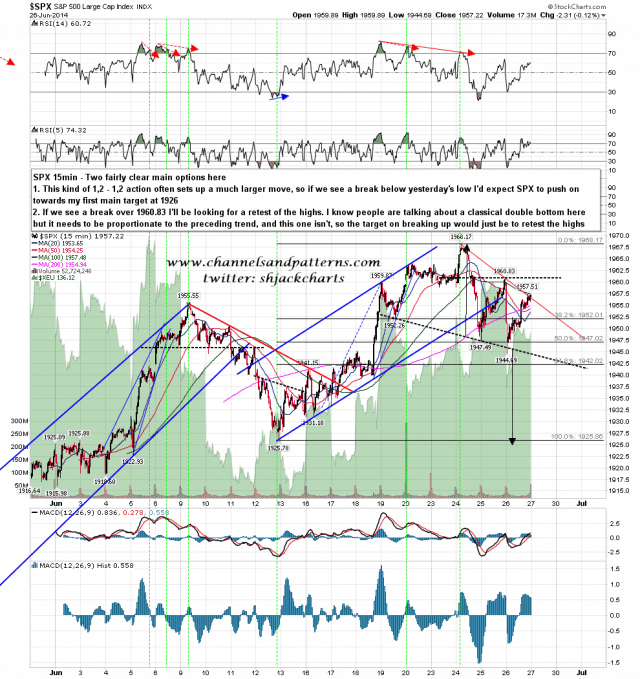 TRAN broke rising channel support again at the low yesterday, but again the break was small and of limited duration. The channel is badly compromised now, but only a sustained break below channel support will open up the downside. I’ll be seeing if the bears can do better today. TRAN 60min chart: 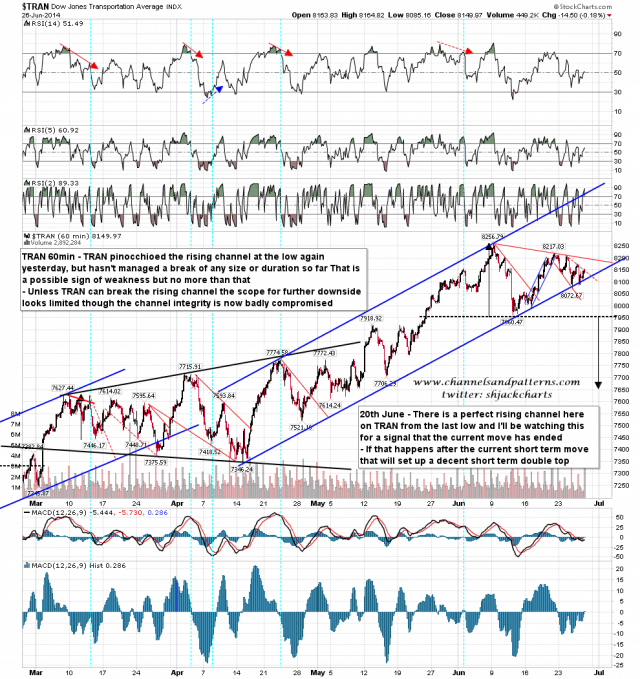 TNX broke slightly below double top yesterday and if that turns into a sustained break then my first target area would be 23.5 to 24, with a target of 16 opening up on a break below falling wedge support. That target wouldn’t be out of line with the moves at the ends of QE1 & QE2, though QE3 isn’t of course quite finished yet, and the sharp correction in equity prices also seen at the ends of QE1 and QE2 remains elusive here so far, though it may be starting now of course. TNX 60min chart: 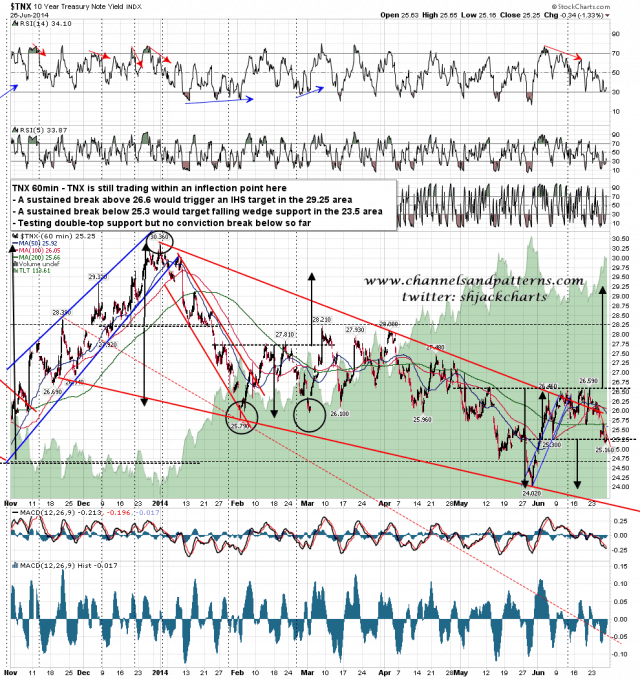 GLD looks weak here to my eye and on a break below 126 I’d be looking for a test of rising support, currently in the 124 area. GLD 60min chart: 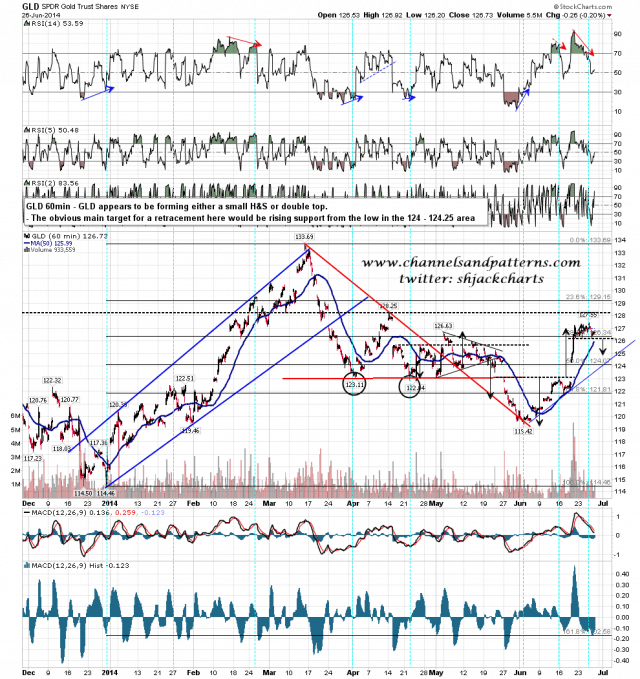 CL also looks weak on the daily chart, with negative RSI divergence at a level that suggests that correction is close. On a sustained break below 105 I’d be looking for a move to testing rising wedge support in the 102.5 – 103 area. CL daily chart:

The bears had an ideal window from Wednesday through to the close next Monday to impress, as after that we go into the bullish leaning period around the holiday weekend. Two days have passed without a sustained decline and bears really need to perform today. The opening setup looks encouraging at the moment so we shall see. If we see that break back over 1860.83 today then I’ll be writing the bears off until Monday or until the 1968 high has been tested and rejected again.