Greetings from Palo Alto. Over three years (and thousands of posts……) ago, I wrote Color and the Mania in This Valley. The thrust of my post was:

+ Color.com had received $41 million to develop an app;
+ The app sucked out loud;
+ The company deserved to fail.

Well, fail it did (as I announced in the 4th post I did about the stupid place), and in those three+ years, the bubble has just continued to inflate. 2014 makes 2011 seem downright sensible.

Which brings us to Clinkle, which is a firm founded by a 22 year old with no business successes behind him (which at least Color.com’s founder could claim, as he sold his firm to Apple for a fortune). Clinkle initially received $25 million (fun fact: the same amount used to fund Google, which went on to bigger successes than building a single app) and has been ostensibly hard at work on this thing for years. Here is the mature and world-changing lad after he landed the funding: 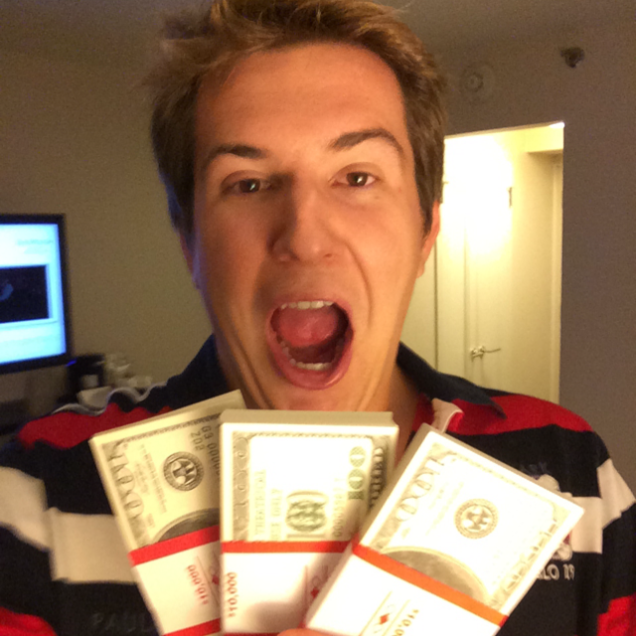 Well, as Clinkle continued to produce nothing, they continued to garner funding, reported to be upwards of $40  million now (a number strangely coincident with Color’s). Recently, at long, long last, they launched their app. Here’s how they try to explain it:

So let me get this straight……..I download an app……..and then I sign up……….and they send me a Prepaid Visa Card (which I don’t need), and then I can put money on the card. The wrinkle to this, apparently, is that if my friends also use Clinkle, I can transmit cash to them if I want.

Allow me to express my reaction with three letters: B, F, and D. So this is what $40 million and a crack team of engineers was able to create? (Although the money wasn’t entirely wasted – – you can go to this page and check out the team member photos which, as you mouse over them, turn into zany poses – – hilarious! My goodness gracious.)

Perhaps I’m just a cranky blogger who likes to pee on the parade of this youngster who has been endowed with so much start-up cash, and in fact Clinkle is an awesome app. Let’s check out the reviews on the App Store, shall we? So from what I saw, there were 19 reviews posted: 18 of them were 1-star (the lowest possible), and one of them was 5-star (which, I would wager, was posted by the man-child above clutching the dollar bills).

Clinkle has also added an elitist wrinkle to their little product by making it available only at certain colleges (as if the demand for this thing would otherwise overwhelm them). Perhaps they figure since Facebook started that way in 2004 (Harvard, Stanford, etc.) then surely that must be the pathway to billions.

What a bunch of feckless douchenozzles. I can’t wait for this damned bubble to finally pop, because I’m not sure how much more we can all endure this without becoming irreversibly nauseous. It’s not enough for Color.com…………or, soon, Clinkle…………..to collapse into a pile of worthless ashes. All this overfunded silliness has really got to end, because it’s an unsustainable distortion of reality.