This is a continuation of the story I began yesterday.

The year is 1985. The place is Cupertino, California. The boy is Tim Knight, now 19 years of age and ready to start a chain of personal robot stores called The Robot Center. He’s got the time. He’s got the drive. But he doesn’t have the money.

Now, in those pre-Internet, pre-Facebook, pre-everything days, the Silicon Valley was still principally a place of capital-intensive startups. I didn’t have the first clue where to look for money, so I started talking to the guys in a group called the Homebrew Robotics Club (which was quite obviously patterned after the very famous Homebrew Computer Club, which is where Jobs and Wozniak first showed off their so-called “Apple” computer). 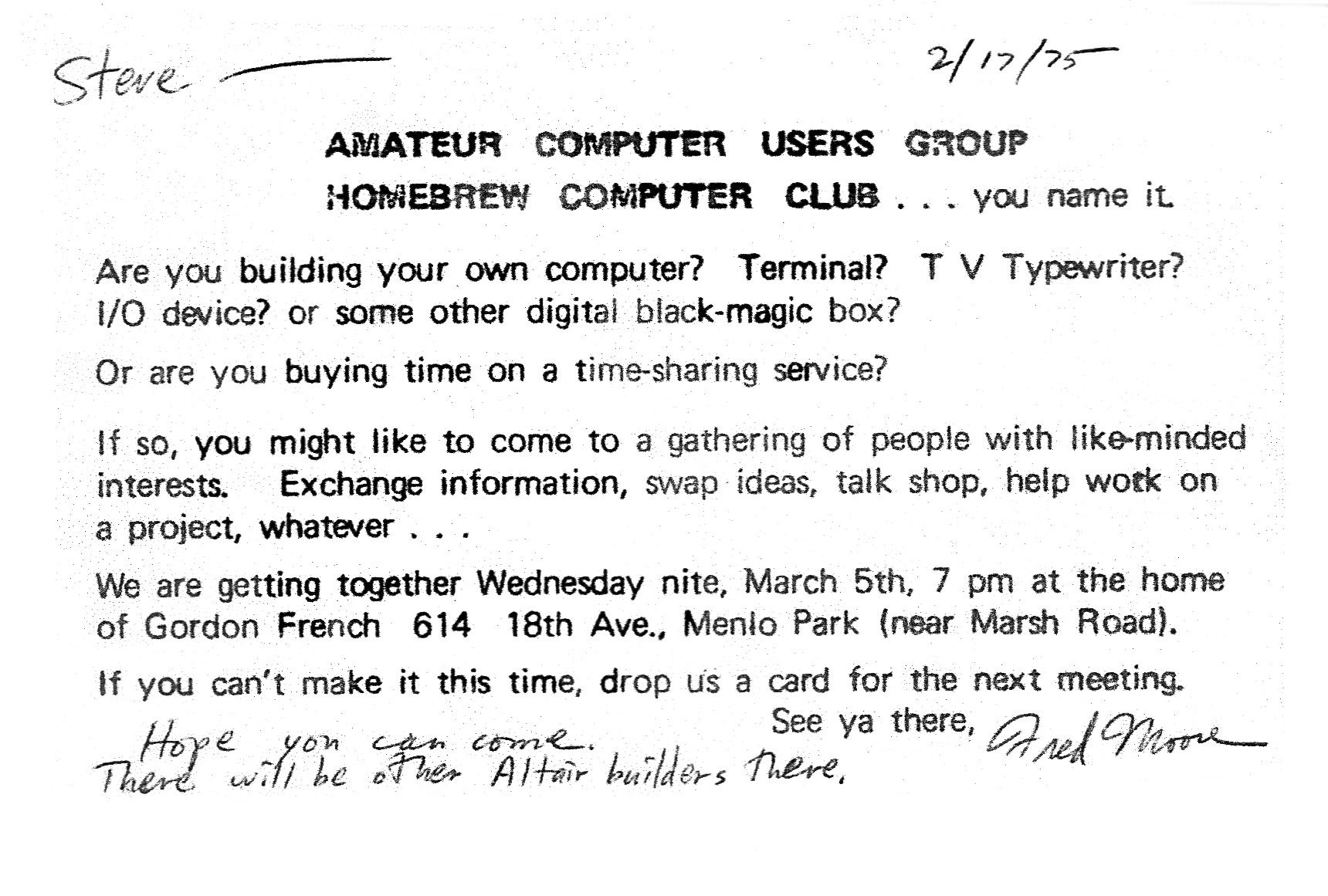 At this new club, I met a guy named – – and I’m not making this up – – David Delude. (And, given what we were all telling ourselves about the forthcoming “industry”, a more apt name could have not been selected by any novel writer). He was willing to put in some money if I was willing to put in the work. He was a sales guy, and as such, he knew the most effective thing to say to convince me to plunge forward with him: “I’d like you to be the Steve Jobs of this outfit.” So I was sold.

Armed with zero robotics experience, I married this to my potent zero amount of retail experience and plunged ahead. I was pretty naive about retail, but the basics were simple enough: I needed to secure fixtures, some inventory, and some space. There were a thousand little odds and ends to deal with like getting a sales tax registration, buying a cash register, setting up vendor relationships, and so forth. It was educational and very time-consuming.

I was surprised at what a lousy relationship startup retailers had with landlords. Maybe I got a really crummy landlord, but he wanted a percentage of our sales, which I thought was somewhat peculiar. That, to me, was akin to renting a house and having the landlord demand a percentage of your salary. I negotiated that out of the contract and secured a nice little storefront on Saratoga-Sunnyvale road, just a few blocks down from Apple’s headquarters. My Steve Jobs fixation was in full swing (even though, unknown to anyone at the time, he was going to leave the company in a huff within months), so I figured being close to Apple would sprinkle some success fairy dust on us all. It only took a few months between conceiving the idea and opening the store, and we were ready for business. Soon after opening, a few guys from Apple strolled in. Our conversation went like this:

Tim: “So you guys are from Apple?”

Tim (excitedly): “I know everything there is to know about your Chairman!”

Apple Guy (without missing a beat): “Then you know he’s a real asshole.”

As for what I was selling, there weren’t very many “real” robots in existence, and I couldn’t afford to stock the place with a bunch of Androbots to show off. The vast majority of the things in the store were toy robots. At the time, the big thing among kids was Transformers (which were a totally new thing on U.S. shores, having come from Japan), and I knew just as much as robot toys as I did about retail and robots (that is to say, almost nothing). It took me a while to grasp the fact that the Chinese versions of the toys were completely crappy junk that no one wanted, whereas the stuff from Bandai (relatively expensive and well-made) was what kids were dying to have.

I wasn’t interested in being a toy seller, however. I wanted to be part of the personal robotics revolution. But it didn’t take me many weeks in business to realize that people weren’t exactly knocking the doors down to buy personal robots. They realized something that a lot of us refused to acknowledge, which was that even the highest-end robot had no practical value (except to get rid of all that bulky and uncomfortable cash crowding your pants pocket). The question I heard constantly wasn’t “Who do I pay for all these robots” but, instead, “What is this place?” (This was exacerbated by the fact that we were next to, of all things, a surf shop, so we had a regular cadre of stoners and surfer dudes wandering around the front of my little business). All the fanfare about personal robots was starting to wear off. Merrill Lynch, which had actually put together the documents to take Androbot public, quietly scotched the idea. My hope flickered again when none other than Arthur Rock (one of the greatest VCs of all time, who had funded Apple and Intel) walked into Robot Center to look around. After a few minutes and a few questions, he walked out. He had, I’m sure, reached the same conclusion I would reach a few months later. There simply wasn’t a business opportunity here, in spite of all the positive press we were getting (principally because of my age and the novelty of what I was selling). As 1985 wore on, the relationship with my partner began to sour (as they tend to do when a business is flopping). It reached a point where he stopped coming in to the store at all, and I was pretty much left holding the bag, responsible for keeping store hours, and half-heartedly trying to help the handful of people that happened to come by. It was extremely disspiriting, and I remember even now, thirty years later, just how low I felt, mopping the floors one night after the store closed, telling myself, “So this is what entrepreneurship is.”

As autumn approached, I realized the only thing that could save the business – – well, not save it, but at least allow us to close it without horrendous losses – – was to jump the pretext of being a real “robot” store and just go full-scale into the Asian robot toy business. After all, that’s what the kids were asking for, so I might as well resell the stuff that actually had demand. The Topos weren’t exactly jumping (or rolling) off the shelves.

So, now facing this failing little business on my own, I surrendered my dreams of being “the next ComputerLand’ and settled for “A guy selling as many robot toys as he could for the 1985 Christmas season.” And that, in fact, wasn’t so bad. The store was getting more and more crowded with kids each day, and as the Christmas frenzy approached, I was able to sell pretty much every scrap of inventory we had.

I don’t remember exactly when Robot Center got shuttered for good, but it was very soon after Christmas. “Never again” I told myself of retail. I didn’t want the rent. I didn’t want the inventory. And I sure as hell didn’t want to deal with whatever random people wandered in. I mean, Good Lord, I’m not even the sort of person who wants to talk on the phone with someone else for a business conversation. You can imagine how uncomfortable I was just standing behind a counter and being at the beck and call of anyone who wanted to open my door.

I guess the biggest thing I learned – – and this, finally, is something that can be applied to trading – – is that analogs can be dangerous things. I figured since:

Nope. It wasn’t. And it isn’t. There’s a lot more randomness and good fortune than any of us dare admit.

And, to quote my fellow Southerner Mr. Forrest Gump: that is all I’ve got to say about that.