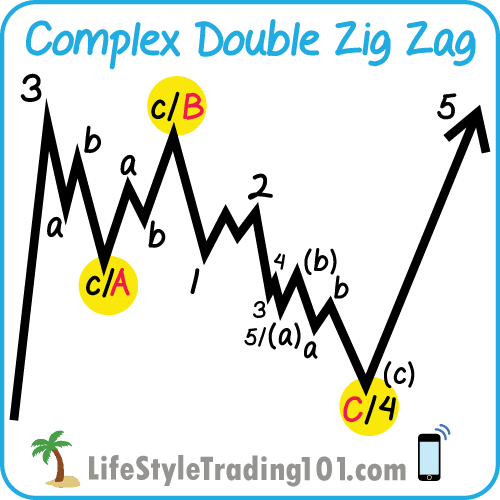 In my prior post, I summarized the biggest opening drop of a New Year in history with this chart back in January.

I also posted this Nasdaq chart expecting Nasdaq to drop below 4000.

Indeed we dropped below 4000 before turning back up.

Where do we stand now?

Well, now we have had a 270 point rally from the lows: As you can see, the decline from 2015 into 2016 completed what could be labeled as a 5-wave pattern as shown above.

Interestingly, the rally since the 1800 lows can also be labeled in a series of subdivided 5 waves as shown above — in which wave 4 never overlaps with wave 1 territory for too long — until now.

After hitting a high on April first – we have now (finally) overlapped wave 1 territory within the last 5th wave up – indicating the bullish momentum is starting to slow down.

Starting to slow down – that does not mean coiling up for a crash. In fact, I do not believe that we will be revisiting the 1800 lows anytime soon due to this monstrous non-stop rally.

Rather, we will be consolidating with in this 2000-2060 region and potentially aiming for new highs later in the summer.

In terms of structure formation, I am seeing this as a rally with multiple extensions and we are now in a 4th wave consolidation pattern.

Where To From Here? What this means is that we have already completed the first yellow “c/A” wave from the prior highs on April 1. We may be reaching up a little bit more to form the B wave high. If we struggle in that upper region to make new highs, we will likely turn down towards 4th wave support in a C-wave formation.

But make mistake – while it may feel like a crash is forming – it will reverse quickly back to the upside.

In terms of strategies – there may be a bit of volatile range-bound movement – so a wide Iron Condor could work in addition to nimble trading.

There will likely be some fakeouts in the coming weeks, so watch out! To learn more about the stock market, check out our top-rated iTunes trading podcast and subscribe to our blog for daily updates on how we are surfing today’s stock market.