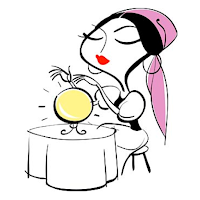 On November 26th, I posted an article which outlined a hypothetical scenario of the S&P 500 Index reaching 2700 by the next U.S. Presidential election in November 2020.

I realize that this is only one of many possibilities that lie ahead for the SPX. However, given the aggressive economic, tax and fiscal agenda that President-elect Trump is currently promoting, it could, very well, materialize without too much resistance.

In keeping with the trajectory and velocity associated with that premise, I anticipate that the SPX could reach 2400 by the end of 2017, as shown on the Monthly chart below.

In last year’s market outlook for 2016, I anticipated a rise of around 5-6% in equities, in general, in a run-up to this past November’s Presidential election.

As of today’s date of December 1st, you will see that the S&P 500 Index has gained 7.2% Year-to-date, as shown on the first graph below, while the Dow & Nasdaq Transport Indices and Russell 2000 Index have gained the most. The Nasdaq 100 Index has been the weakest.

The second graph shows the steep rise of the Dow & Nasdaq Transport Indices and Russell 2000 Index from the day after the election.

The third Year-to-date graph shows the percentages gained/lost for the 9 Major Sectors.

Energy, Industrials, Financials and Materials have gained the most, while Consumer Staples has gained the least, and Healthcare has lost 4.16%, so far, this year.

The last graph shows the steep rise of the Energy, Industrials, Financials and Materials sectors, and the decline of the Healthcare and  Consumer Staples sectors, since the election.

Assuming that volatility will be kept low (which can be monitored in a manner as described in my post of November 26th), I’d project that equity markets, in general, will gain around 11% in 2017. That would place the S&P 500 Index at just above the 2400 level by the end of the year.

In that regard, I think it will be important that Financials, Large-Caps and Small-Caps stay strong and that market participants continue to favour the riskier sectors over their more defensive counterparts. As well, I’d like to see Technology firm up and gain strength to support such a bullish outlook.