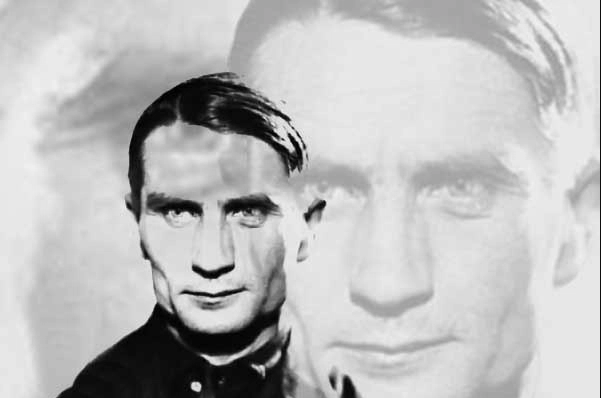 An Inauspicious Day At Google

James Damore, a Harvard-trained systems biologist, was fired from Alphabet’s (GOOG), (GOOGL) Google unit on Monday, for posting a memo questioning the company’s ideological echo chamber, as he put it. Let’s talk about why this was an inauspicious day for Google.

Please Read The Next Paragraph Before Commenting

It will save us both time. I am not predicting any imminent doom for Google. It comprises half of an effective duopoly in Internet advertising with Facebook (FB), and as with Facebook, the only major potential threat to it on the horizon is government antitrust action, which, as I wrote last week, looks unlikely in the near future. Absent that, it will continue to rake in profits from its share of that duopoly. What’s at stake here is the future. Google and the other FANGs need to attract and retain scientific experts as part of their efforts to find the next big thing. Now that Google has kowtowed to social justice warriors and fired a scientist for mentioning scientific theories and facts, does that make it more or less likely to attract and retain bright scientists? Clearly, it makes it less likely to attract and retain bright scientists, and more likely to be targeted by social justice warriors for additional concessions (such as basing hiring decisions more on applicants’ visual diversity than individual ability).

What did the Google scientist write that was so offensive that he needed to be fired pour encourager les autres? In a nutshell, that men and women tend to exhibit different traits, on average, and that that may explain why men and women aren’t equally represented in occupations such as software programming.

According to four scientists quoted by Quillette, that claim is not controversial. For example, one of the scientists, Dr. Deborah Soh, who has a PhD in sexual neuroscience, writes:

As a woman who’s worked in academia and within STEM [Science, Technology, Engineering, and Math], I didn’t find the memo offensive or sexist in the least. I found it to be a well thought out document, asking for greater tolerance for differences in opinion, and treating people as individuals instead of based on group membership.

Within the field of neuroscience, sex differences between women and men—when it comes to brain structure and function and associated differences in personality and occupational preferences—are understood to be true, because the evidence for them (thousands of studies) is strong. This is not information that’s considered controversial or up for debate; if you tried to argue otherwise, or for purely social influences, you’d be laughed at.

And yet, as Quillette notes, the memo was misleadingly characterized as a “screed” by tech media outlets, and tech notables such as Ellen K. Pao, famousfor losing a sex discrimination lawsuit against a Silicon Valley venture capital firm that didn’t promote her and then resigning as Reddit CEO after alienating its users, called for the memo writer’s head: 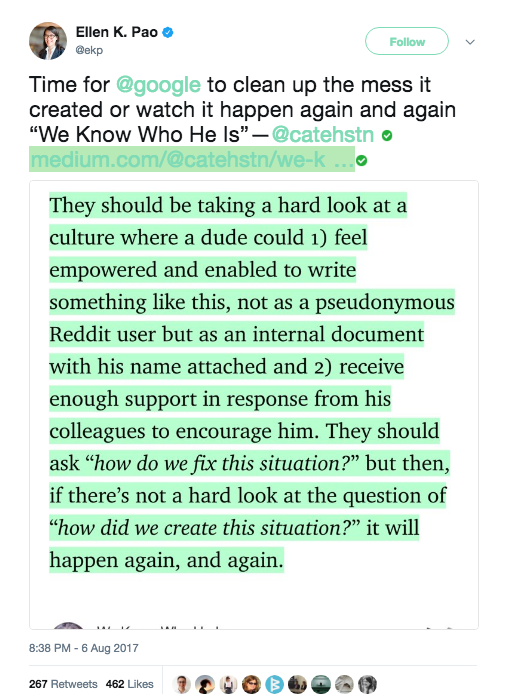 Yale University professor Nicholas Christakis suggested this was an example of ritual defamation: 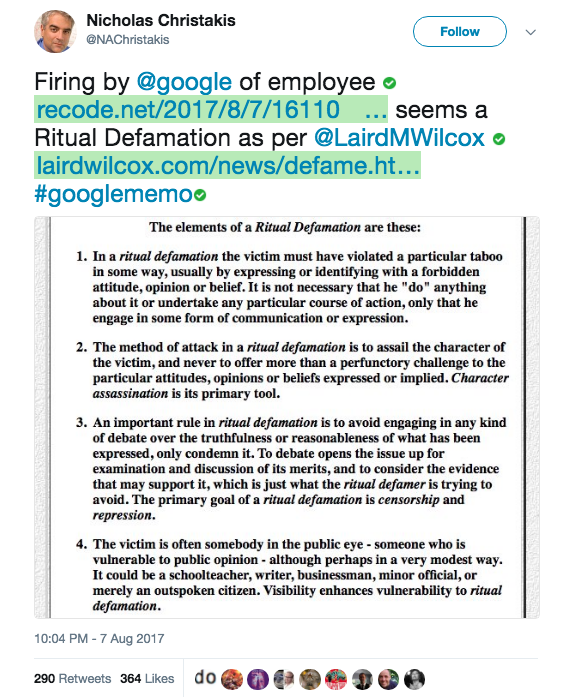 If The Memo’s Right, How Can You Deny Science?

You can deny science if you have the political power to do so. It’s happened before. An example from history may be instructive here. The man pictured at the top of this article, Trofim Lysenko, was an agronomist in Soviet Union who rejected the Mendelian science of genetics. Lysenkoism was backed by Josef Stalin for ideological reasons; thousands of Mendelian scientists were purged, which ended up “wrecking Soviet biology research, and risking and even causing famine on several occasions”.

Fortunately, we don’t live under Stalinism. Google firing a scientist and censoring accurate, if politically incorrect, scientific commentary isn’t necessarily going to stop competitors from pursuing science. But let’s talk about why it might harm Google in the longterm.

Buried in a Business Insider article on techies living a life of leisure (“Rest and Vest“) was a striking note about the competition for experts among the major tech firms. 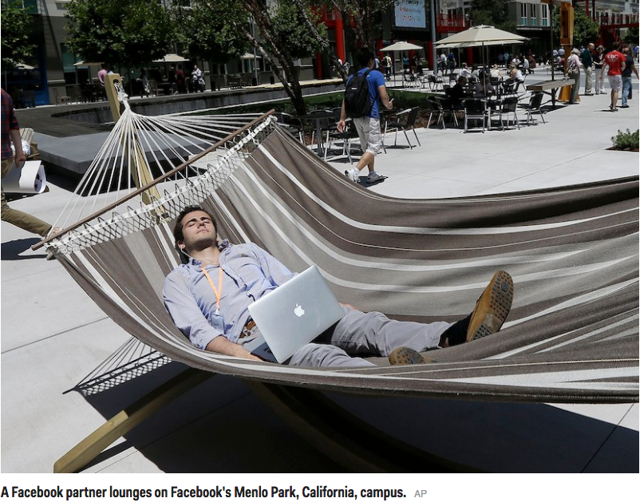 Business Insider quoted Outreach CEO and former Microsoft (MSFT) executive Manny Medina on how big tech companies offer high pay to academic experts in part to work on moonshot ideas but also to keep them away from competitors:

Years later, he landed at Microsoft and says he saw how Microsoft used high-paying jobs strategically, within both its engineering ranks and its research-and-development unit, Microsoft Research. The company, he says, would nab hard-to-find experts in up-and-coming fields like artificial intelligence, robotics, natural speech language, quantum computing, and so on, often allowing them to collect their Microsoft pay while maintaining a job as a professor or researcher at a university.

“You keep engineering talent but also you prevent a competitor from having it, and that’s very valuable,” he said. “It’s a defensive measure.”

Of course, Microsoft Research’s mission is to conduct research that contributes to Microsoft’s products. It also collaborates on research in fields ranging from healthcare to economics. And it does so through partnerships with leading universities and research organizations, the company says.

All else equal, if you’re an expert on genetics, for example, and you have the opportunity to work in R&D at Microsoft, Amazon (AMZN) (recall its burgeoning healthcare focus), or Google, would Google’s firing of James Damore make you more or less likely to take a Google job? To ask the question is to answer it.

Alphabet likely dented its long term prospects in two ways by firing James Damore. It made itself a less appealing workplace to other top scientists, and it encouraged radicals to mau-mau it for further concessions on personnel decisions. Again, this is unlikely to harm the company’s prospects in the near future, but perhaps should be of concern to longterm investors.