I wonder if North Korea and China’s real plan for unification will, ultimately, see NOKO become another Province in China (while retaining its nuclear program) as an alternative to its alleged wish for a denuclearized unified Korean peninsula, with Kim Jong Un at its helm?

And, instead of telling me that such a scenario would never happen, how about describing how it could?

Meanwhile, China’s Shanghai Index remains locked in between major resistance at 3600 and major support at 3000, as shown on the monthly chart below. 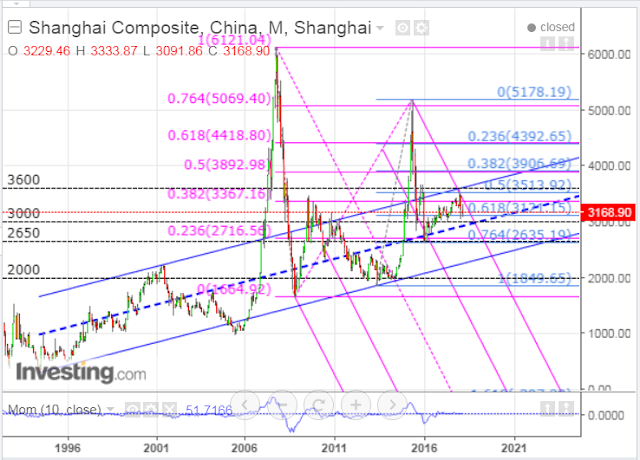