For me, trading on Thursday was a real pleasure. I came into the day heavily short, and I added to those positions rather aggressively. Still, looking at the Dow Jones Composite, things are a bit of a muddle. The breakout that took place on Monday mucked things up (thanks, Syria!) and, for this index at least, direction isn’t as clear as before. 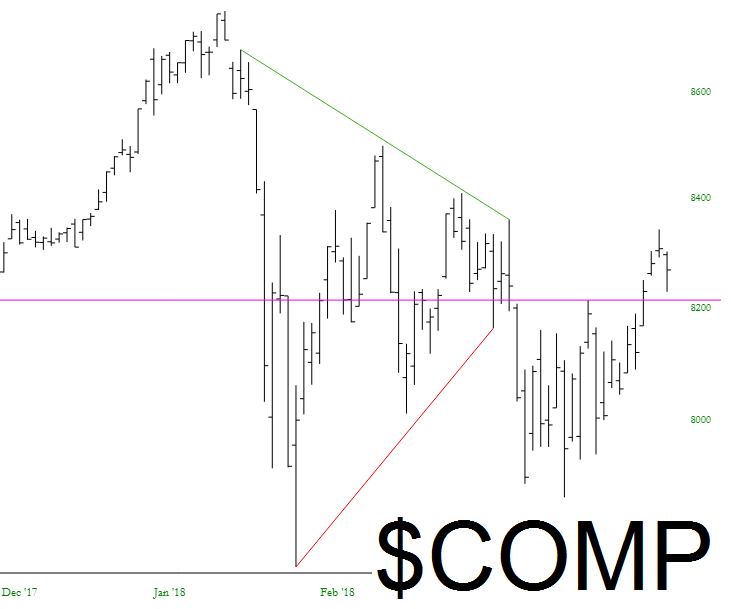 This is not universally the case, however. Looking at the NASDAQ, for instance, we’re still neatly below the gap (red line), and so far this pattern still looks like a honey of a diamond reversal. 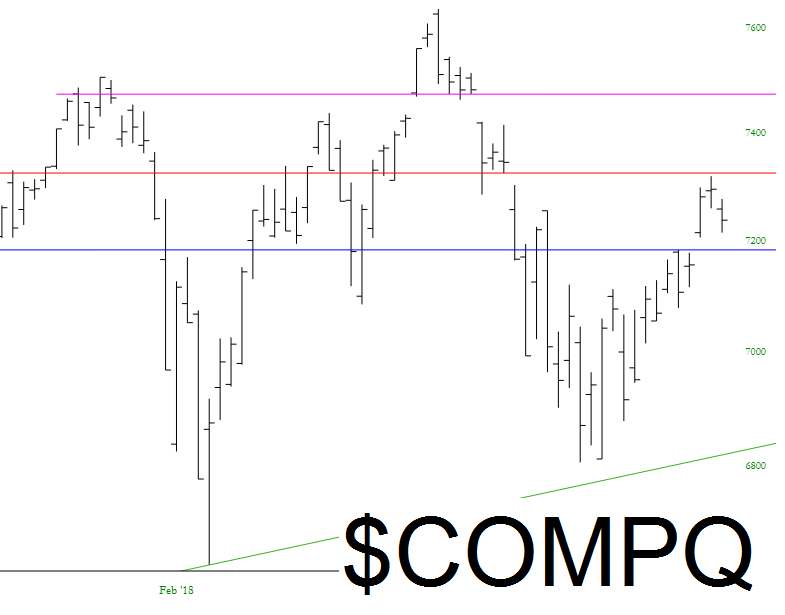 Some gaps have been “violated”, such as the S&P 500 below, but to a degree that is modest enough that I think we can look the other way. 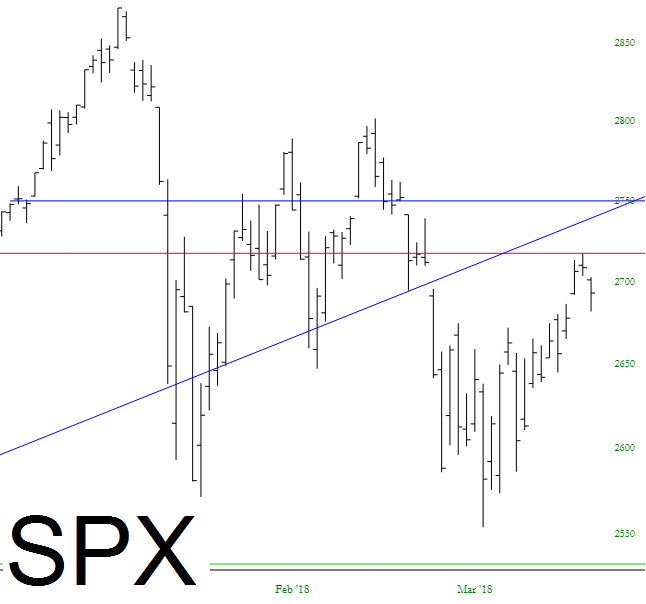 I would also note that the Dow Transportation Index has been repelled thrice from its horizontal, the same line which constitutes the base of its peak. Plus I get to use the word “thrice” in a blog post. Next week maybe I’ll go for “hither” and “forsooth.” 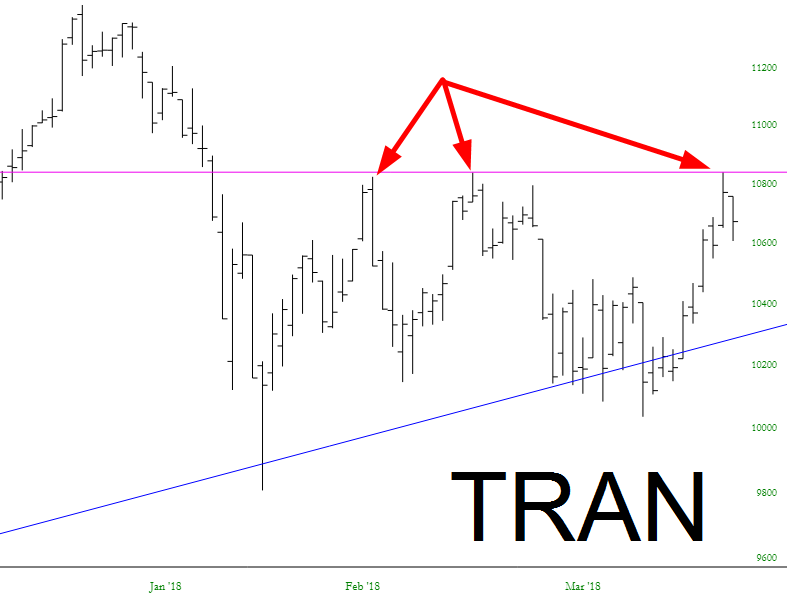 For me, it’s still all about interest rates. One seminal event which would really grease the skids for a bear market would be a failure in the Dow Utilities. I am watching this with great – – umm – – interest. 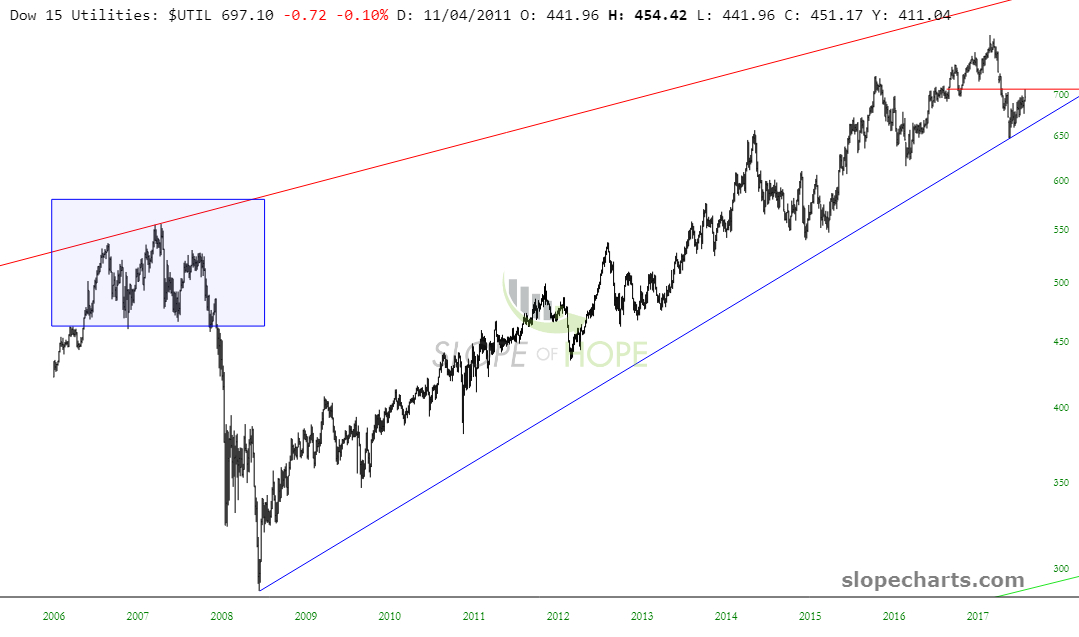