Having gone to bed after writing last night’s post, I woke up at 2 a.m. and glanced at the iPad permanently placed at my bedside. I was very surprised to see – – well – – just about everything. For one, there was an absolutely huge spike in bonds (green tint) which, as I am typing this now, has almost totally faded. 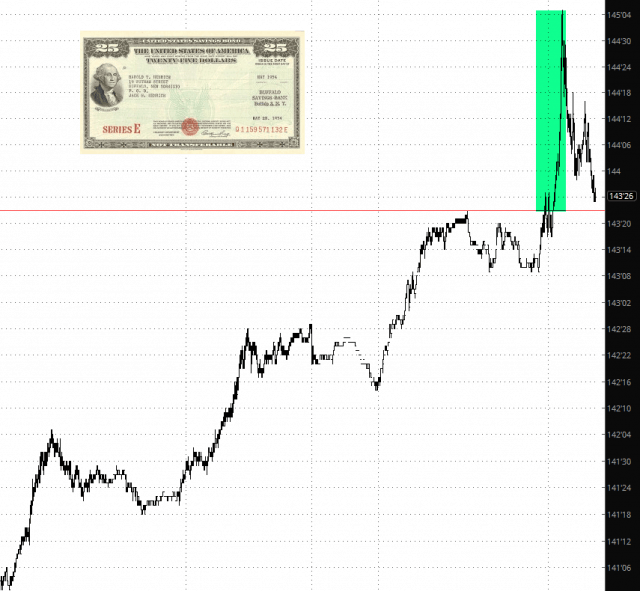 Conversely, equities were plunging. Indeed, the enormous push that took place on Sunday (green tint) because of the meaningless, idiotic, will-never-amount-to-anything North Korean Peace Talks excitement has been dwarfed by the subsequent fall. Here’s the tech-heavy NASDAQ: 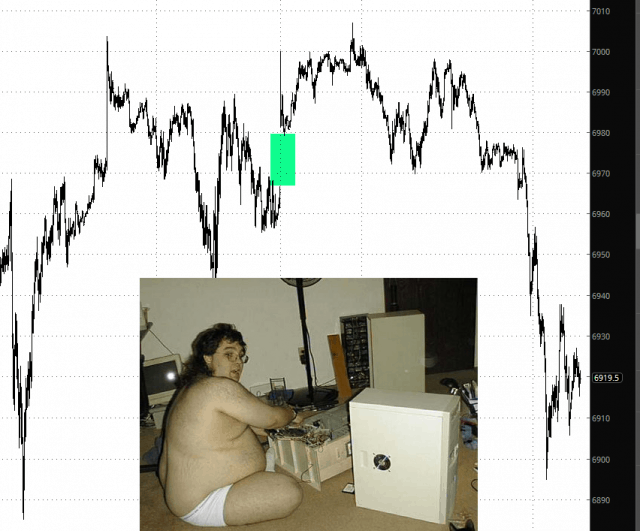 When I saw all this going on, I figured the (again, meaningless) North Korean nonsense had been called off for the 37th time by our porn-pumping Prezzy, but I didn’t care enough at 2 a.m. to examine it further. Having woken up (for real this time) at 5 a.m., I swiftly found out the real reason was Italy. And this, of course, has been dragging down the Euro since, last face it, in as horrendous a shape as the United States is in, Europe is going to be an unmitigated train wreck. 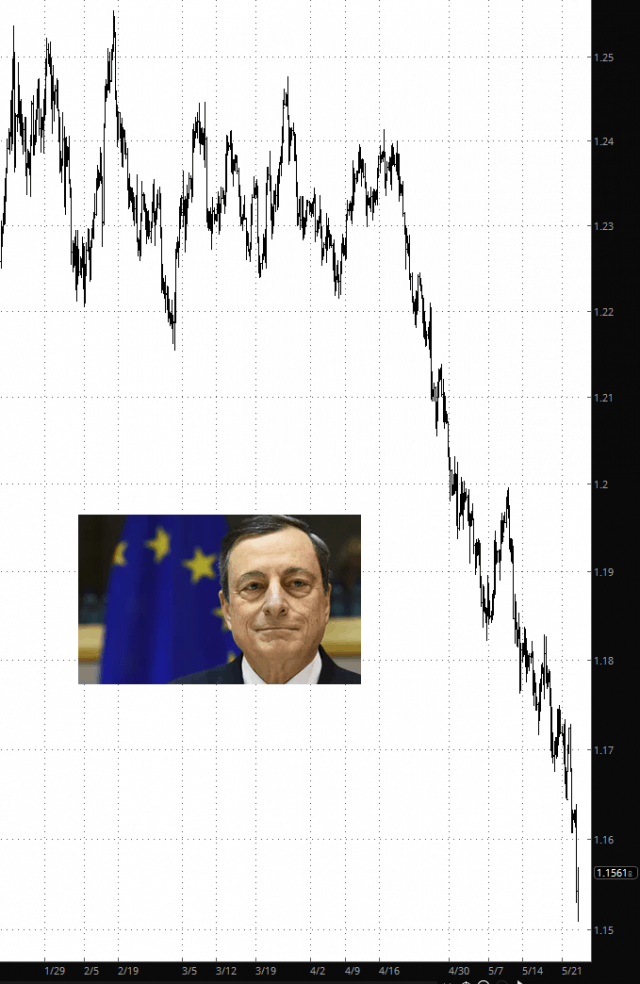 So we can all bask in this before some moron politician issues a press release and turns everything around. It’s looking like a very good opening bell for me, with the one exception being the continued and worrisome strength in bonds. I take some small solace, however, that the bigger picture’s downtrend is unchanged. Lower lows, lower highs, and although not shown below, an extraordinarily historic bearish long-term pattern. 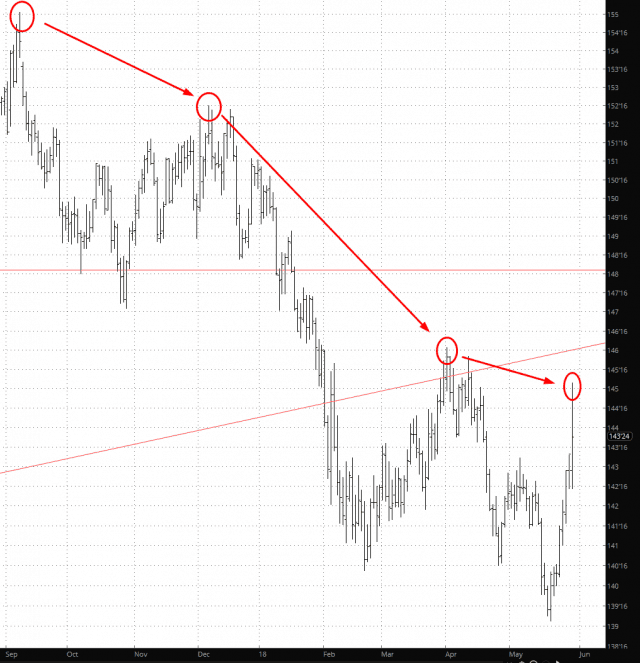