It’s unclear whether momentum favours a breakout to the upside, inasmuch as the last swing high on the momentum indicator was lower than its previous swing high, in a divergence with the last two swing highs made by the price. However, this may have been intentional and meant to be used as a possible “bear trap” in preparation for the resumption of the rally that began in early April.

Perhaps the month of June will produce either a decisive continuation and confirmation of this 2-month uptrend, or a reversal, which may become clearer after this Friday’s employment data is released. Keep a close eye on the momentum indicator to support a “red zone” breakout in either direction.

Inasmuch as the July 4th Independence Day holiday is only a month away, I’d make a wild guess that market players will favour a breakout to the upside, possibly producing a new record high by then before taking some profits to enjoy for the summer holidays…so, we’ll see. 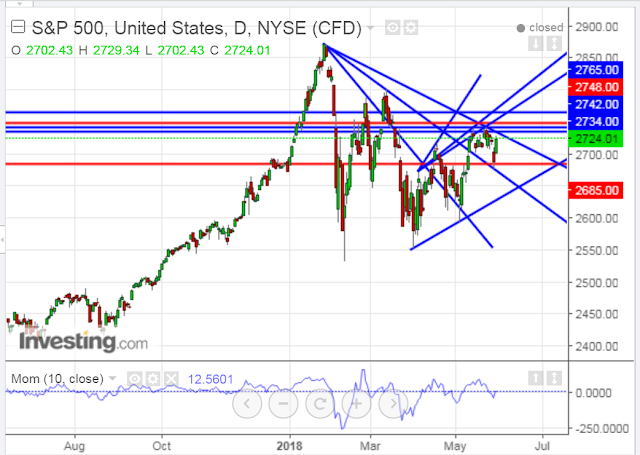