Days like yesterday REALLY mess with my head, and only magnifies the distrust I have of this market on a day-to-day basis.

As you well know, Sunday night/Monday night was a sea of red. However, as has happened about 97.8% of the time over the past decade, the moment the opening bell rang, the Plunge Protection Team took over and healed the damage. What had started out as a handsomely profitable day turned out to be a wash and a waste of time. 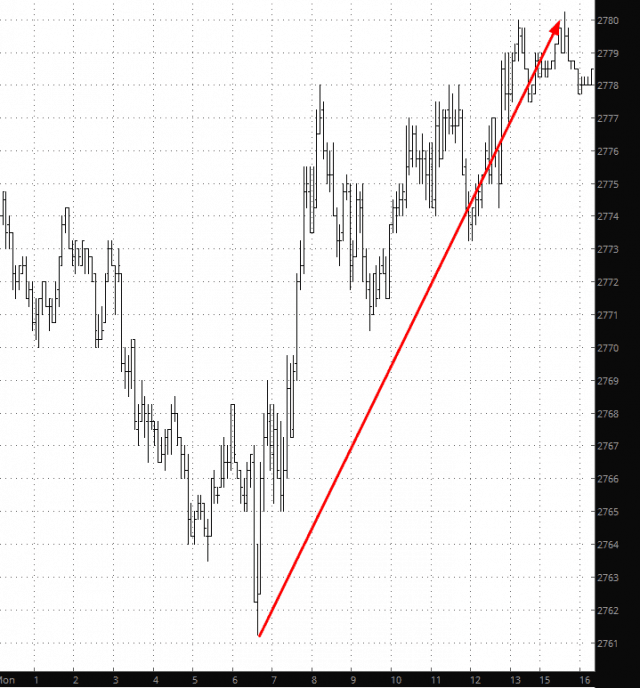 Indeed, as the closing bell approached, I had 52 short positions, but I had 21 other charts I thought were just dynamite-looking shorts. But I didn’t enter a single one, because my confidence in the market’s sanity was so absolutely wrecked.

Naturally, this Chinese Trade War (which apparently is the ONLY hope for the bears – – that is, a reckless and insane campaign to destroy world trade by Trump) flared up and, just like late Sunday night, everything tumbled badly. So now I’m feeling doubly bad not only because I’m not shorter (having turned my back on those 21 beautiful charts) but I’m virtually paralyzed with fear that this stupid “sawtooth” market (see below) is just going to rip things higher precisely like it did Monday morning. In other words, I am at this very moment 158% short, but I’d prefer to be 200% for the open. 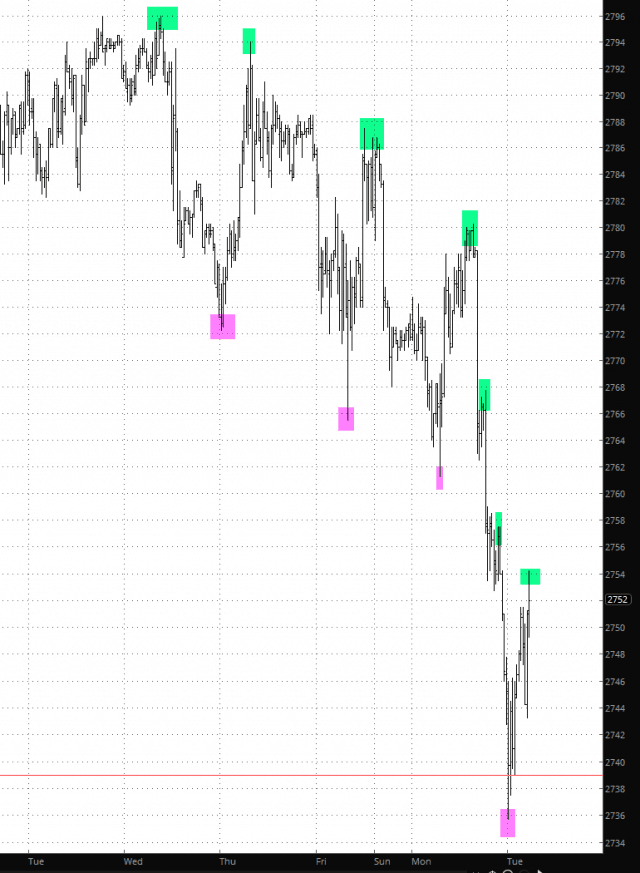 As long as I’m pissing and moaning, I’ll also say that bond strength isn’t helping, although it isn’t a shock either. The big picture on interest rates and bonds hasn’t changed (that is, I’m still very bullish interest rates), but we’re getting a flight-to-quality lurch higher in bonds just like we did in March. 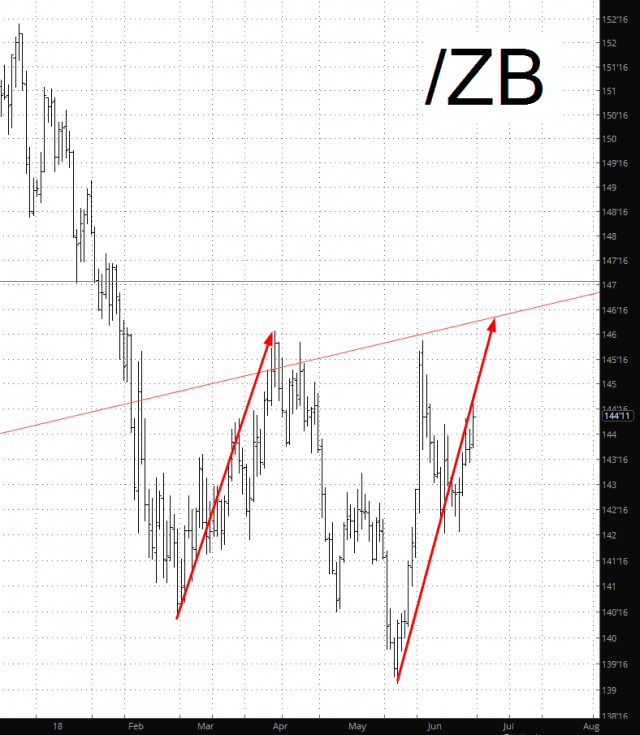