I was amused – and a little amazed – to see this item this morning: 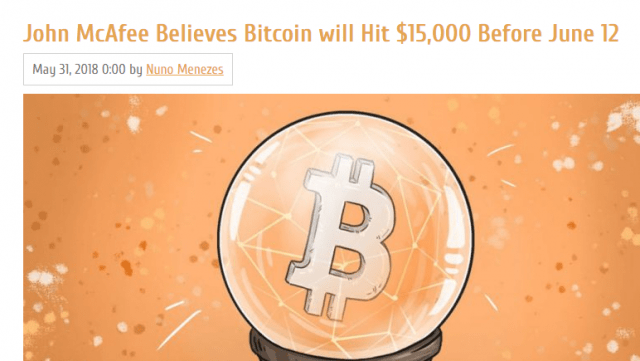 For the two or three of you unfamiliar with John McAfee’s famous bet, allow me to summarize it with one sentence and photo; as you can see, the former tech titan is looking a bit out of sorts these days: 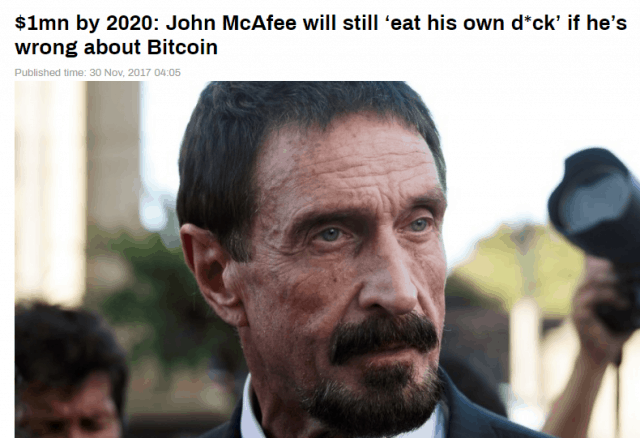 See, I was convinced that this man has stumbled only publicity gold, because he made a provocative, amusing statement that swept the airwaves, but the prediction was far enough out that he could enjoy the fruits of this weird publicity stunt for a while without risk or bodily harm.

Maybe he was feeling attention-hungry and decided to step up his game, but predicting that Bitcoin would DOUBLE in such a short span of time (one week at this point) seems virtually guaranteed to fail. I mean, the chart would have to do something like this: 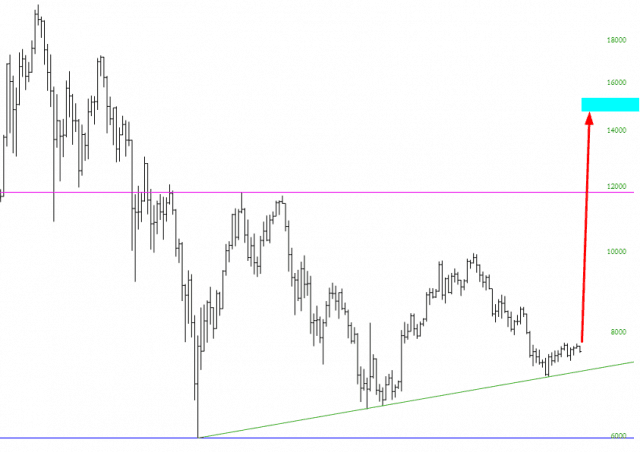 And, let’s face it, Bitcoin has done little but stumble and fumble for the past seven months, having lost a huge amount of its value (as well as all the momentum it had from the worldwide crypto craze that peaked around the beginning of the year).

I mean, hell, if even the likes of Altucher decide to pivot awake from hawking crypto crap and instead promise preposterous pot profits, you know it’s time for McAfee to move on. 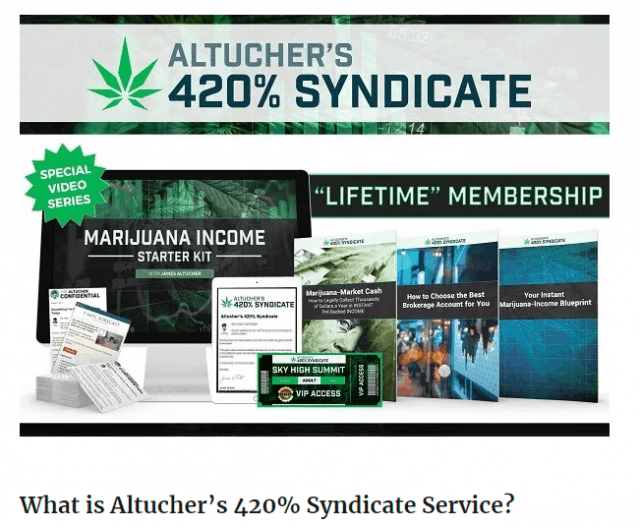 As for McAfee’s dick…………I think there’s trouble ahead.