Whenever someone argues against short-selling, they often bring up two very scary words: Infinite Risk. In other words, the most you could lose on a long position is 100%. But there is no mathematical limit to short losses. You could short a stock at $10 and it opens the next day at – – what – – let’s say $500,000. Shriek, right?

Well, yeah, but that doesn’t happen. I think the most horrendous wipeout I ever suffered was a 50% gap up, and since my positions are typically 1% of my portfolio, it wasn’t devastating. If someone is going to argue against short selling, I think a far better and more realistic argument is not that losses are unlimited but that profits are limited.

I’ve used SlopeCharts to create some percentage charts below, to illustrate some long-term winners as Intel…… 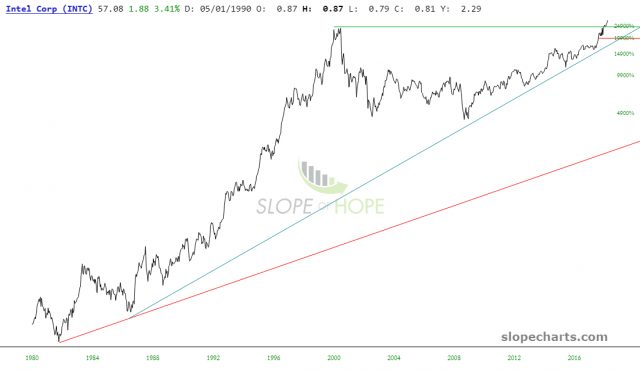 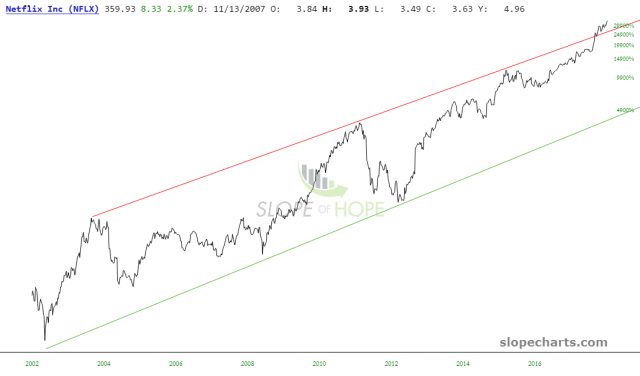 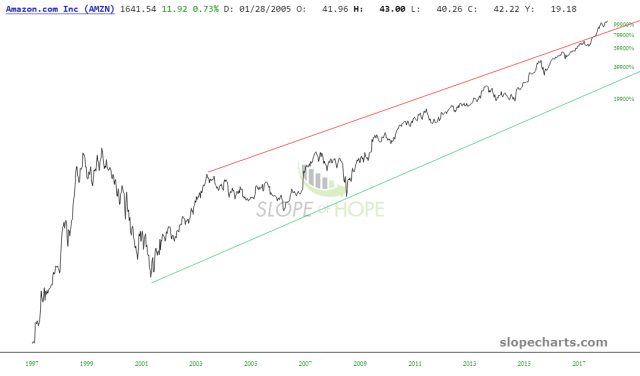 ……..and Home Depot. These are the stocks on which life-changing fortunes have been made, even by regular folks. 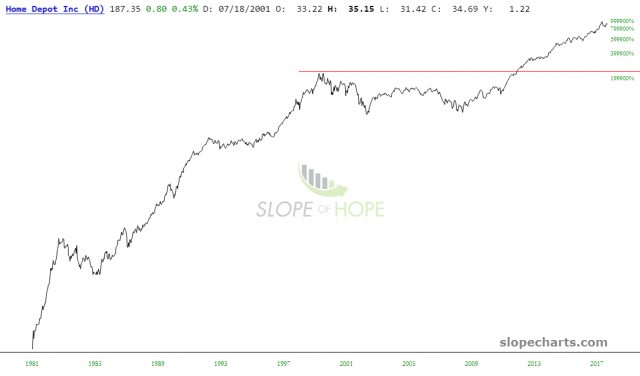 I will say one thing, however. Gains like these take many years, if not decades. Yet when a bear market does come – – and, hard as it is to believe, yes, they really do come – – the move down is dramatically faster than the move up. The exact same example we gave above, Intel, lost over 80% of its value in merely two years. Same company. Same stock. But a very different outcome if your entry or exit aren’t right. 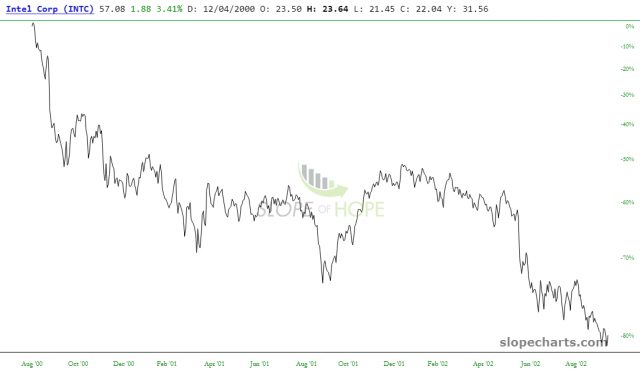