Each one’s Financial ETF is weaker than its country’s major index, and in the case of the EUFN and GXC ratios, are sitting at a major support level, while the XLF ratio is approaching major support. 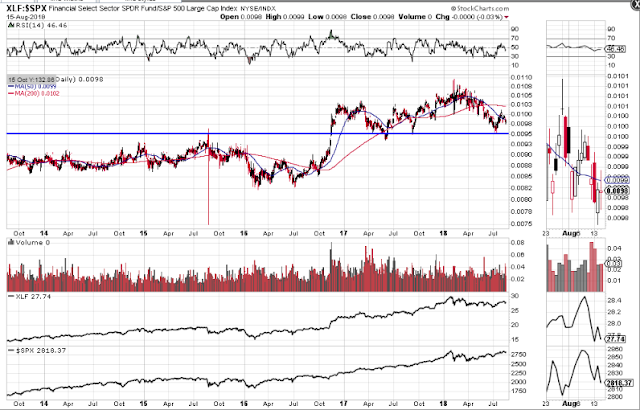 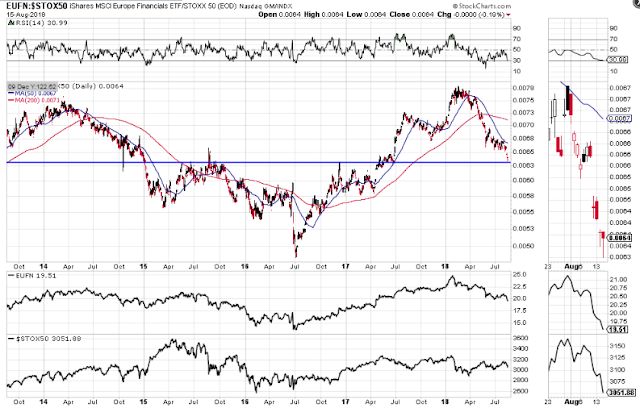 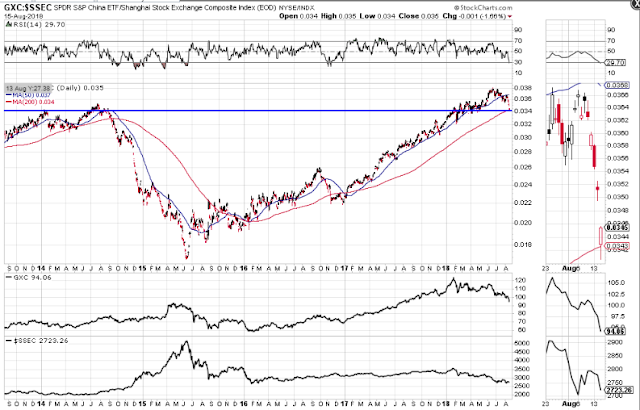 The fourth ratio chart shows that the Emerging Markets Bond ETF (EMB) is stronger than its counterpart Emerging Markets ETF (EEM) and is approaching a major resistance level. (Note that EMB holds USD-denominated rather than local-currency debt, and eliminates direct currency risk for U.S. investors, but raises the possibility that a strengthening dollar or weakening local currency could make the debt harder to service, increasing credit risk.) 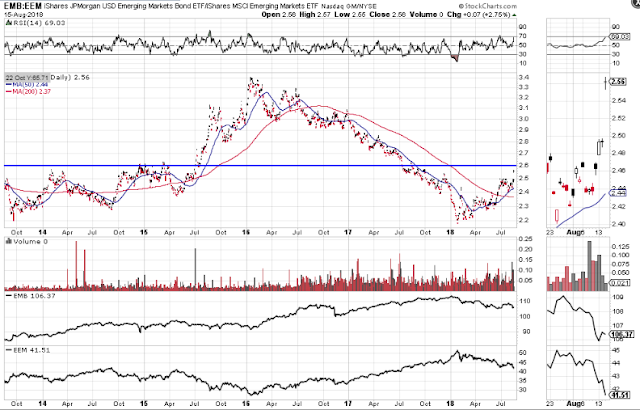 The next chart of the USD shows price approaching its next major resistance level at 97.50. 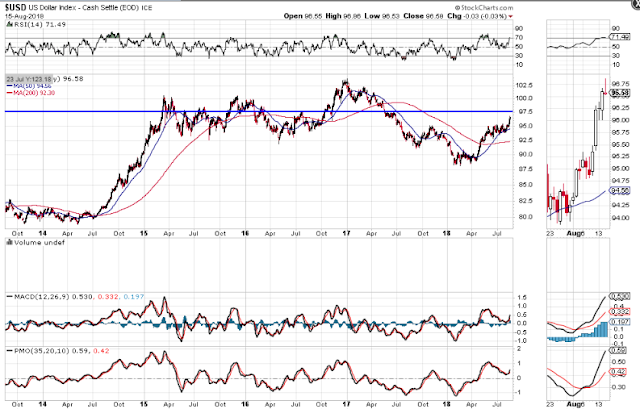 The next ratio chart shows the strengthening of the USD compared to EMB since the end of January. Price has a way to go before it hits its next major resistance level. 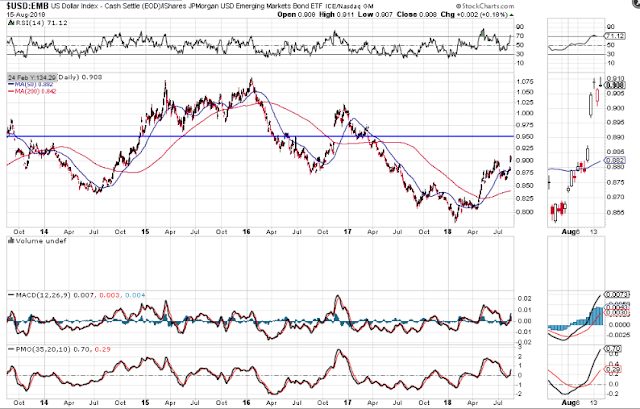 The last three ratio charts compare price of the STOX50, SSEC, and EEM to the SPX. They are all much weaker than the SPX, the STOX50 and EEM ratios are sitting on major support, and the SSEC ratio is trading below major support. 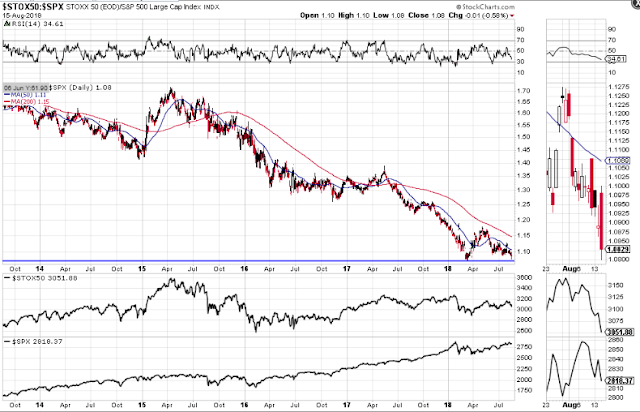 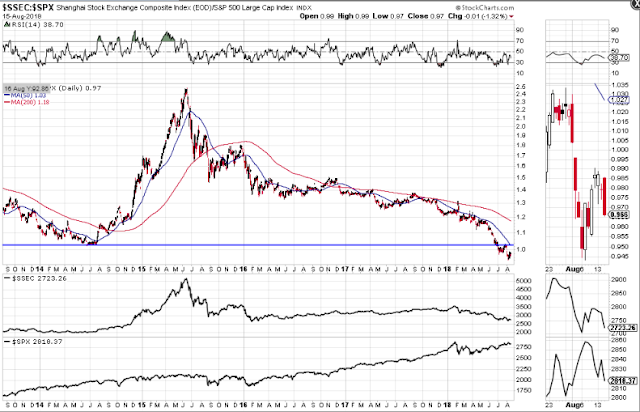 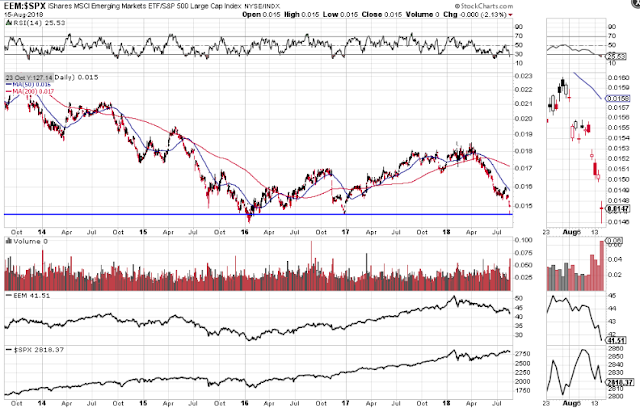 The last graph shows the percentages lost in the SPX, XLF, STOX50, EUFN, SSEC, GXC, EEM and EMB since they peaked around the end of January this year, as well as the gains made, conversely, in the USD.

Unless all of the three Financial ETFs firm up and attract new buyers soon, we’ll see weakness continue, and possibly accelerate, in European, Chinese and Emerging Markets, potentially dragging U.S. equities down, as well. Keep a close eye on the USD as a potential flight-to-safety trade in such an event.

With respect to the U.S. market, I’d also refer you to my comments outlined during the past month in my posts here, here, here and here, which describe other factors I’m watching.