As a companion piece to the fun (but scary) Late Night Terror post from last night, here’s something for this morning: 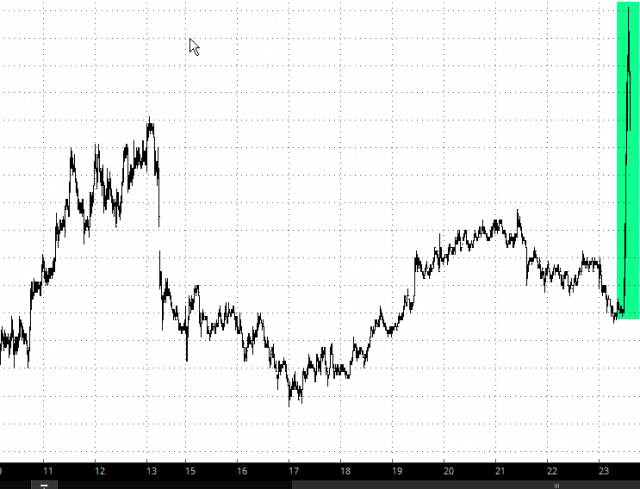 Let’s just say I’m glad I was sleeping when it happened. When I saw it (after the fact) this morning, I tried to think of something mildly amusing to say about it. So I figured I’d claim that the algos saw a headline that read “CHINA DEAL………” and then got to the story which read “China deals with dissidents by imprisoning them in western camps………”

My stupid joke actually was actually pretty sensible compared to what REALLY happened. Turns out some Chinese official was quoted as declaring Trump and Xi had agreed to deal points, but upon deeper inspection, he was referring to a phone call made WEEKS ago, which Trump already talked about, and which was just posturing in anticipation of their discussions. Once the idiotic algos figuring this out, the spike reversed and then sent prices lower. Absolutely ridiculous and comic…………. 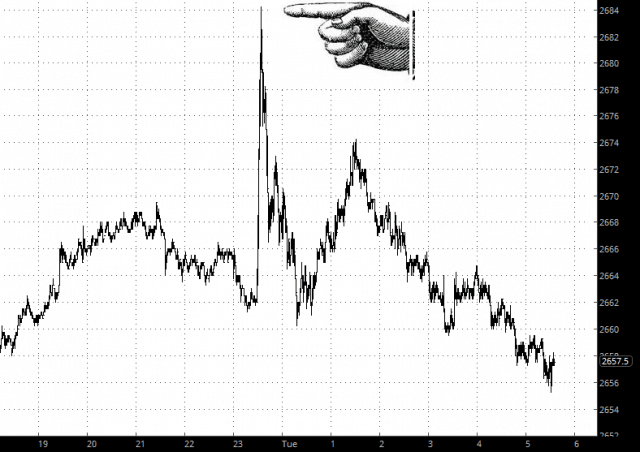 One can only imagine how pissed-off retail traders are who got stopped out of their ES shorts (or who jumped into long positions based on the spike) only to see things rip the other direction.

There’s quite clearly a lot of tension and anticipation about the G20. I’ll say again what I’ve said before: an agreement won’t mean ANYTHING. Yes, it’ll spike things (as shown above), but any kind of deal isn’t going to magically cure the massive systemic problems that affect the globe. It’ll be sort of like a terminal cancer patient gets the news that the cut on their finger is actually going to heal up quite nicely. It’ll be a spark of good news that is briefly celebrated, but soon enough, the more macro problem will become plain once more. 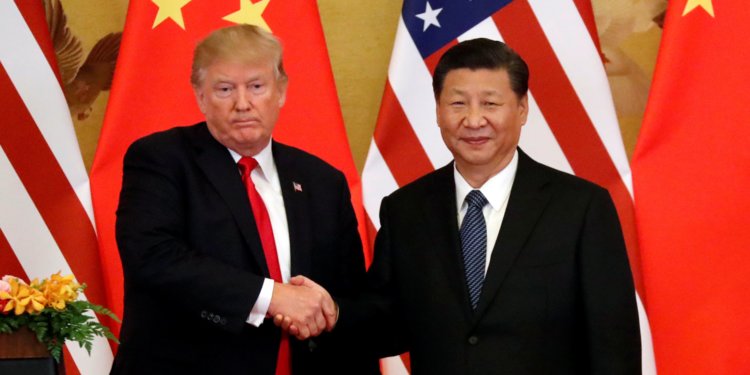