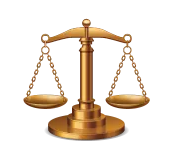 I cannot profess to tell others how to effectively manage their accounts because I am a lowly participant who is learning all the time. The truth is that 2019’s learning is much different than 2018’s learning was, which was different than 2016, 2011, 2008/2009 and other pivotal market phases. So I’d say that the biggest lesson to learn has been the concept of marrying adaptability with discipline.

Cookie cutter advisers and brokers have it easier. They’re the majority of market professionals and they’ve learned and set in stone the way of allocating into markets; 60/40 stocks to bonds or some such variant. But for something more effective than ‘cookie cutter’, you need to keep learning, adapting and holding discipline as long as your signals remain valid.

As for the current situation and speaking personally, it usually does not work out like this, especially when anticipating a corrective phase in the precious metals. The way it usually works is that I under estimate the intensity of a correction that I am pretty sure is coming and either I don’t sell quite enough, don’t hedge correctly (timing-wise) or don’t balance the portfolios optimally, even if the balancing seemed logical at the time it was undertaken. Often that is because the last market situation is not going to be like the next one. Automatic, cookie-cutter thinking need not apply. Adaptability.

Well somehow today, with gold and silver stocks way off their highs (and GDX & GDXJ painting bogus looking engulfing candles) I am right at my personal portfolio’s value highs for the year despite 2019’s best trade having topped out a couple weeks ago. That is due to some combination of…

I think that sooner rather than later the time for balance will shift to a time to once again lean in a favored direction. At this time the lean projects to be long the gold sector at the next buying opportunity and defensive to bearish on US stocks, with an open minded view as signaled by the Semi sector and its projected cyclical bottom in H2 2019 (the technical bottom is well behind us).

Meanwhile, we go through the stock market’s upside FOMO fest and the precious metals’ correction with a little event called FOMC on the near horizon. If you click that link you’ll see some reasoning as to why Mr. Powell may not sound like quite the dove the happy bulls are expecting.

If you click the graphic below you will find an article from MarketWatch telling of the “tailwind” in stocks, per Credit Suisse. I will simply ask you to compare headlines like this – appearing as SPX nears point #5 on the chart above – to media headlines about the dreaded Trade War and all that cable news talk about the “Inverted Yield Curve!!!” alarming the public a few weeks ago. The public: “I don’t know WTF an inverted  yield curve is but I sure don’t like the sound of it!”

A setup appears to be taking shape and unbalanced players are likely to get hammered. Wash, rinse…