Further to my last weekly market update, this week's update will look
at:

All six Major Indices closed this past week lower,
as shown on the Weekly charts below. 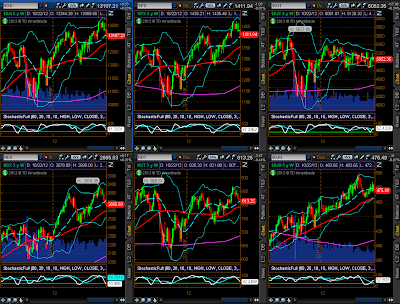 The 1-Week
percentage gained/lost graph below shows that the Dow 30 lost the most,
followed by the Dow Utilities, S&P 500, Russell 2000, Dow Transports, and
Nasdaq 100. 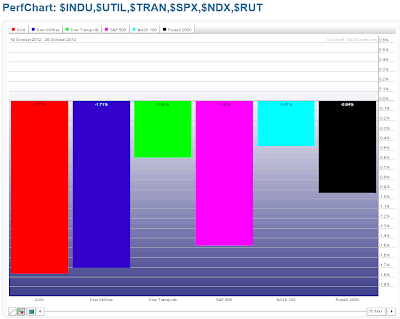 All nine Major Sectors also closed the week lower,
as shown on the Weekly charts below. 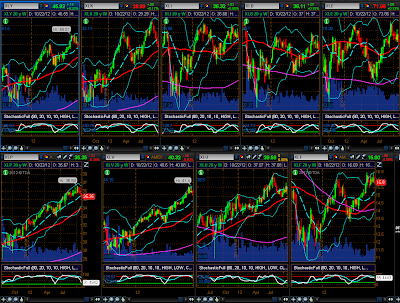 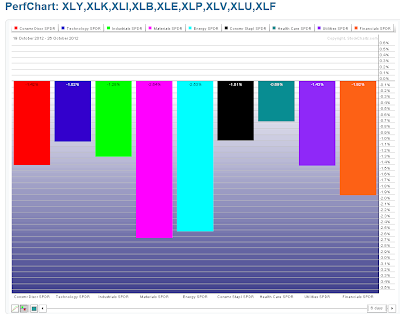 Generally, the Major
Indices and Major Sectors are trading around/near their mid-Bollinger Band on
the Weekly timeframe. The next level of support would be the lower Bollinger
Band once they've reached an oversold condition on their Stochastics
Indicator…several are in that vicinity already, but have yet to cross up with
positive divergence. It may take such a situation to occur before any buying
with conviction (and higher volumes) returns to these markets.

On a
Daily timeframe, I'm watching for a break and hold
below the last swing low (on the following three ratio charts
comparing the SPX, RUT, and NDX with their respective Volatility
Indices) to indicate that further selling/weakness is occurring on
accelerating volatility momentum. The Momentum indicator is still in
bearish territory below the zero level on all three charts, and price is
currently in a "bear flag" formation. 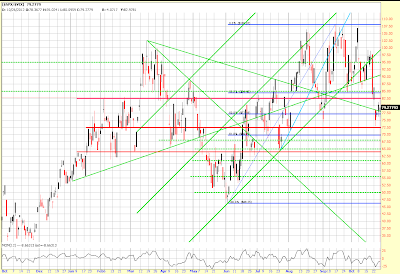 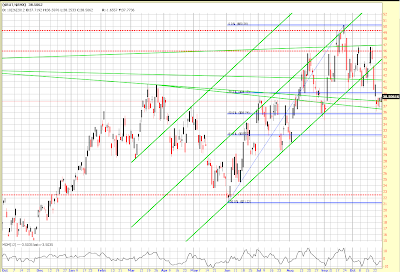 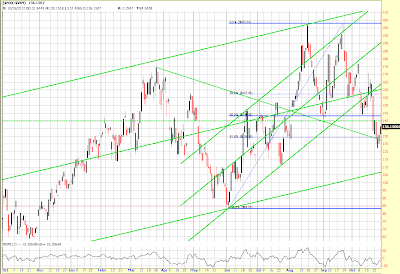 SPX vs. Other World Indices

Depicted on the following Daily
ratio charts are comparisons of the S&P 500 Index with
other World Indices. I've drawn in support and resistance levels, as
well as trendlines on price and the RSI, MACD, and Stochastics indicators, which
are self-explanatory. The only comment I will make is a general
observation that the SPX has weakened compared to all of them, either
in the past few days, couple of weeks, couple of months, or from mid-2012. This
is actually shown most clearly on the first chart which compares the SPX with
the World Index…price has been in decline from mid-year, and currently
remains beneath the 200 sma (red).

The big question is
whether the SPX resumes a leadership role compared to these other indices in the
next few days, weeks, or even months. We may see further comparative weakness
until the U.S. election has taken place and the Fiscal Cliff issue resolved.
Either way, it will be interesting to see where the SPX ends up by the end of
this year as either a world index leader or a laggard. 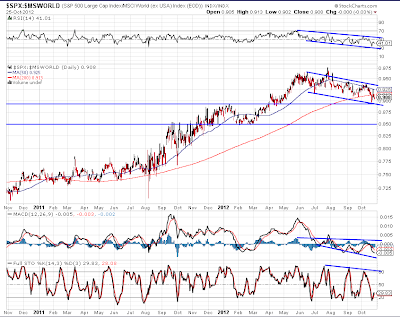 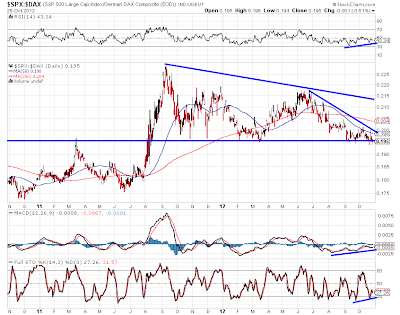 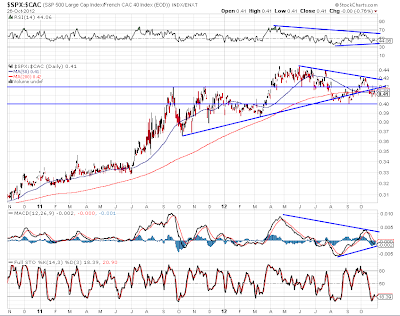 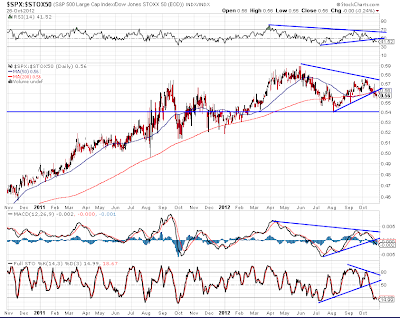 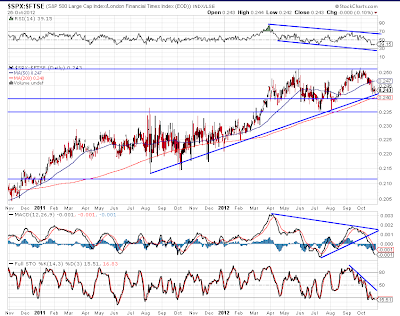 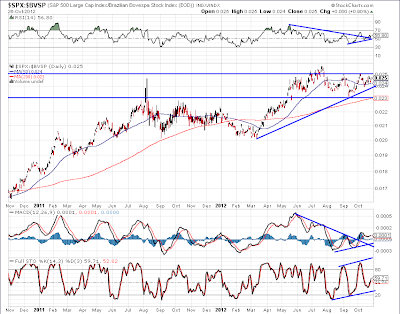 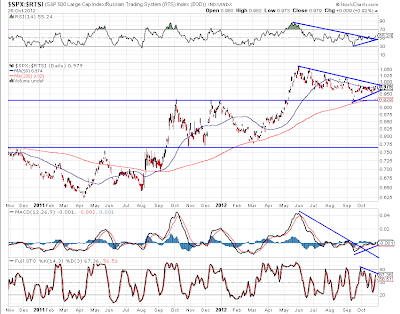 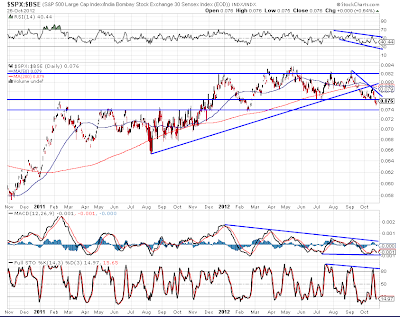 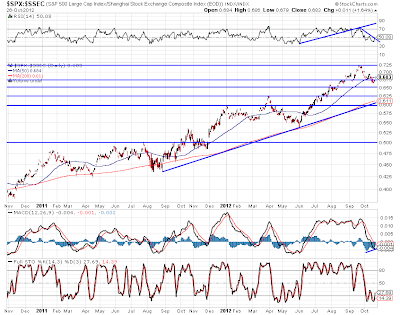 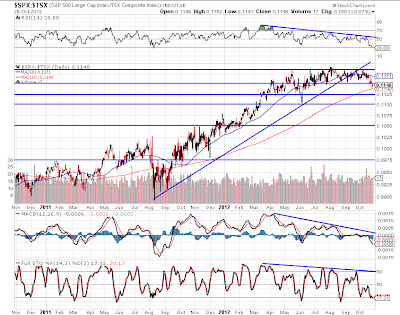 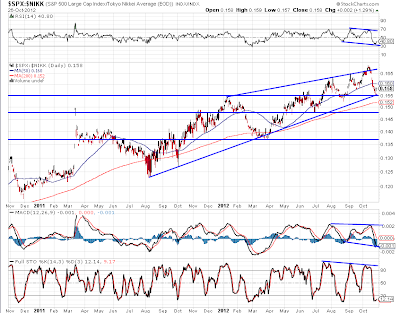 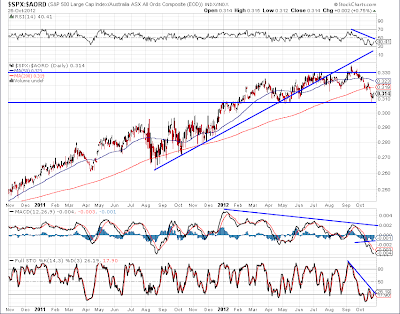 Enjoy your weekend
and good luck next week!