As shown on the Weekly charts and the percentage gained/lost graph below of the Major Indices, the largest gains this past week were made in the Nasdaq 100, followed by the S&P 500, Russell 2000, Dow 30, Dow Transports, and Dow Utilities. All are still running in overbought territory on the weekly Stochastics indicator. The S&P 500 finally reached an all-time high and closing high (along with the Dow 30). 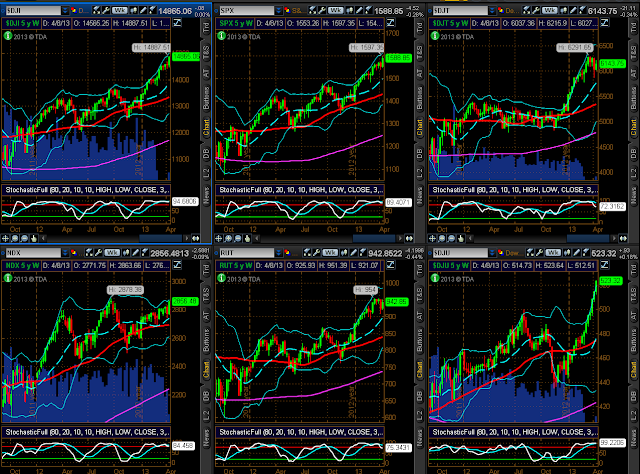 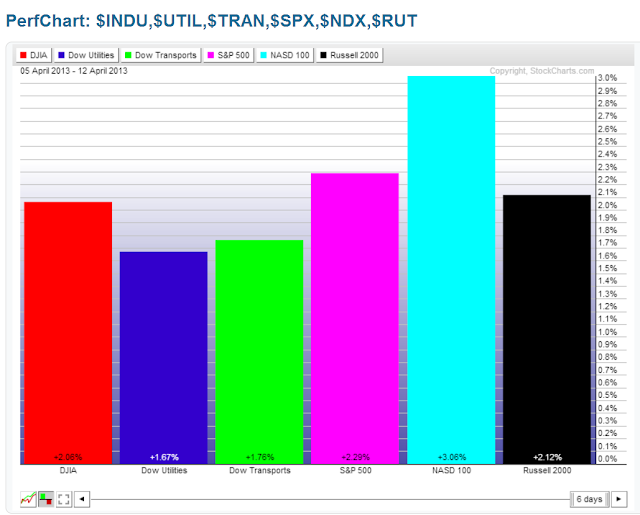 As shown on the Weekly charts and the percentage gained/lost graph below of the Major Sectors, the largest gains made this week were in Cyclicals, followed by Health Care, Consumer Staples, Financials, Technology, Industrials, Utilities, Materials, and Energy, as buyers added more ‘risk.’ All are still running in overbought territory on the weekly Stochastics indicator. 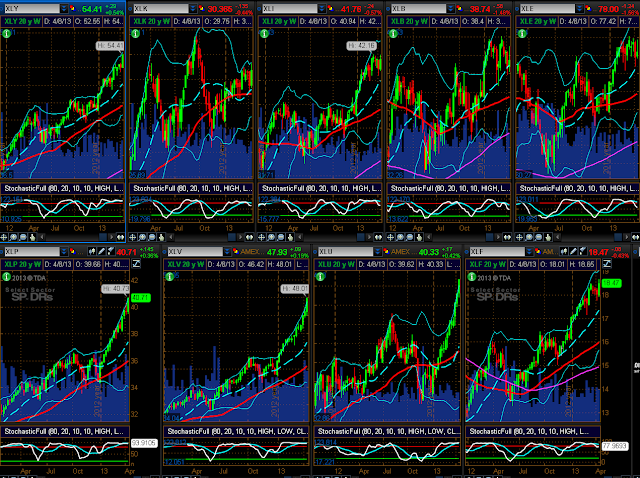 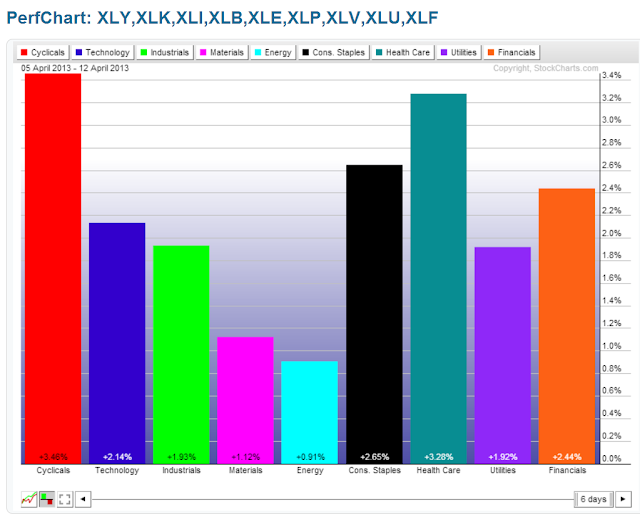 This week I’m looking at a comparison of percentage gained/lost of a variety of commodities, the Homebuilders Sector, the US $, 30-Year Bonds vs. the Major Indices vs. the Major Sectors.

The first 3 graphs show the timeperiod from the March 6, 2009 lows made by the SPX to today’s (Friday’s) close. 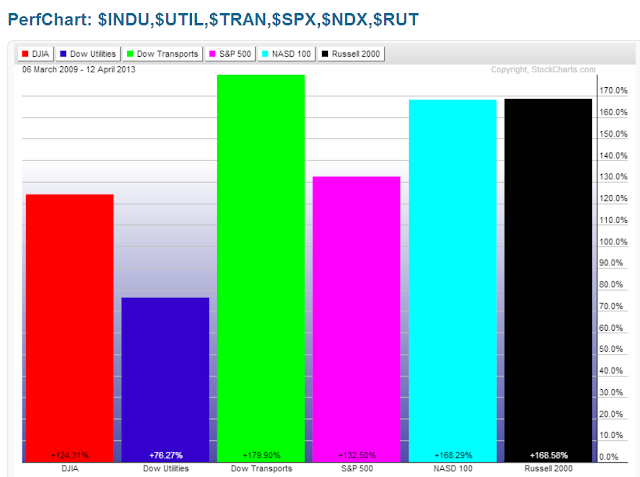 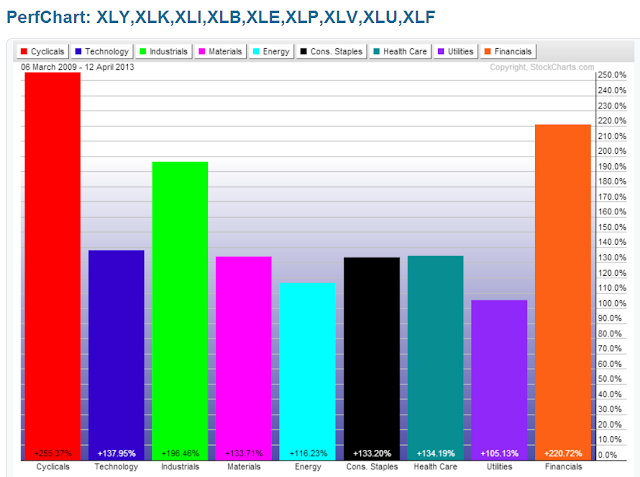 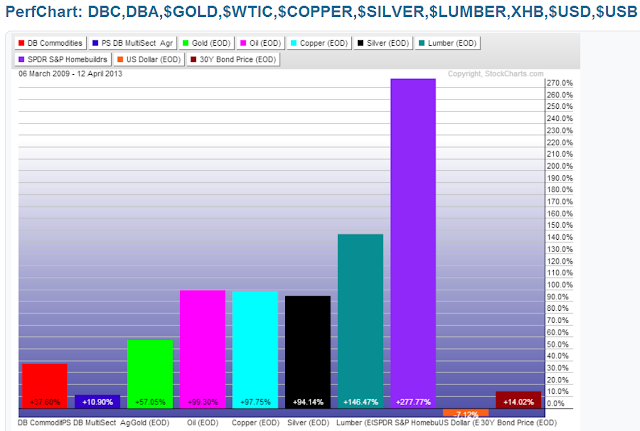 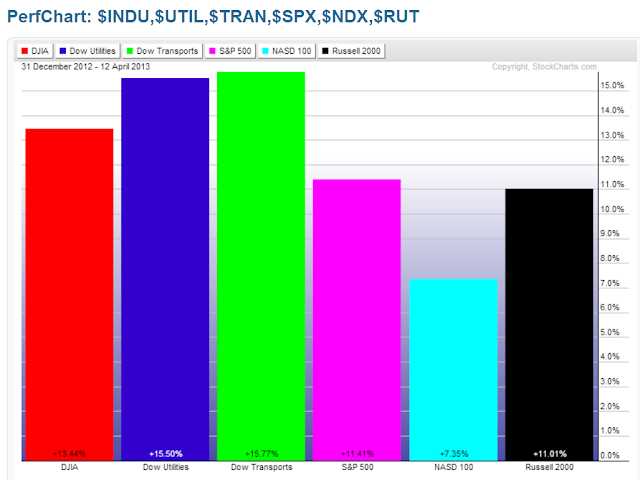 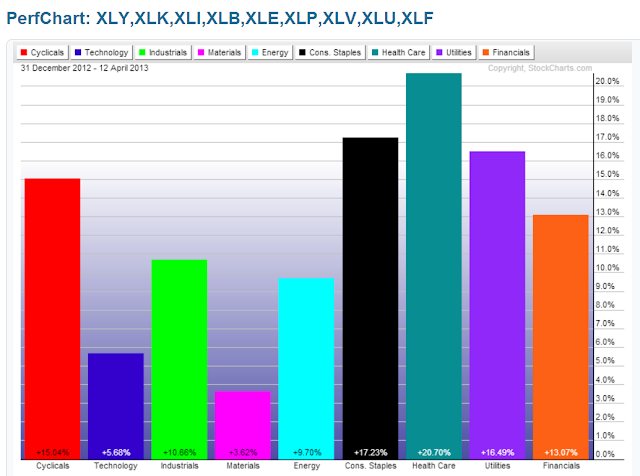 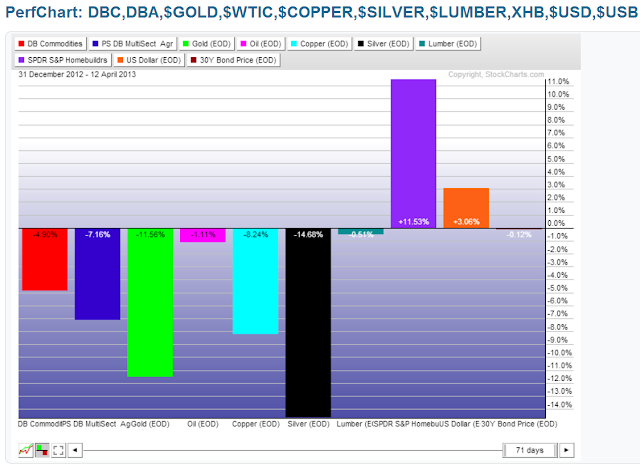 The last graph shows the gains/losses made this past week on only the commodities through to USB, since you can find the 1-week graphs of the Major Indices and Major Sectors above. 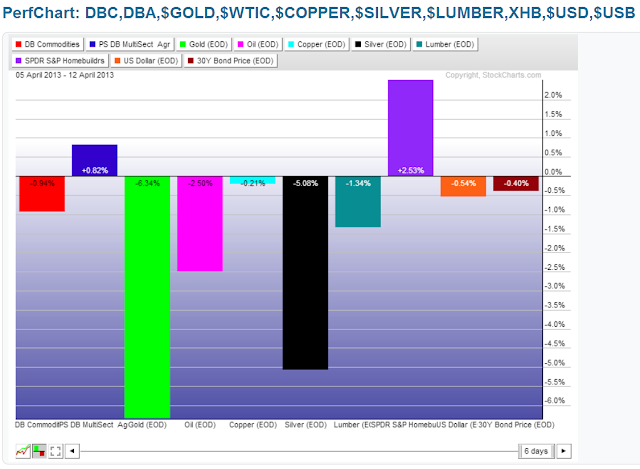 In analyzing the above graphs showing their 3 different timeperiods, I would note the following observations:

From the above observations, I’d keep an eye on:

Next week (Wednesday at 2:00 pm EST), we’ll see the release of the Beige Book information with details on the latest economic conditions, which may offer some clues in answer to my questions. Friday is monthly Options Expiration, so we we may see an increase in volatility during the week as traders rotate out of and into various instruments. And, of course, we’re in the midst of earnings season for Q1 of 2013, so we may see added volatility in that regard.