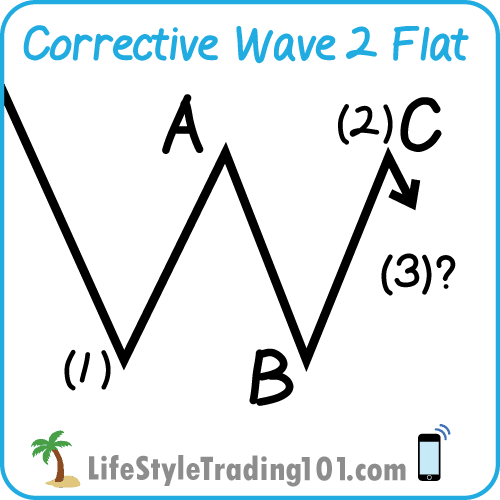 We just had the worst first week of a New Year in history.

China issues? North Korea nuclear tests? Or was it the Fed?

Assign whatever fundamental reason you want – the pattern was set up for this drop, according to Elliott Wave Theory, a form of technical anaylsis. I made this prediction shortly before it began in this Youtube video on December 27. I was off by a couple of days since the actual drop began on December 30.

I also posted this on my iTunes podcast.

My prediction for Friday was off – I thought we completed the 5-wave pattern, but in fact the yellow 5 – is really a b-wave low. Instead, this is what happened:

While my prediction wasn’t perfect on Friday — it was quite accurate for every turn from December 8 til Janurary 7.

The consolidation between December 30-31 without a bounce was a key clue that the bullish possibility would now be off the table. And instead, we would  begin a change in direction.

We got the 3rd wave — confirming the down trade, but then experienced a big bounce that night in what would be a B-wave triangle That night, we broke out of that triangle and began what might be the c-wave drop — which should follow the pattern a-b-1-2-3-4-5. This pattern suggests a 3rd wave down next.

We got the 3rd wave down over night – but also a huge rally during the day – that followed a drop into the close.

This is where my mistake was – I mistook that drop as a 5th wave – but really it was a b-wave.

We finished the A-B-C 4th wave flat – and then got a 5th wave down.

Where to from now?

At this point, we are left with the question of whether that 5th wave is complete or whether this is a potential extension. It looks like we may potentially retest the August 2015 lows – which I expect sometime in the next few months – but in terms of timing – I do not know exactly when.

it looks like there could be some more downside left. Ideally, I would like to see the 1950-1980 region to be tested to give another opportunity to re-enter shorts. I think we should get some important clues in the coming days as to whether we are going to 1850 right away or taking a bounce up first before coming down to those levels and potentially lower later in the year.

Some other important charts to take note of: