That’s something I’ve got in common with Private Pyle: he wants to be different. For whatever reason, I’m a contrarian to the core. Indeed, one of the appeals of messing around with personal computers back in 1980 was that practically nobody else was doing it (in case you hadn’t noticed, the unusualness of microcomputers vanishes decades ago, so that aspect of the appeal is likewise gone).

This contrarian view of the world extends to the “cover curse”, a theory to which I strongly subscribe. Any bold declaration made by a prominent publication seems to invariably mark an inflection point. There’s this cover, for instance, which came out immediately before the demise and near-bankruptcy of Apple: 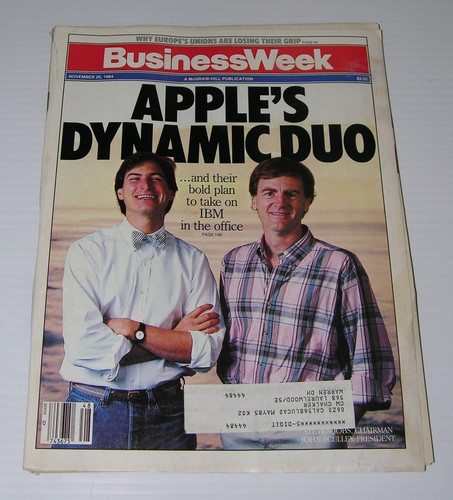 This cover from The Economist (itself quite famous for its covers being so often dead wrong) when oil was $10 per barrel and was about to explode hundreds of percent higher.

This homoerotic image of the strength of the US dollar, just before it commenced its very steady slide promptly at the start of 2017: 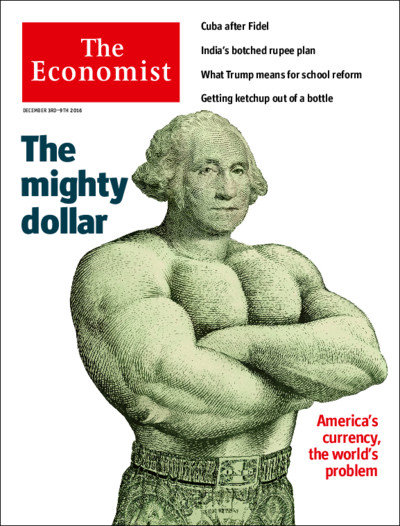 Barron’s decided Facebook was a lousy stock, just before it started a gargantuan run up to “blue chip” stock status, almost exactly to the day…… 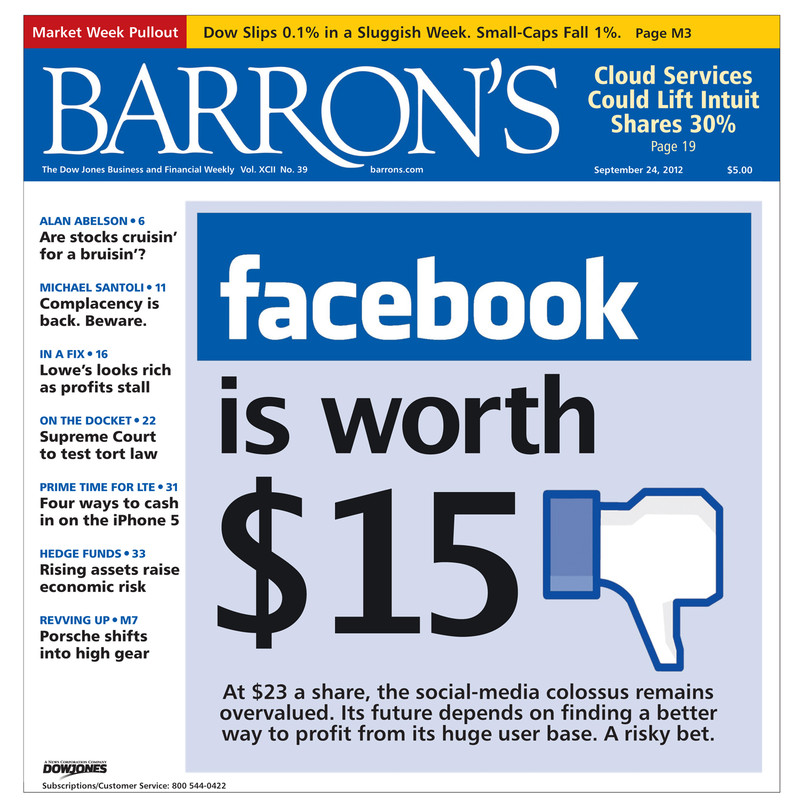 And, perhaps the most famous of all, Business Week decided just before 1980 began that stocks were doomed, after which time literally trillions of dollars of new wealth were created.

So, time and again, newspapers and magazines get it wrong – – but plenty of other media does too. This book, for instance, was all about the coast-to-coast millionaires in the United States, and it came out June 2007, precisely at the apex of the housing bubble.

So with mountains of other anecdotal evidence, it would seem that only a fool would declare loudly, on a public stage, anything definitive, since major announcements from prominent publications or thought leaders so often represent the collective consciousness at the point that it’s utterly saturated with some particular notion. Even though they say that no one rings a bell at the top, if you look historically at major turning points, there were always bells ringing – – just in a contrarian, hidden form.

Thus, when Trump was elected, inaugurated, and soon thereafter started bragging about the stock market, it seemed like a major reversal signal. After all, this is the President of the United States, and he’s crowing to the world about a stock market for which he gives himself full credit. So that’s bound to be some kind of peak, right? Surely after a tweet like that, the gods above will shame the man, just like they’ve embarrassed anyone showing hubris since the times of the ancient Greeks. Right?

And yet there they are. Tweet after tweet, month after month, about high after high. And yet the market just keeps going higher……….which, let’s face it, is just going to egg the man on even more. It’s one thing for an old biddy like Yellen to yammer on about no more crises in her lifetime. But the POTUS is another matter altogether.

It really wasn’t that long ago that acts of hubris, either in the form of cover stories or political braggadocio, were met with swift reprisal from the universe. The biggest question facing us today – – far greater than where interest rates are going, or what the dollar is going to do, or even whether Kim is ever going to launch any of those missiles he’s so proud of – – is whether market forces………..normal market forces…………..are gone for good. They might just be, and if so, hubris is not only back in style, but it’s going to be here to stay for a long, long time.