The following monthly comparison chart shows the price action of all three. The US Dollar, generally, trends in the same direction as the 10YR T-Note, but has seen much more volatile swings. The 10YR Rate has recently broken above a very long-term downtrend line and is threatening to break above 3%, a level last hit in January 2014. 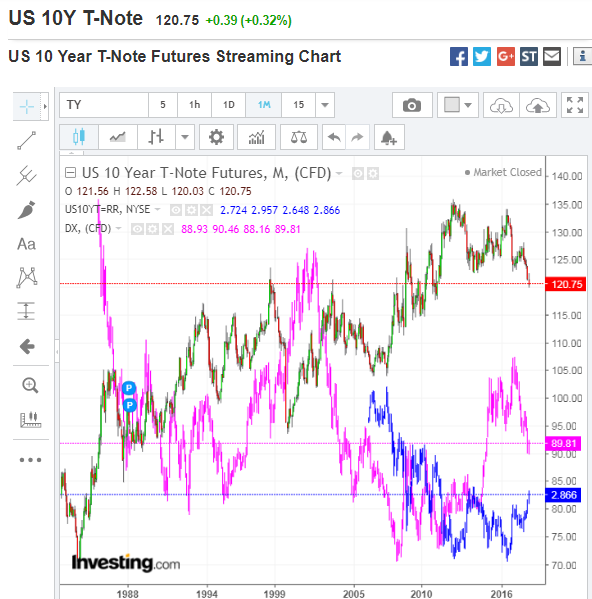 There are four sets of Fibonacci retracement drawings depicted on the following monthly chart of the 10YR T-Note, as well as a very long-term uptrending channel.

Price has recently broken below the bottom of this channel and sits at/near major support at the convergence of various levels of three of these Fib retracements (two long term and one short term) around 120.00. Major resistance lies a short distance above at 121.59 to 122.70 ( two short term Fib levels and channel confluence). 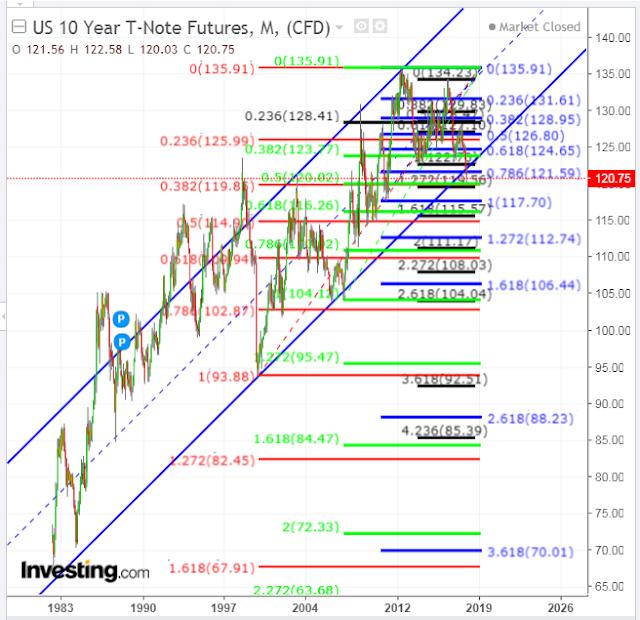 We’ll see if buyers step in to 10YR T-Notes and the US Dollar if the 10YR Rate spikes up to/through 3%.