Twitter (TWTR) is stuck in between two long-term Fibonacci retracement levels (after nearly tagging and retreating from the 40% Fib) and a downtrending channel, as shown on the following monthly chart.

Momentum had been building since mid-2017, but was capped in mid-February.

It is 29% lower than it was at the close of its first week of its IPO (November 7, 2013), and it has spent more time under water since then, as shown on the weekly chart below.

A drop and hold below 28.00 could see a further decline to 20.00, or lower. Alternatively, a break and hold above 40.00 would be needed to confirm a sustainable price rally. 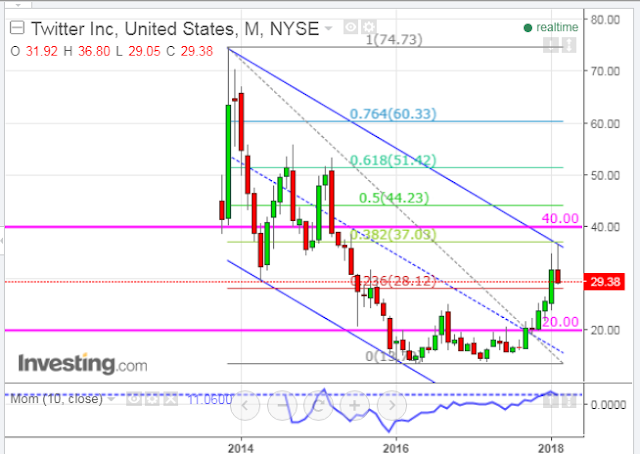 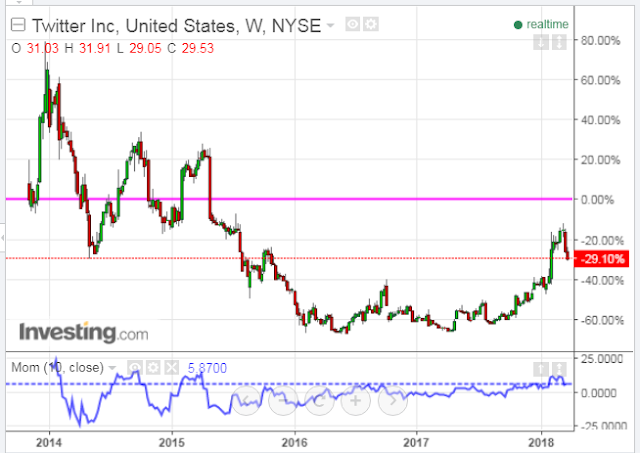