There are some stocks which are simply impervious to pain. Yesterday, for example (which feels like about a decade ago at this point) was a big down day, but if for some reason you were only looking at Amazon or Netflix, you would have had zero idea. None. They just keep going up or, at worst, go down a few pennies.

The same can be said for Apple. The world’s most crowded trade hasn’t suffered any negative effects from its crowded-ness. I mean, just LOOK at this: 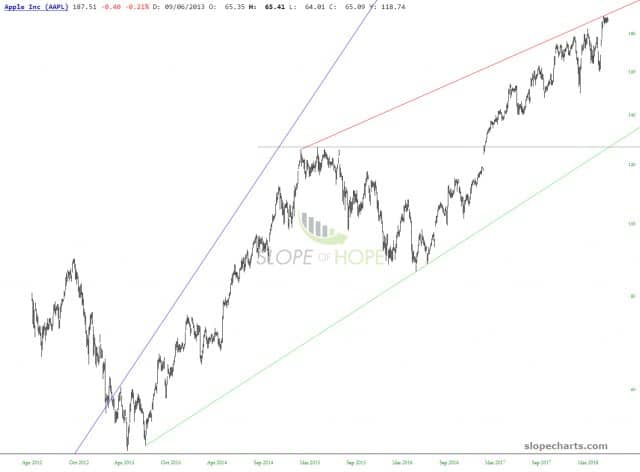 Backing away, you can see this stock has created literally hundreds of billions of dollars in assets for shareholders. It’s almost like owning a city block of homes in Palo Alto. 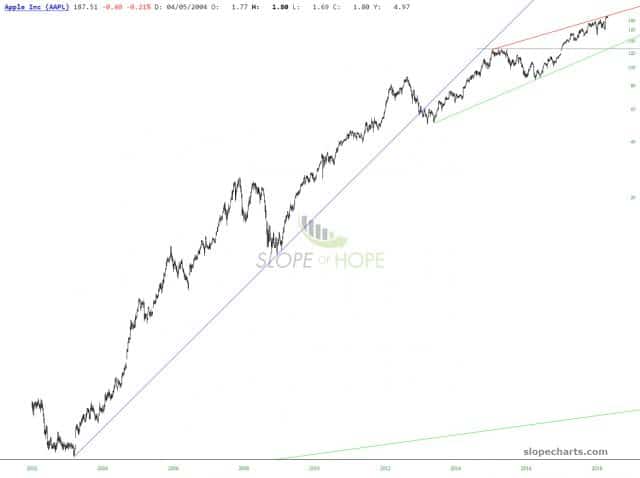 For the likes of Apple, Amazon, Netflix, Google, and the rest of these Bay Area monsters, they’re going to keep going up until the stop going up. My view is that they will be the last man standing. If – – and at this point, yeah, I’m saying if – – human history ever sees these creatures go into their own bear markets, they will drag everything else down with them helplessly.