Instead, it has to do with one of the greatest lies of the 20th century, which is as follows:

If your experience with Krazy Glue was anything like mine, you realize one of the cold truths of life: it doesn’t work. Well, that’s unfair. It actually does work quite well at one thing: bonding fingertips together. Indeed, I suspect the man grasping the hardhat featured in the commercial above was soon after found as a bloody, broken mess. The body parts intact would have been his thumb and index fingers, each permanently fused together.

About a year ago, I stumbled upon Gorilla Glue. This stuff is incredible. I seriously doubt there are any problems in life that it cannot solve.

For example, my largest dog has a habit of chomping leashes in half. She gets her jollies out of liberating my middle dog during walks. It’s actually rather incredible. Armed with a pair of tin snips, you would struggle to cut any of my leashes in two. But my big black lab can do it in no time.

I normally would just throw such leashes away, but with some of the aforementioned Gorilla Glue, I have usable leashes which are probably even stronger than they were in the first place. 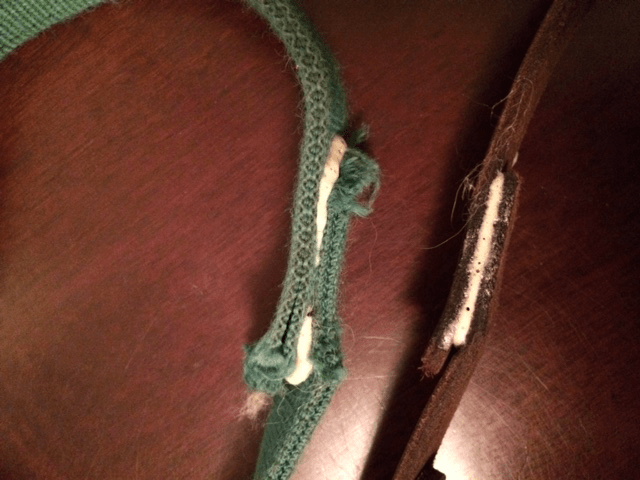 So if anyone ever tries to trot out the tired old saw about how duct tape can solve anything, stare them in the eye and inform them they’re not just behind the times, but they’re wrong. I know what really cures life’s ills.