Hey Gang, no trade suggestion this time.  I’m always keeping an eye out for context of the market environment and looking through some charts tonight, it prompted me to do a little study for myself and I thought I would share it with you all.  Here is the ratio of 3-month volatility to front month volatility.  Today, the ratio closed at .863.  Using a cut off line of crossing below .90, this has only happened seven other times during this entire bull market.  I’m ignoring the bear market bottom on this chart for the moment to keep things in context of the market type.  It’s too hard to really get a good sense of the daily price activity in this chart so I’m going to zoom in to each instance. 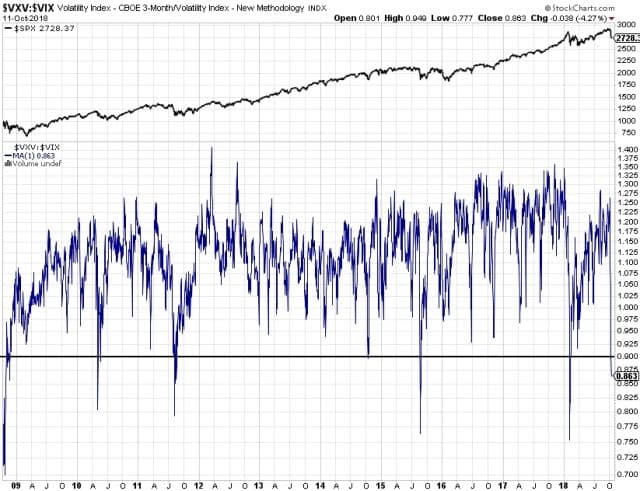 2010: The first two occurrences were in 2010 which was kicked off by the flash crash of May 6th (it doesn’t seem like it was eight years ago, does it?).  Price hit a 2-month low that day and it was A bottom, but not THE bottom for the move.  Notice the positive divergences over the next two months (it took a awhile to finally bottom). 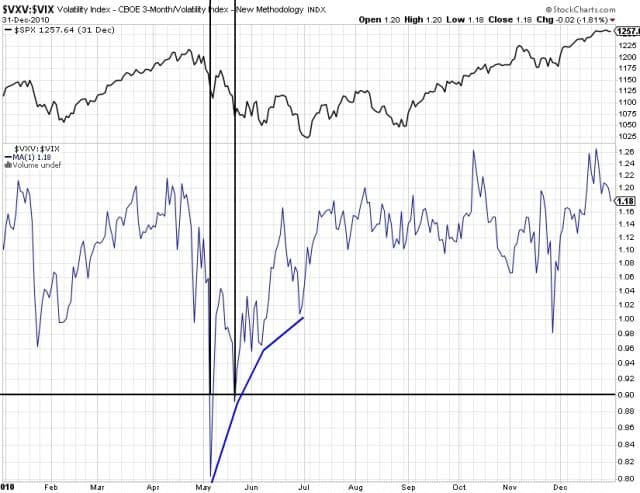 2011: The bottom was put in immediately, but it took another 2 months again and a retest before price resumed the uptrend. 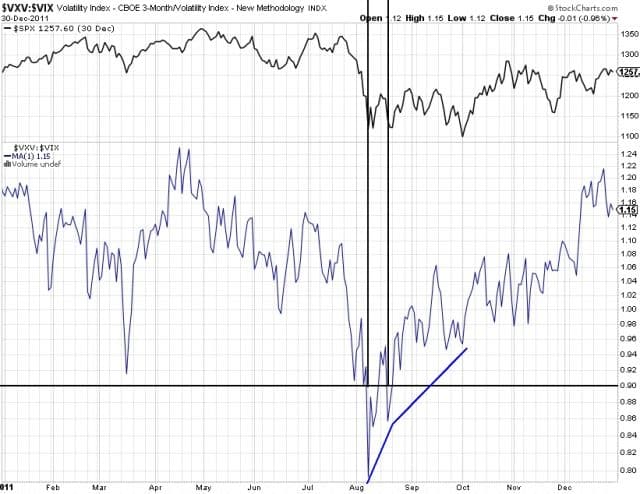 2014: This one barely registered, but marked a virtually immediate bottom which launched to fresh all time highs within a month. 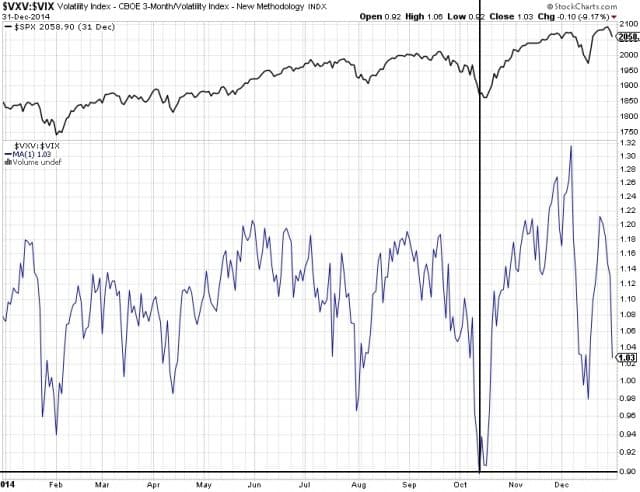 2015: This was during the first major momentum loss from the 2012-2014 bull run.  After the level break, price dropped a little further and then put in a bottom which was retested about a month later before returning to the highs. 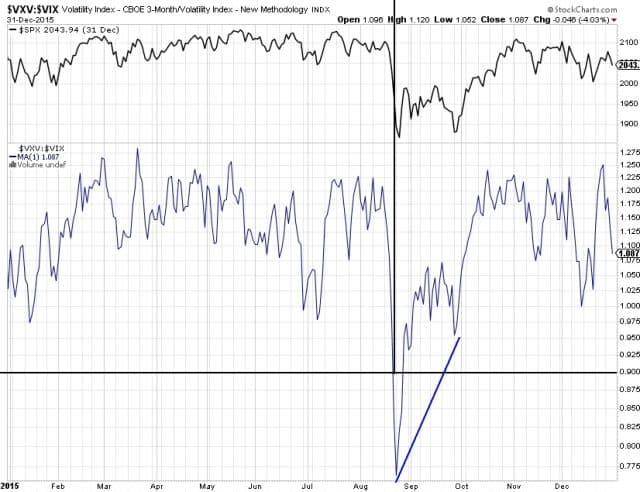 2018: And here we are with our current year.  Note that no other year had two level breaks so far apart in a single year.  In February when .90 broke, there was a gap down the next day followed by an immediate rally which gave way to further selling over the next week losing another 3% or so.  In this instance as well, the final bottom was put in 2 months later without further losses. 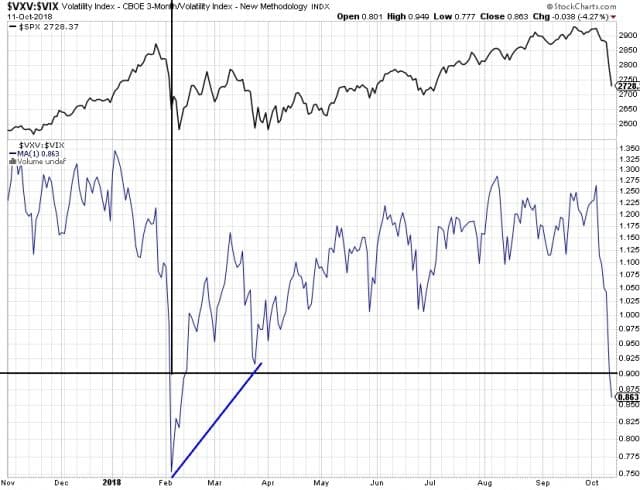 2007-2009: Finally, let’s see how this holds up during a bear market.  Unfortunately, the $VXV data only first appears in late 2007 so this is as far back as I can go with the ratio.  Even in a raging bear market, the ratio did not often break .90 EXCEPT during the Sept/Oct panic where major banks were going under and the integrity of the entire financial system was in question.  Any time the ratio DID get close, it was wise to cover any shorts rather than hold and wait for other opportunities.  For instance, the Jan 2008 .90 break led to choppy trading with a slightly lower low 2 months later (am I sensing a theme here?) before beginning a 2-3 month rally into the hungry jaws of bears.  Again in July, a near miss, but choppy trade followed for 2 months before the Sept/Oct carnage.  I don’t know about you, but I think this is some neat stuff.  I hope it helps someone make better trading decisions. 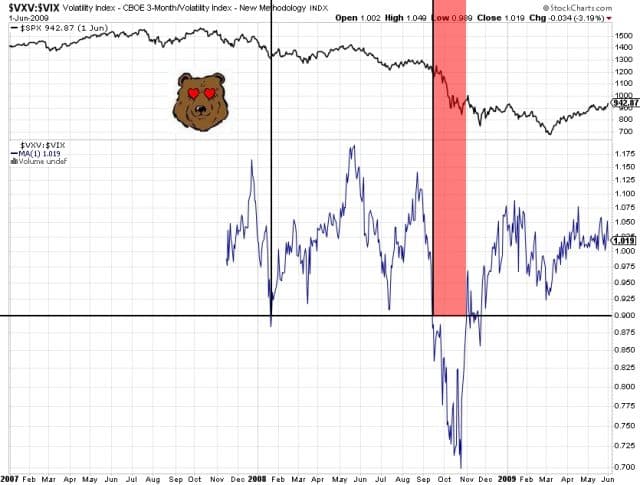 2011 bottomed: 2 months later with virtually no further losses, then back to ATH’s.

2018 bottomed: 2 months later.  Aftermath: Sharp rally followed by another plunge back to the lows before returning to the ATH’s.

Note that in only 2 of 7 instances did the index make significantly lower lows, but overall, there were wild swings and often another test of the low before the uptrend resumed…IF that is to be this time around.

And with that, I conclude my observations.  Thanks for reading.  Good luck all and may the bulls set themselves up for another bear mauling.   : )