There is no product of media that has had more influence in my life than the original Star Trek series. I watched the show incessantly as a child via reruns, but it has been a long time since I’ve really spent time watching the episodes in detail. Having done so recently, the experience is naturally an enormous contrast with what I experienced as a kid.

The special effects are obviously quite primitive, the technology references are woefully outdated, and the writing is uneven, varying from superb to absolutely awful.

The biggest shock for me, however, was the sex. It’s EVERYWHERE in the show. Easily one-third of the episodes are almost entirely driven by some kind of love interest, and it isn’t just Kirk. Most of the male crew members have got it goin’ on at some point or another with human women, alien women, green-skinned women, and even robots (that look like women).

One thing is for sure: there one was thing on Gene Roddenberry’s mind more than anything else. 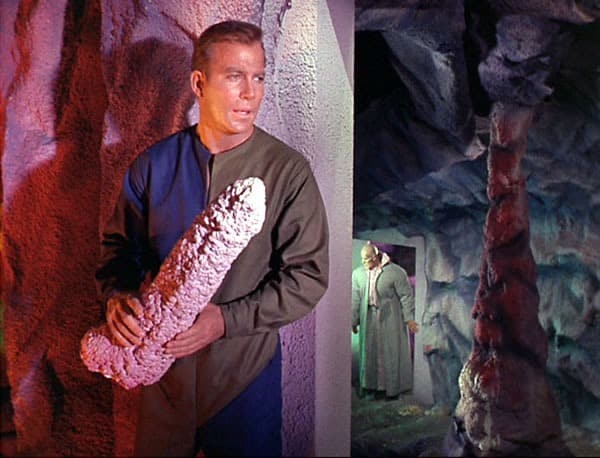