I think it’s only natural after a decline like Oct 10-11, 2018 for people to ask themselves a variety of questions.  “Is the bottom in or not?”  “Should I buy now or is it going to roll over again?” and “If it is going to roll over, how far does price bounce before rolling over?”

The question I’m asking today is, “After a decline that coincides with a $VXV:$VIX ratio under .90, how long does it take for a retracement to be put in and price to start rolling over?”

Based on the conclusions of my previous post, the likelihood of another test of the lows in approximately two months time appears to be high, even after a retested low has been put established.  On the path to two months from now, however, we still have to navigate a market day to day.  The paths after the ratio low signal triggered varied so much, it’s hard to really come up with anything consistent and even if there was a pretty clear repeated path, I wouldn’t want to suggest that there weren’t other paths that price could take, even a path that’s never been taken before because anything can happen.  In most cases, the final peak before a decline to at least the first low if not a lower low (or bear trap) took 4-6 weeks to be reached.  In the near-term, however, they all had an initial peak relatively quickly which provided a boundary for a chop zone (trading in a range).  This is what I want to explore.

For the purposes of this post, I am ignoring any secondary ratio decline below .90 because that didn’t always happen (occurred in 2010 and 2011 only) and am not going to evaluate them as their own individual signals.  I have marked the day counts on the charts below.  I am not a numerologist, nor do I believe in such things, but I do believe in repeated patterns as human nature acts on our decision making.  I chose the first day count as the first day down from the peaks and have provided arrows for the days I counted as tops and bottoms thereafter.  The dotted vertical line marks the ratio low being hit the first time. 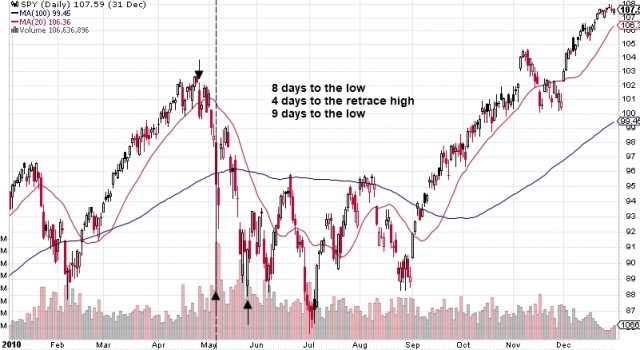 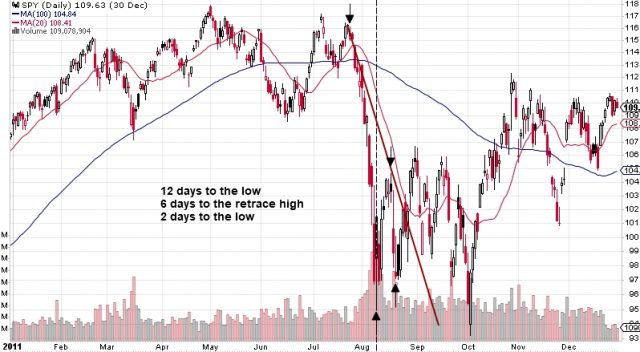 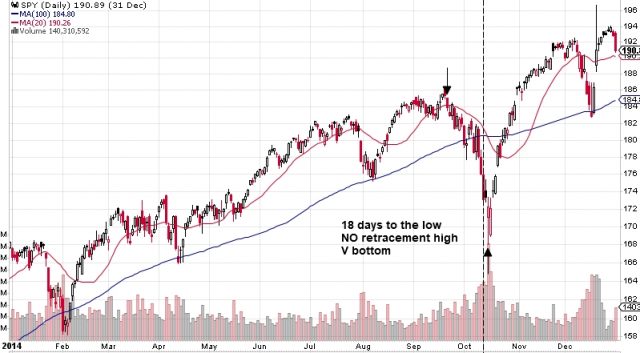 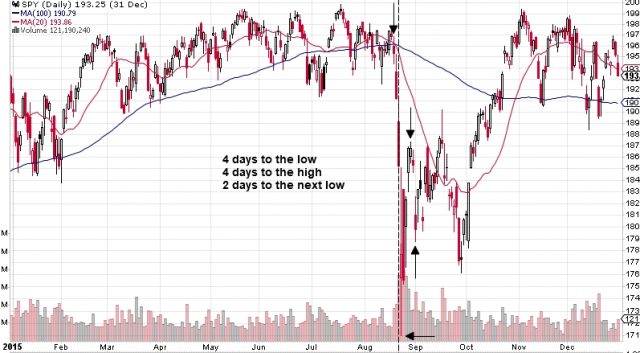 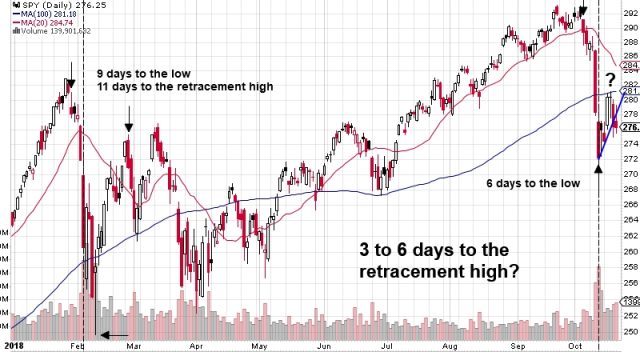 In most cases, the initial retracement peak was established in 50-100% of the time it took for the decline.  2014 was the only exception and is certainly a possibility, but was the outlier in the group.  Nonetheless, I want to be clear that we’re not in the prediction game, BUT it can be helpful to have an IDEA how things usually play out.  Using these observations, can we assume that a retracement peak arrives within 3 to 6 days from the low?  In this case, Wed, Oct 17th was Day 4.

Personally, I think the hourly timeframe has already realigned short.  Additionally, the leader of this decline, the Russell, has already returned to its low suggesting that SPY is heading there next.  I am net short, but I am playing for a short-term decline only since there are a number of market conditions that strongly suggest that an intermediate low is close.  Notice that in both of the charts below, some of the declines had lower lows in the weeks ahead. 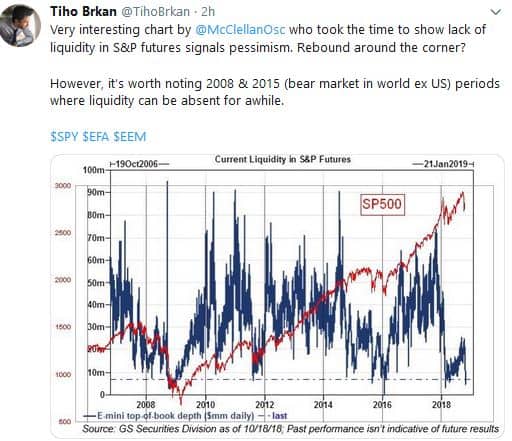 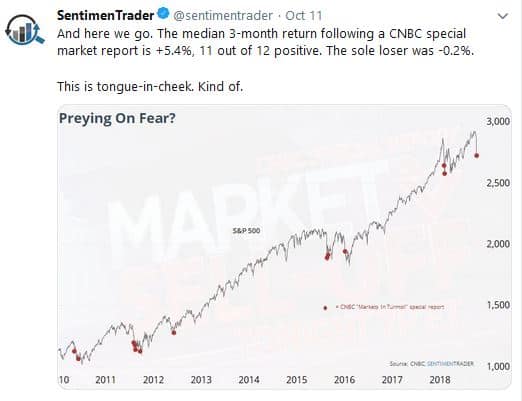 Additionally, I would like to add a chart of the $CPCE Equity Put/Call Ratio suggesting an intermediate low is near. 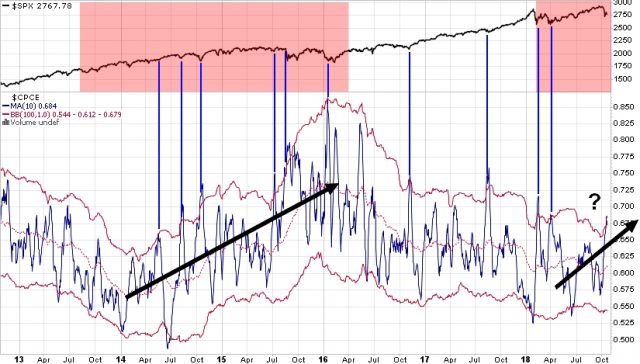 I have highlighted in red the periods where monthly $SPX was declining in momentum.  You can see during those times the $CPCE trended upwards which is why I am expecting the Ratio levels to increase over the next year.  I choose to view it with a Bollinger instead of with absolute levels to view it on a more relative basis.  I really don’t know if we’re going back to the highs when this decline is over or not, but either way, price discovery will let us know in due course.