Since there’s no great way to paraphrase this, I’m just going to share with you this clipping from the morning paper, which I encourage you to read in its entirety. And, no, this isn’t The Onion.

Now, look, I hate to be one of those “back in my day” guys, but……….when I was around this age, the most popular movie was Fast Times at Ridgemont High, and the dreadful offense being referred to here was portrayed in this scene: 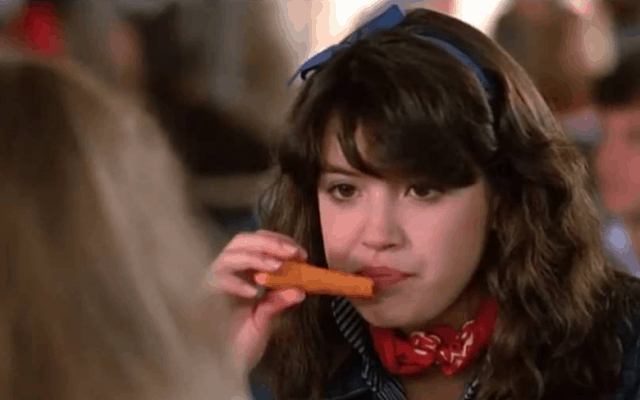 People didn’t burn down the theatre. We didn’t start suing one another. No chairs were pulled out of the floor. People just laughed (and approximately 50% of the audience retained vivid images of Phoebe Cates for the rest of their lives).

This is clearly no longer the case. Here we have two 16-year old kids in high school who were for some amount of time a couple. They broke up. The boy made some rude joke about her. And all hell breaks loose. Specifically:

My hand to God, whoever wants to invade and take over the United States could probably do so with a butter knife at this point.