My daughter went back to university on Saturday and that was the end of the holidays for me. They were the most relaxing for me in years which was nice, but all good things come to an end.

The UK is back on full lockdown until at least March due to the new COVID variant and that may last into the middle of the year. This new variant is much more transmissible it seems and many UK hospitals are close to being closed to new admissions, so the impact on health infrastructure is considerably greater than it was in the first wave of infections. This is the second wave. There are some cases of this new variant in the US but hopefully it won’t become widespread.

There were three waves in the 1918 pandemic, but with luck the new vaccines will allow us to skip wave three. It will of course take several months to a year to vaccinate everyone who wants a vaccination though. On to the markets. 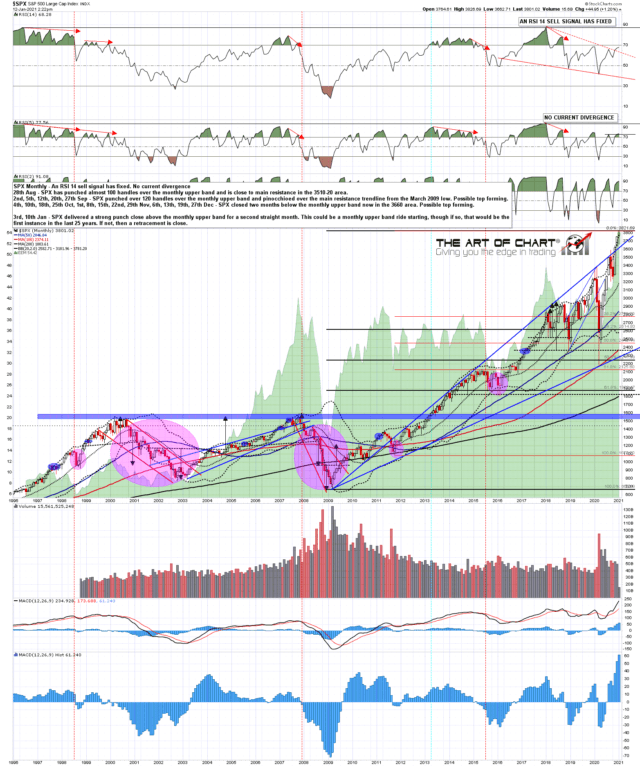 On the daily chart the RSI 5 sell signal hasn’t quite failed, but at this stage I’d like to see a secondary divergence set up. That would require a retest of last Friday’s high which seems likely, as the current short term setup on SPX looks like a bull flag forming. 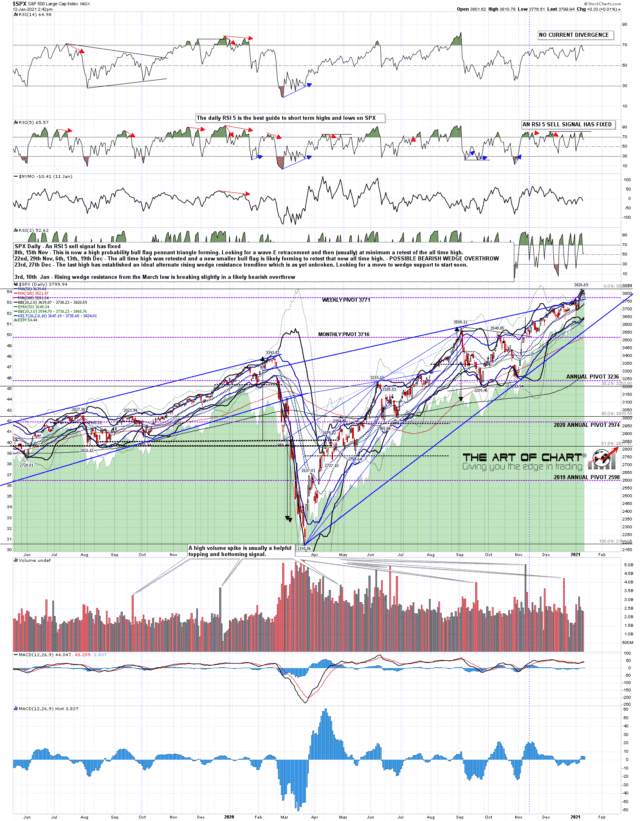 I’ve been doing some work looking at possible targets if SPX does break up and we see a spike comparable to the highs in June and early November and I’ll be looking at that in my next post. In the meantime though I’d note that in that event, the likely target area would be 4000-4100. 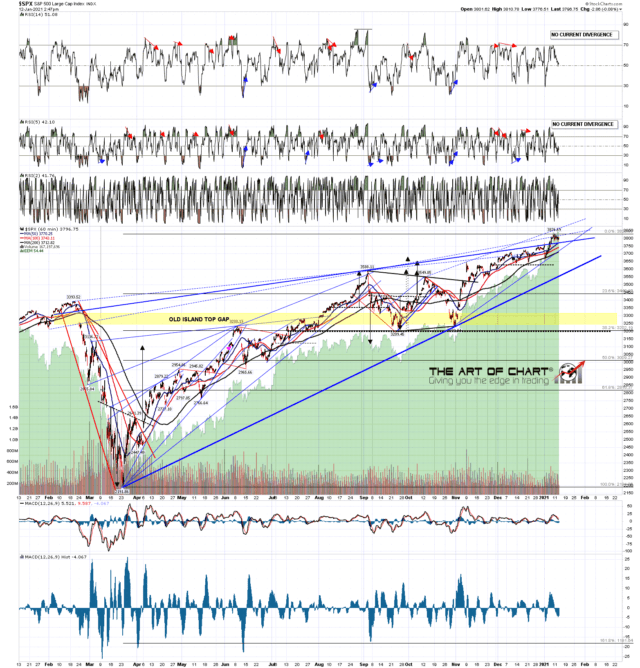 NDX led the move up into the June high, but has lagged since. I don’t have an overall pattern from the March low, but I have a high quality rising wedge from the November low that has overthrown slightly. 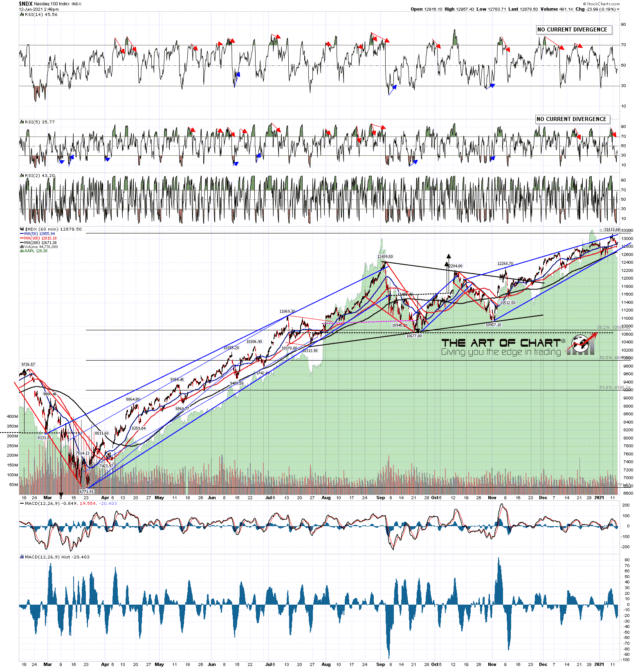 In the short term on SPX the high on Friday made the second high on a decent double top. That double top broke down at the lows today so we have the usual inflection point where price can either head down towards the double top target in the 3740-3 area, or reject back up into Friday’s high. I’m leaning towards the rejection back into the all time high retest option and, if seen, will be looking for weakness there. 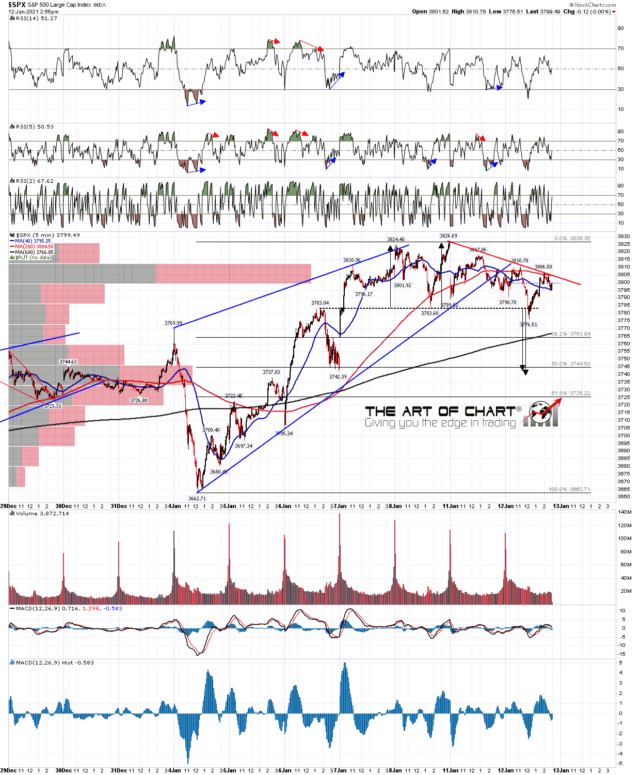 We are running our next Trader Boot Camp at theartofchart.net starting 18th January and this is extremely competitively priced and covers a lot of territory. If you’re interested you can read more about that here.

Planning to do my next post tomorrow or Thursday and in that post I’ll be looking at extreme upside targets on SPX if price breaks up from what remains the obvious topping area here. Until then 🙂